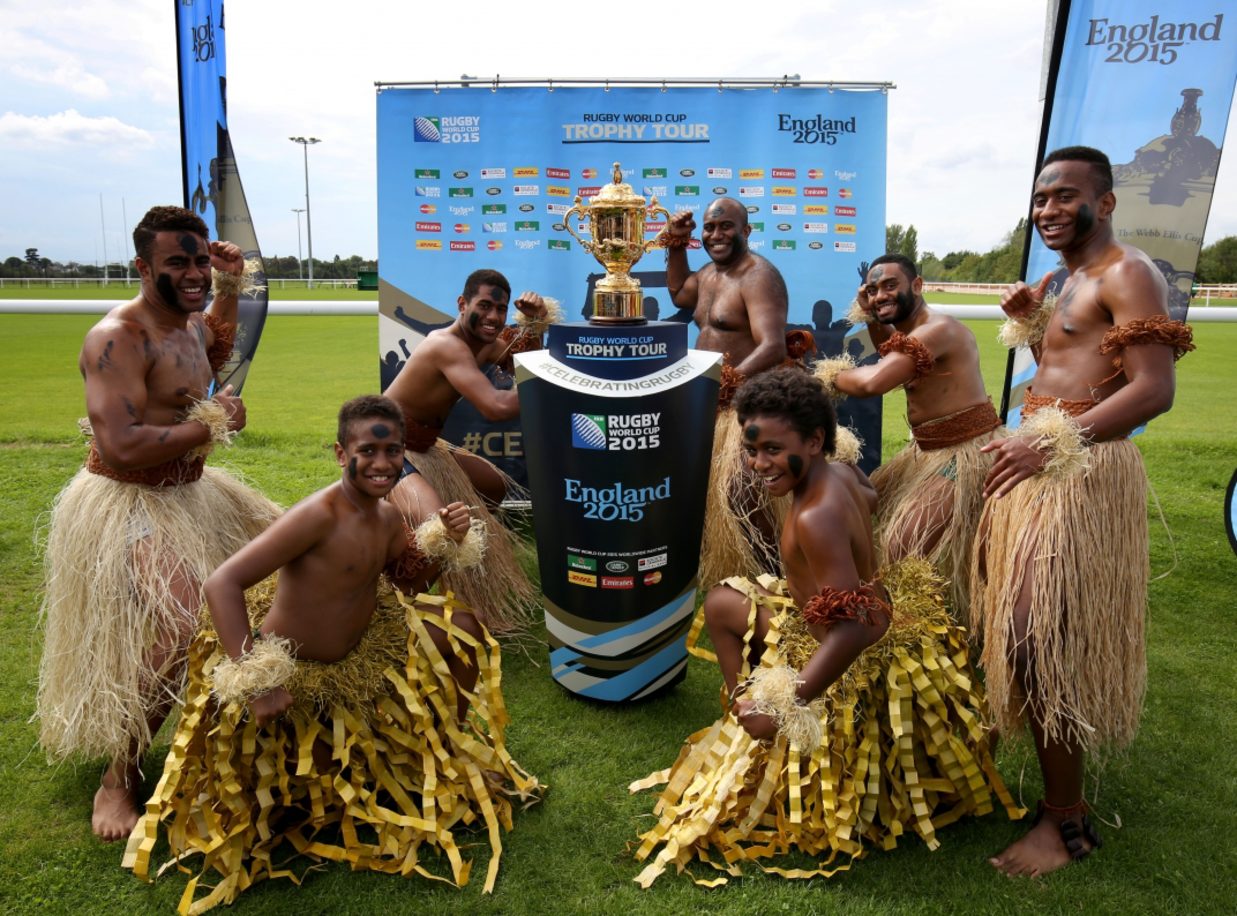 More than 600 supporters and members of the local Elmbridge and Spelthorne communities, were in attendance to see the iconic Trophy make its way to the home of London Irish, where it was on display from 1pm to 3pm.

A minis rugby festival ran throughout the day with representatives from Staines, London Irish Amateurs and London Welsh competing in a round robin competition.

Alongside rugby activities, there were also musical and cultural performances, including a Fijian Cibi and a Welsh choir representing the nations that will be using Hazelwood as a Team Base during Rugby World Cup 2015. Guests also enjoyed an Irish Dance performance in celebration of the Club’s heritage.

Launching on June 10 - 100 days to go to the opening match - rugby’s greatest prize, the Webb Ellis Cup, has travelled through Scotland, Northern Ireland, the Republic of Ireland, Wales and England counting down to the start of the Tournament before it arrives at Twickenham Stadium on September 18 ahead of the Opening Ceremony.

For those of you that haven’t been able to get tickets for the Rugby World Cup, there will be live big screenings of all Rugby World Cup matches throughout September and October at Hazelwood. For more Information please visit www.hazelwood-centre.co.uk.