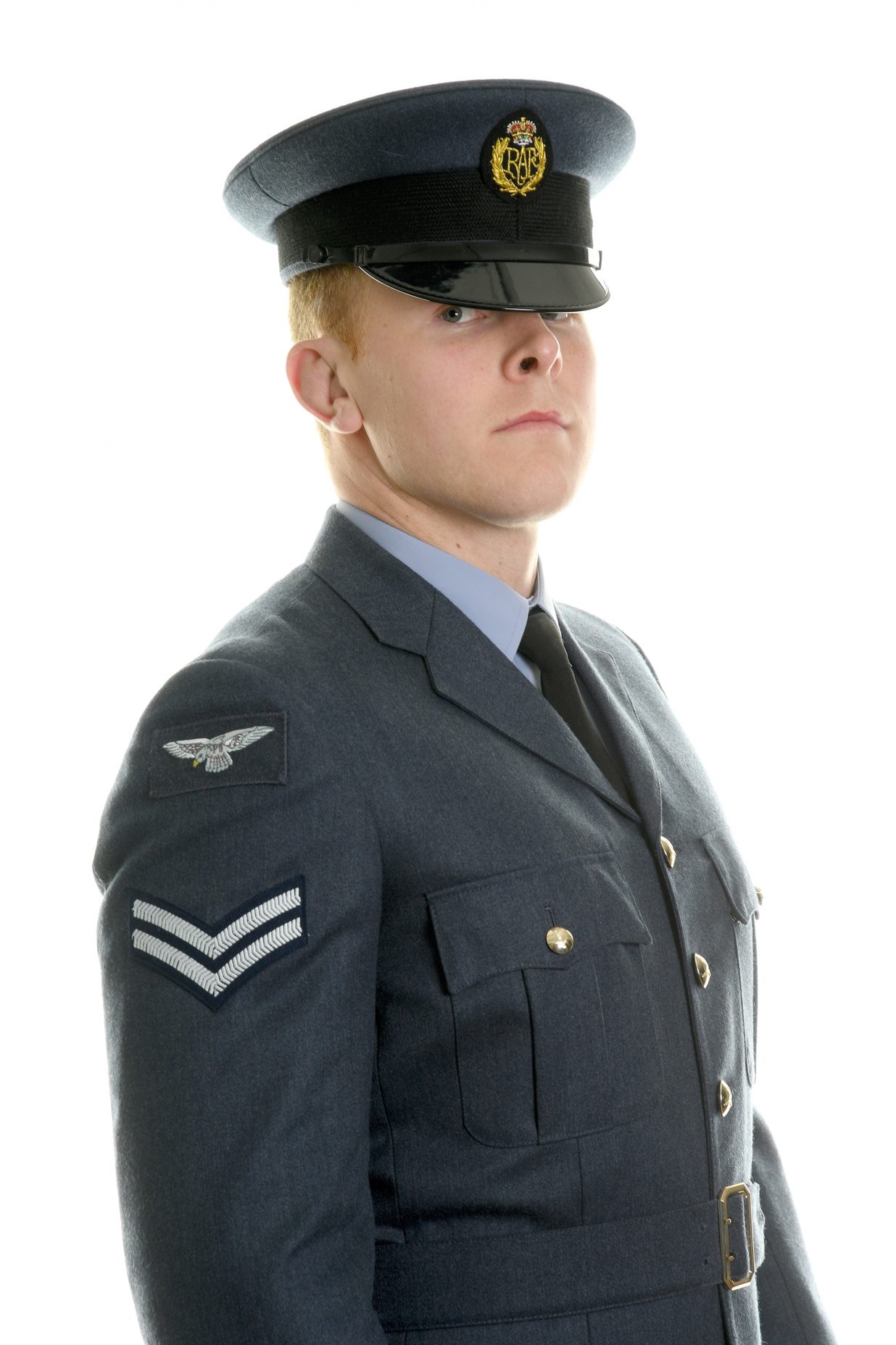 McNally, an RAF corporal himself, hopes the day will inspire the next generation to sign up to a career in the military.

“My inspiration for joining the RAF came from my father, who was an engineer in the army,” said McNally, 26.

“I thought that my dad might be against it, but he’s done some work for the RAF before and he encouraged me to join from college.

“I like the variety of what you can do in the RAF each day, and even though you have a specific role, every day is different.

“There’s a real family ethos within the RAF, which is like rugby and you need the same teamwork, mentality and leadership qualities in both disciplines. The people you work with become your family and the RAF ultimately drives me on to be better every day.”

It is fair to say that McNally has taken an unorthodox path to becoming a professional rugby player, the Cambridge-born lock having caught the eye of London Welsh while stationed at RAF Brize Norton.

“I was playing for Henley Hawks and I remember realising how much of a step up it was, but I kept going and I was soon playing for London Welsh and then London Irish.

“The RAF have been extremely supportive throughout the process and they will be until the day I retire. I’m one of those guys who hasn’t come through the traditional systems of an academy, or a county set-up.

“I joined the RAF not only to play rugby, but to explore different sports and to travel the world. It was quite early on that I realised that rugby was a decent career path to pursue.”

McNally was part of the RAF side that became Inter Service champions last week by virtue of their victories over the Army and the Navy. A fitting way to mark the RAF’s centenary celebrations, McNally said: “The lads have been working extremely hard all year and it’s great to see their hard work paying off.

“Playing RAF rugby is a refreshing challenge and it’s great to be able to use my experience of playing professional rugby.

“We’ve been slowly improving over the last five years and we’re now in a position where we’ve won our last two games to be crowned champions.

“If I can keep bringing back that knowledge from the professional arena into the RAF set-up, that would be great. I’ve been preparing for the Saracens game, but I heard that the team had a good time celebrating.”

Now into his ninth year in the RAF, McNally has made a concerted effort to understand the history of the institution. A conversation with former RAF serviceman and British Lion Peter Larter educated McNally further as he goes from strength to strength in the military services.

“It was great to meet Peter and we had a really good chat about how rugby and the RAF has changed over time,” said McNally.

“He’s now on the RFU Citing Commission and is still very much involved in rugby. The RAF family just keeps on growing – whether it’s the first year or the 100th year, the traditions within the RAF have remained the same.

“All three militaries are great careers, but I’ll always be biased in saying that the RAF is the path to take. It just gives you a different opportunity in life and you can have so many life experiences.

“A lot of people can have a flash bang 10-year career, but after seeing my father being in the army for 22 years, I see myself having a long career and taking as much out of my experience as I can.”

The Exiles are marking the 100-year anniversary with a flurry of activities taking place in and around the ground, including a Guinness World Record attempt from RAF servicemen at half-time. Two members will be attempting to break the world record for the most drop-goals in three minutes to raise money for the RAF Benevolent Fund.

The duo are part of the Horus 7s, a team made up of RAF personnel created after corporal Rob Bugden was left paralysed from the waist down with no dexterity in his hands following a parachute accident. As a team they have raised more than £4,000 for charity through a number of activities including a previous world record for playing the longest sevens game.

“I know a lot of the guys from the Horus 7s and I know a lot about the story behind their fundraising,” said McNally.

“It was a terrible accident that left him paralysed and the guys have been working tirelessly to raise as much money as they can to ensure that his quality of life is as good as possible. Phil Thomas is running it and they’ve done really well to raise the awareness of it.”