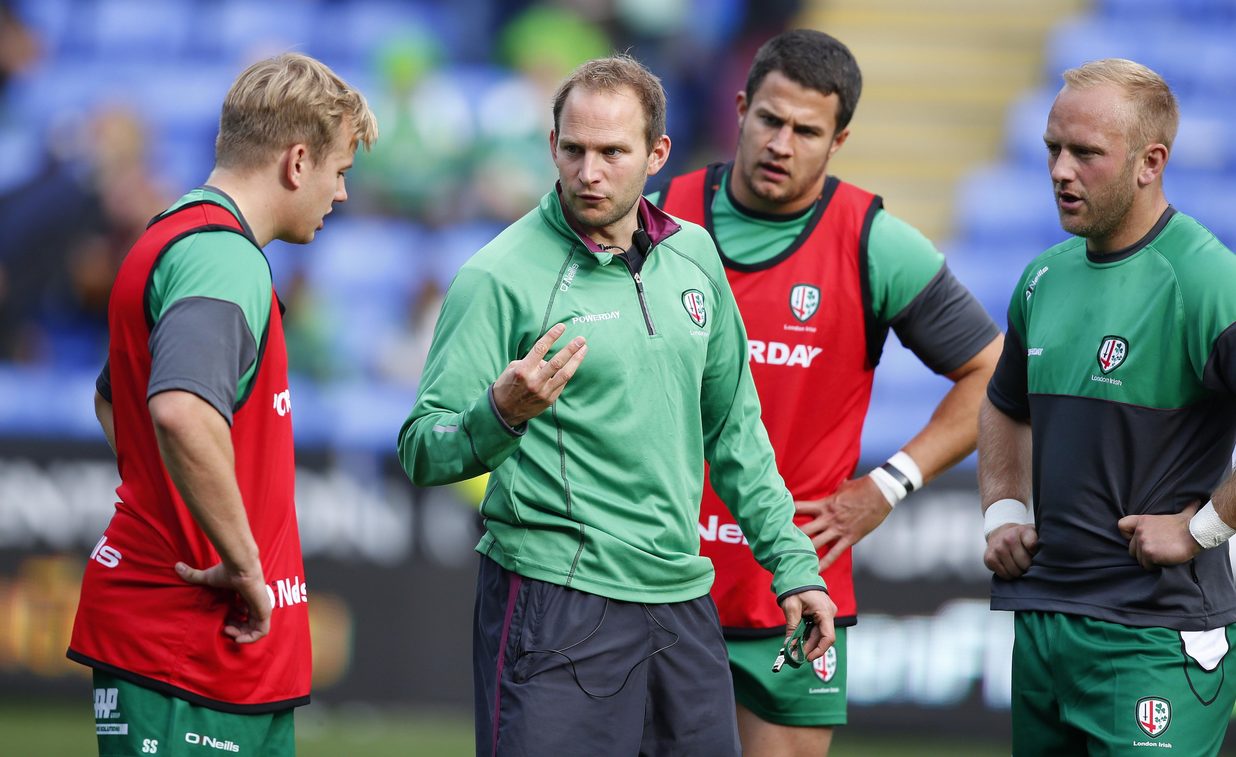 London Irish Assistant Coach Richard Whiffin was delighted to see the hard work put in during the week pay off as London Irish blew away Edinburgh at the Madejski Stadium on Saturday.

Irish picked up a 38-6 win to top pool five in the Challenge Cup, with the returning Andrew Fenby bagging a hat-trick. But for Whiffin it was keeping the visitors out that impressed him the most, saying: “We’ve put a lot of work into our defence and to not concede a try was outstanding, I was really pleased with the boys and all the effort that has gone into the defensive side.”

What will please the supporters was the attacking display, going over for six tries against an Edinburgh side that were unbeaten in their first two matches in Europe. Whiffin said that this was also down to work in the week: “Scoring six tries against anyone is an impressive display, it was good to see a couple of training ground moves work perfectly, the boys played with intensity and wanted to get stuck into the Edinburgh team so we threw the ball around.”

The dominant display was the perfect response from Tom Coventry’s side after the disappointing defeat to Harlequins and Whiffin was quick to put praise on the supporters saying: “The supporters have been fantastic all year and we probably owed them. The Harlequins game was a derby game so we were really disappointed that we didn’t put in a performance on the field that we could be proud of.

“We were pleased to turn it around and give the supporters something to get hold of and hopefully we can use Saturday’s win as a springboard for the rest of the year and start putting in some back to back performances.”

Andrew Fenby wasn’t the only player to return for the win, with Shane Geraghty, Sean Maitland and Ofisa Treviranus coming into the team and all playing a part in the victory: “Ofisa made 19 carries and over three quarters of those were over the gain line, he really put a dent in the Edinburgh defence. Sean showed his class, was strong throughout, good in the air and made the most metres made post contact.

“It was a good way for him (Fenby) to get back into the team, he got his three tries and showed his attacking talent, he knows his way to the try line. And it was good for Shane, he had four weeks off to get over some niggling injuries and you could see he was fit and firing and I thought he controlled the kicking game really well.”

Friday night sees London Irish travel to Murrayfield for the return game, but Whiffin believes it will be a strengthened Edinburgh side making it a much different prospect: “We knew they had rotated a few players and expect maybe nine or ten changes, bringing in that Scottish front row which has been a massive corner stone of their team. We expect it to be a challenge, but it’s a challenge we want to meet head on.”

An Irish win would move them into a dominant position to qualify for the knockout stages of the Challenge Cup and Whiffin says the team are looking for a similar performance on Friday Evening:  “We’re in control of the pool now so if we can go up there and get a result then it is in our own hands. We know it’s going to be tough but we will be going up there to compete and try and put in back to back performances.”