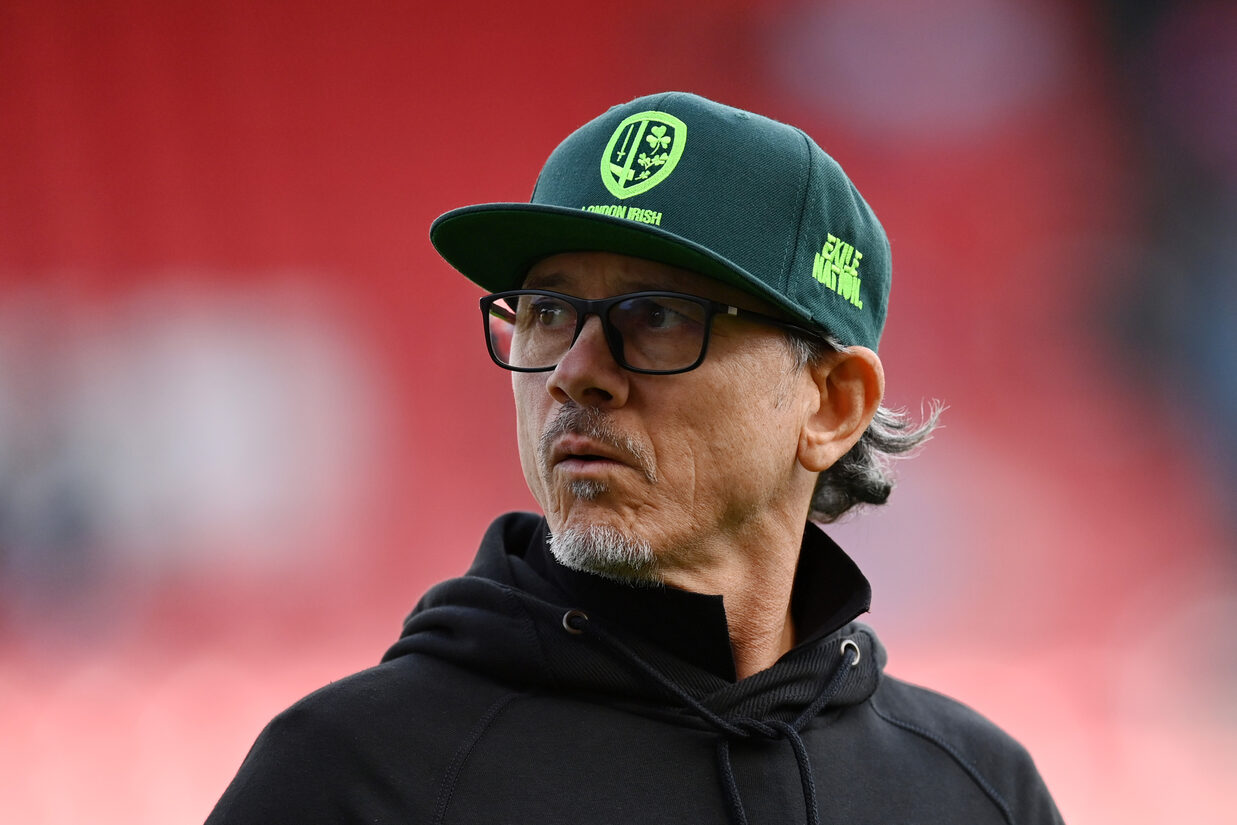 London Irish Head Coach Les Kiss commended his side’s never-say-die attitude against Bristol Bears, as the Exiles walked away with two bonus points in a 40-36 defeat at Ashton Gate.

Ben White and five points from Paddy Jackson’s boot lifted the traveling outfit into the lead early on, but the game was typical of recent meetings of the sides where momentum fluctuated as Bristol secured their try bonus before half time.

The Exiles bookended the second period firstly with tries from Henry Arundell and Jackson and then through Isaac Miller and Benhard Janse van Rensburg to close out the affair, but it wasn’t enough for a first away win in the Premiership this season.

With Bears scoring six tries to Irish’s five on the day, Kiss stated Irish’s need to prolong the purple patches the team earn on the field to further improve.

“We started really well, I thought we were organised but also very clinical,” Kiss praised.

“We got off to a 10-0 start and then we had a patch where we weren’t quite on it - a bit untidy, a couple of loose balls and we weren’t as direct as we usually are in creating the space.

“That put Bristol on the front foot, and we struggled into half time.”

Scores arriving from Bears’ Luke Morahan, Will Capon, Ellis Genge and Harry Randall, as well as White’s temporary dismissal, put Irish to the sword but the Exiles responded in trademark fashion through Arundell and Jackson’s running rugby.

“The second half though, I thought the boys came out and really turned it around but a couple of quickfire tries just turned the game again and we’re up a hill again.

“The boys never give up, they just kept going and we were very close to turning that result around there at the end.

“The way we started and the way we finished, we have to be able to start putting more moments like that in the middle of our game.” 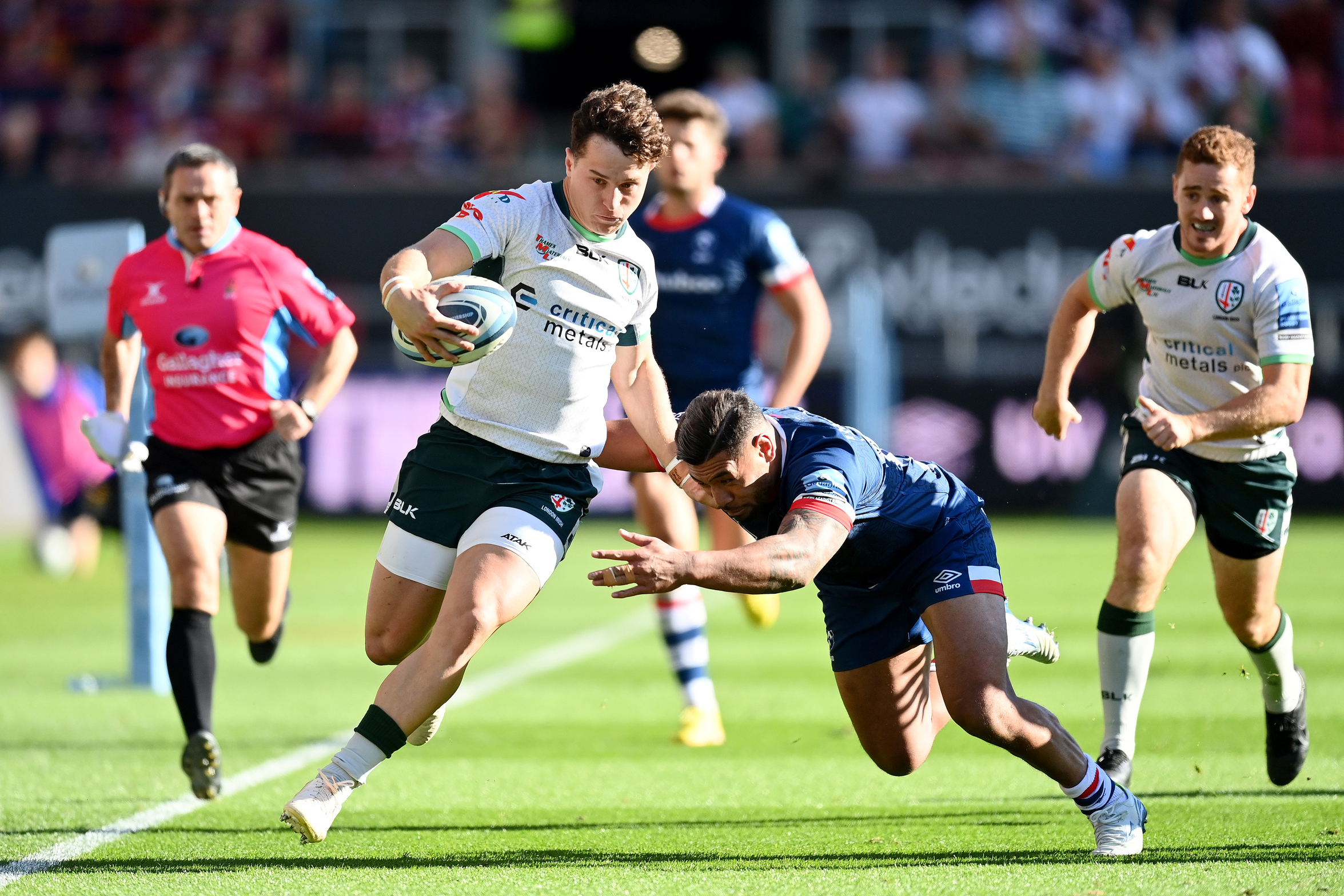 Demonstrating the resilience shown in Northampton last week, Irish saw out playing with a reduced complement with no points conceded and reducing a 16-point deficit to a mere two-point margin.

Kiss divulges on the messaging sent in the changing rooms at the break as Irish looked to fight their way back into the contest.

He continued: “We had Ben White in the bin, so it was about handling that patch of the game and putting a plan together for that.

“We talked about not trying to do the magic things early, and just to do the principles of our game in being really solid in how we wanted to work and play fast, even though we were a man down.

“We have proven in the past that we can score tries with 13, 14 men, so we just wanted to keep the foot on the pedal and be confident in backing our skillsets.

“I think the boys did that for the third quarter, but then we let Bristol off the hook a little, and it was costly.”

Irish now sit seventh in the table after the completion of Round 3 of the Gallagher Premiership, with the Head Coach confident that maintaining consistency in their game plan throughout will see a boost in prosperity for the Exiles.

“It’s about being more consistently potent with the game that we can play, if you have a few errors or you give a couple of penalties away, it gives opposition like Bristol Bears an opportunity to do what they do well.

“Channelling that potency in a consistent way is something we have to put throughout our 80 minutes.

“We’ll have down patches, but I think we had a few too many where we let the opposition gain confidence in their game.” 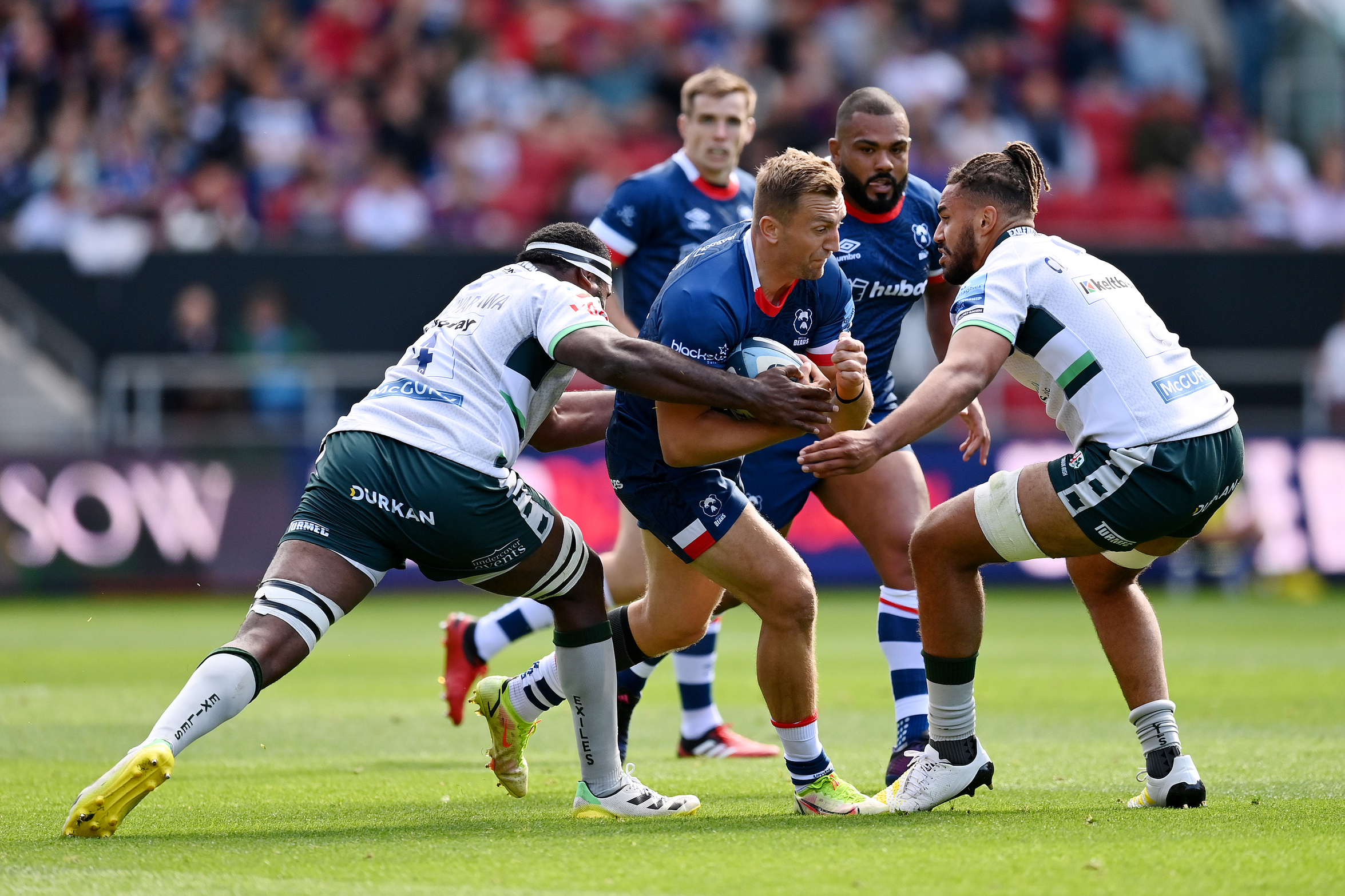 With 103 points accrued across three Premiership league matches already, Irish top the charts in tries scored (15) also with their offensive flair as prevalent as ever before.

Ahead of a final week in the first block of the season before a bye week, Kiss maintains a positive outlook in what lessons London Irish can retrieve approaching another Premiership Rugby Cup- Gallagher Premiership double gameweek.

“When we did attack with our possession game, I was really pleased that we could make yards and penetrate where we want to penetrate within in our game plan.

“When the forwards worked hard and our backs cleaned up like they did, I was very happy with that.

“However, those moments have to be patched together more tightly and we have to be better between moments that do not allow the opposition to get their head up and feel like they are on top of their game.

“We just need to squeeze those moments a little more and become just a little harder to break down.

“Our defence has improved immensely this year, but there were some soft tries, not down to soft defence, just soft moments.

“Again, the way we just kept coming back at the game and chasing the win, is very gratifying from that perspective.”