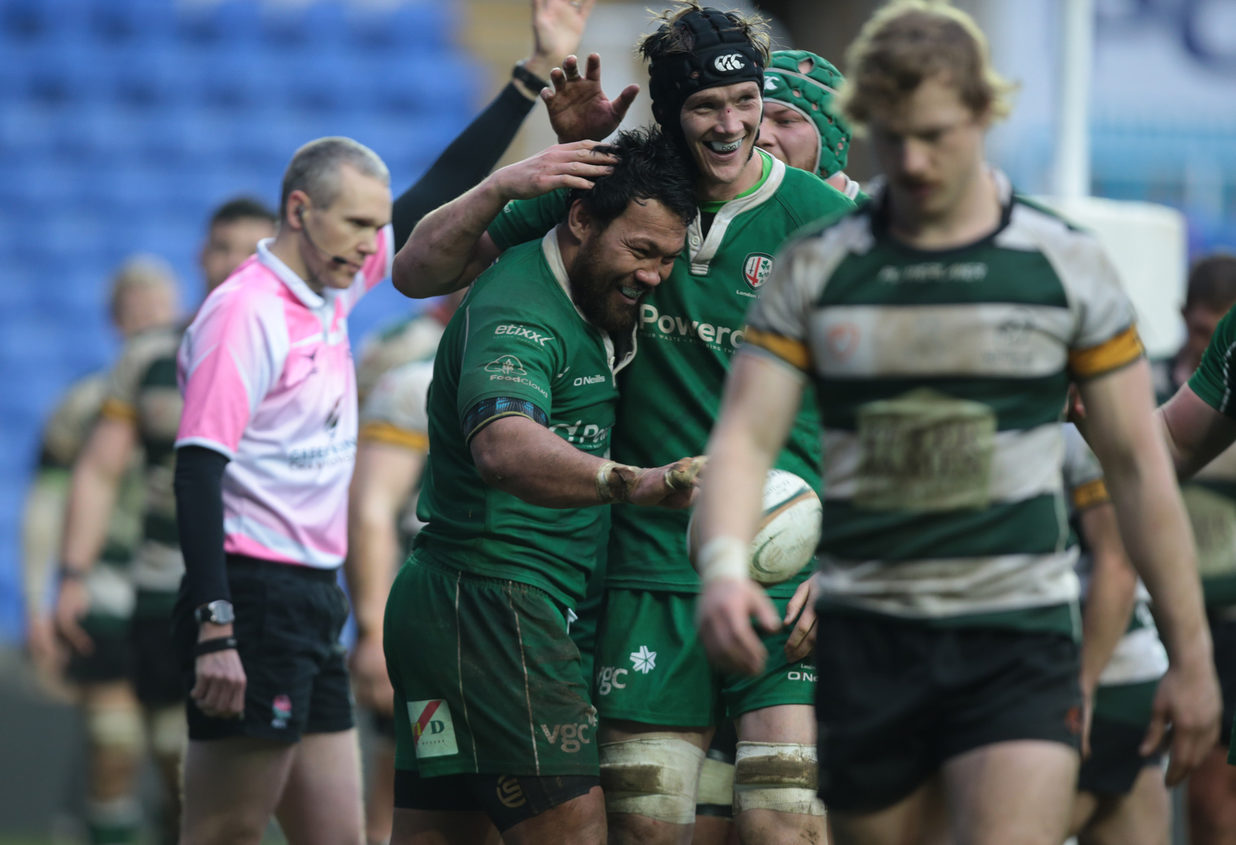 Ofisa Treviranus is now one outing away from reaching a century of appearances for London Irish as the Exiles welcome Rotherham Titans to the Madejski Stadium tomorrow in the Greene King IPA Championship (kick-off 3pm).

The stocky Samoan will pull on the famous green jersey for the 99th time this weekend, having joined the club in 2011 and is named in a side that has eight changes from the league encounter with Jersey Reds last month.

Winger Joe Cokanasiga, a prominent member of the England Under-20s Grand Slam-winning squad, starts on the wing, while Fergus Mulchrone and Aseli Tikoirotuma combine at centre. Full-back Greig Tonks, who also penned a new deal with Irish this week, orchestrates affairs at full-back.

Up front, Jebb Sinclair and Mike Coman get the nod at second row and blindside flanker respectively, while Danny Hobbs-Awoyemi packs down at loosehead. Top points scorer for Irish this season, Tommy Bell is amongst the replacements as he makes a welcome return from injury.

This weekend’s contest marks the Exiles’ final regular home league game of the season, Director of Rugby Nick Kennedy keen to see his charges perform well as the campaign reaches its climax.

“Training has been very good this week, with everyone itching to be selected in the squad for tomorrow’s game,” said Kennedy.

“We are now at a crucial stage in the season and there is a lot of competition for places, which is great to see.

“Rotherham were a tough test for us in the reverse fixture before Christmas and this weekend will be no different. We must apply ourselves in every area of our game as we head into this next block of games, which will define our season.”