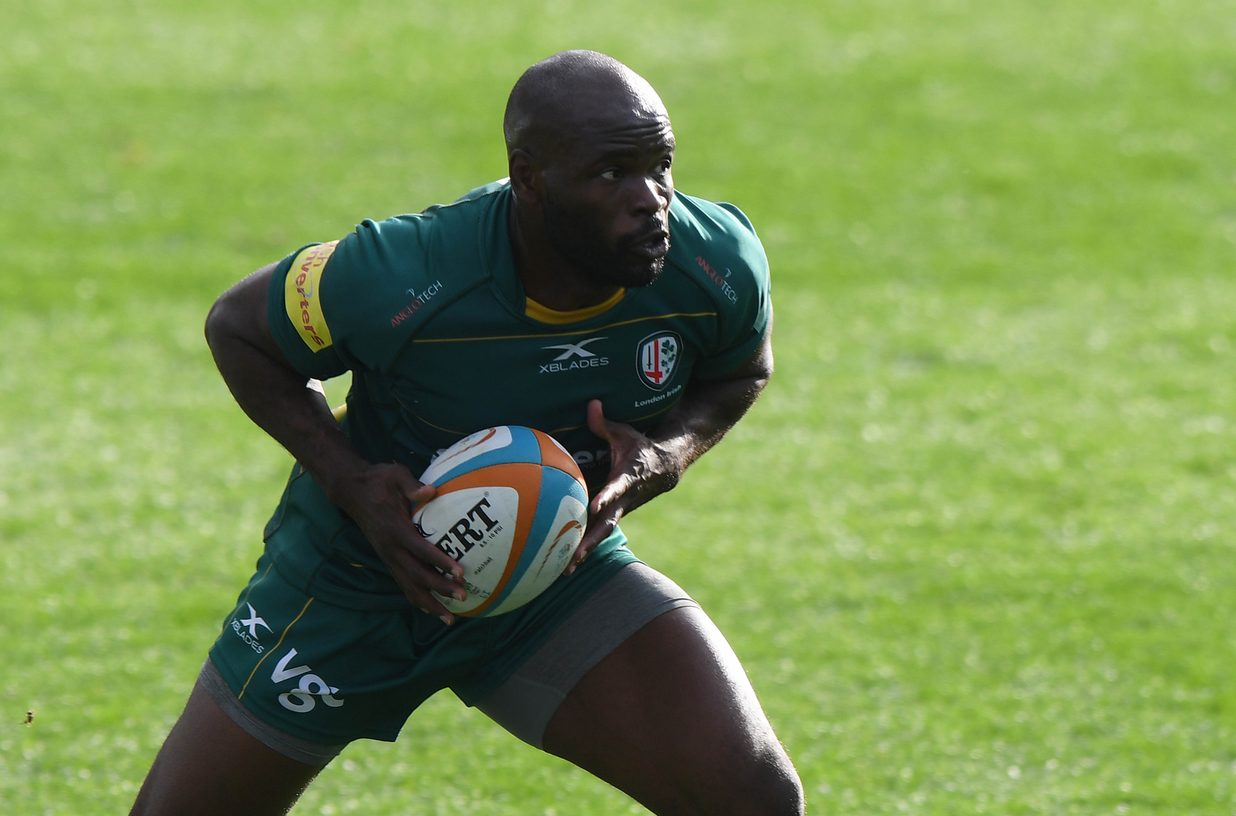 London Irish winger Topsy Ojo will become the most capped Exile of all-time when he runs out against Cornish Pirates at the Madejski Stadium tomorrow (kick-off 3pm).

The one club man is set to make his 291st appearance for the club, surpassing the record previously held by David Paice.

Now into his 15th campaign with the Exiles, the club record try-scorer is on the brink of inking his name into the history books.

“I’m really proud to be reaching this milestone and I will definitely look back on this with immense pride when I eventually finish playing,” said the England capped flyer.

“I’m looking forward to the game this weekend and it will be really nice for my kids to run out with me.

“This is a big game, so the whole occasion is set up nicely.”

Ojo returns to the starting line-up after missing last week’s victory at Doncaster Knights, the experienced campaigner one of six changes for the visit of Pirates.

Whilst Ojo closes in on 300 appearances for Irish, Ollie Hassell-Collins will be making his senior debut, the 19-year-old winger having come through the Exiles’ academy ranks.

Hassell-Collins gets the nod on the left wing, with Bryce Campbell and Brendan Macken starting at inside and outside centre respectively. Italian international Luke McLean occupies the full-back berth, while scrum-half Brendan McKibbin and fly-half Ben Meehan continue at the heart of the Exiles’ backline.

Motu Matu’u retains his place at hooker after dotting down for one of Irish’s four tries at Castle Park last weekend, with props Danny Hobbs-Awoyemi and Ollie Hoskins packing down either side of him.

Josh McNally captains the side and partners Teofilo Paulo in the engine room, while Jake Schatz, Blair Cowan and Matt Rogerson combine in the back-row.

Stephen Myler makes a welcome return to the bench, with fellow replacement Harry Elrington set to make his 50th appearance.

“They’ll be looking to bounce back from last week’s narrow defeat to Bedford Blues and we are well aware of the threats that they pose.”

Paying tribute to Ojo, Kidney added: “Topsy is a great servant to London Irish and is a credit to his profession.

“He’s looked after himself year in, year out and is a role model for all of our academy players.”

Tickets for the game are available by calling 0118 968 1016 or book online at ticketing.londonirish.net.