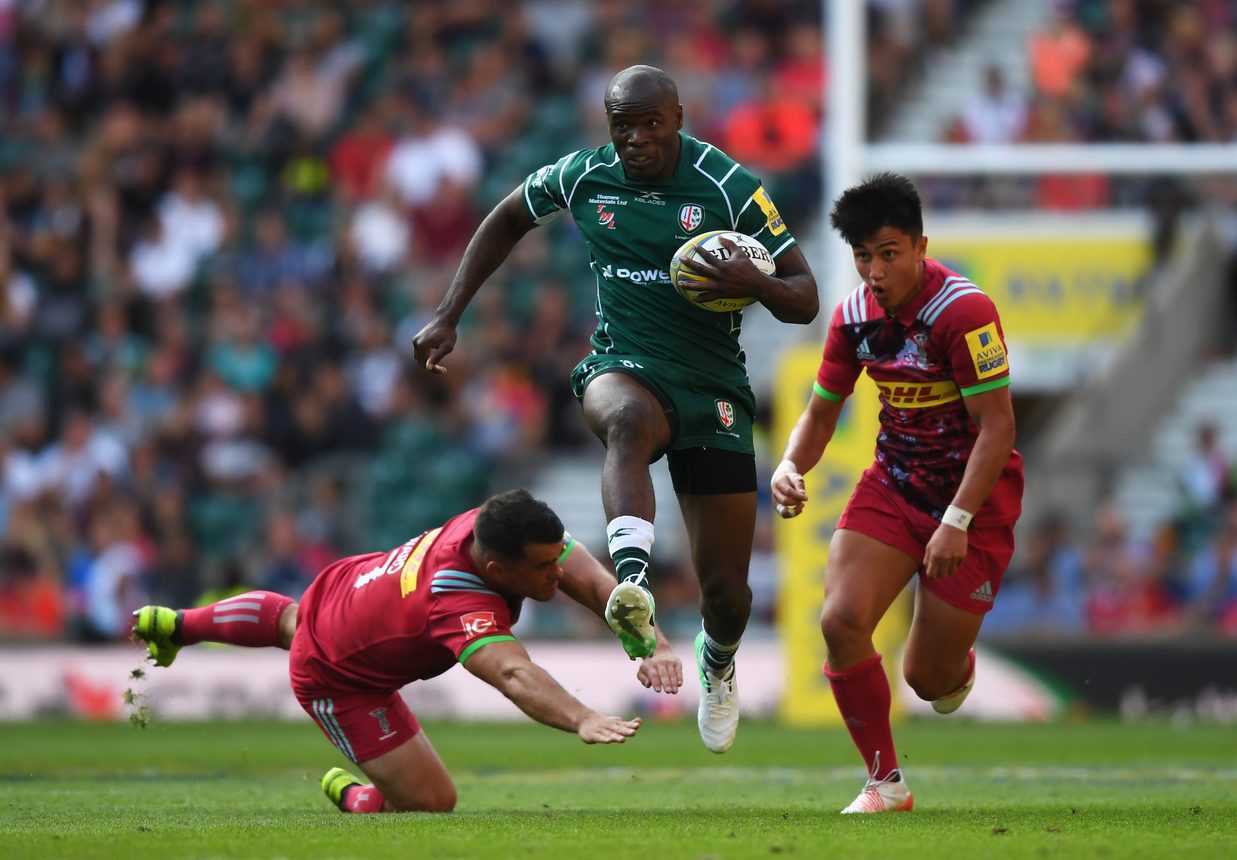 Topsy Ojo will break London Irish's appearance record when he skippers his side against Stade Français Paris in the French capital tomorrow (7.45pm BST).

The 32-year-old will surpass Justin Bishop's record of 280 appearances at the impressive Stade Jean-Bouin.

Signing professional forms with Irish in 2003, Ojo soon became a firm fixture in the Exiles' ranks and has since inked his name into the record books by becoming the all-time club record try-scorer.

The London-born flyer has a rich pedigree on the European scene, having represented Irish in the 2006 Challenge Cup Final and the dramatic 2008 Heineken Cup Semi-Final against Toulouse at Twickenham.

Racking up 18 tries in the European Rugby Challenge Cup, the most of any player taking part in this season's competition, Exiles director of rugby Nick Kennedy has paid tribute to the one club man.

“Topsy has been a fantastic servant to London Irish and he's been a truly inspirational figure throughout his time at the club," said Kennedy, who played with Ojo for more than a decade.

“To break the appearance record is an outstanding achievement and it is testament to his professionalism and the way in which he's looked after himself season after season.

“He's in great shape and he still has the hunger and desire to pull on the green jersey for many more games to come.

“I speak on behalf of everyone associated with London Irish in congratulating Topsy on this momentous milestone.”

Kennedy has made one change to the team that welcomed Edinburgh Rugby to the Madejski Stadium last weekend, with Teofilo Paulo replacing Josh McNally in the second row.

Fergus Mulchrone is named among the replacements, the powerful centre making a welcome return from a hamstring injury picked up following Irish's opening weekend triumph over Harlequins.

Relishing the prospect of taking on the reigning European Rugby Challenge Cup Champions, Kennedy said: “Playing in France will test our guys both mentally and physically and we're all looking forward to the trip.

“The Stade Jean-Bouin is a terrific stadium and these are the games that you want to be involved in as a player. Stade Français will be keen to bounce back from last week's defeat against Krasny Yar and it's important that we match them physically from the word go.

“We've addressed a number of things from the Edinburgh game and I'm looking for us to improve in certain areas.”