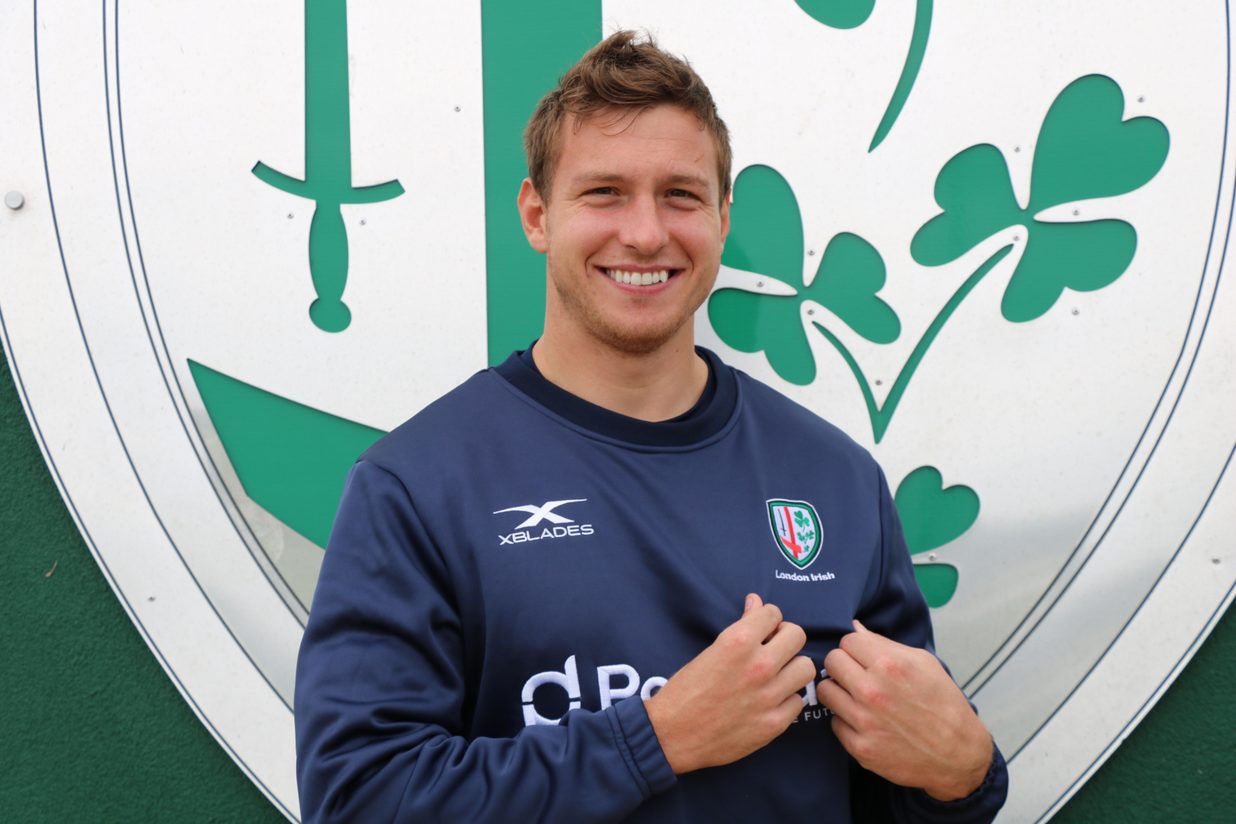 Irishman Macken starts at outside centre and is the one change to the team that defeated Nottingham 52-20 a fortnight ago.

USA international centre Bryce Campbell is named amongst the replacements, which also includes Ollie Hoskins who makes a welcome return to the squad following an injury sustained on the opening day of the season.

Two wins out of two, having secured victories over Ealing Trailfinders and Nottingham, prior to having a gap week last weekend, the Exiles will be looking to regain momentum against the Blues.

The Goldington Road outfit have made a solid start to the campaign, winning two out of their first three league games.

Exiles director of rugby Declan Kidney is expecting a stern test from a side that have been a tough proposition in the Championship for many years.

“We’re looking to keep improving as a team and we know that we need to get better week on week,” said Kidney.

“We’re under no illusions about the challenge that faces us this Sunday against a team that is one of the form teams in the Championship.

“Last weekend they fought back well in the second half after Coventry had taken a big early lead, so we know that we will need to be fully focussed for the 80 plus minutes.”

England capped fly-half Stephen Myler has hit the ground running since his summer move from Northampton Saints, the Premiership-winning No. 10 notching up 22 points with the boot already this term.

“We know it’s going to be a tough game and we’re ready for everything that they throw at us,” said Myler.

“It’s nice if I’m kicking the points here and there, but that’s not how I’ll judge myself as a player - that’s an added bonus to what I can contribute to the team.

“I’m looking to improve other aspects of my game and keep contributing to the team as best I can.”