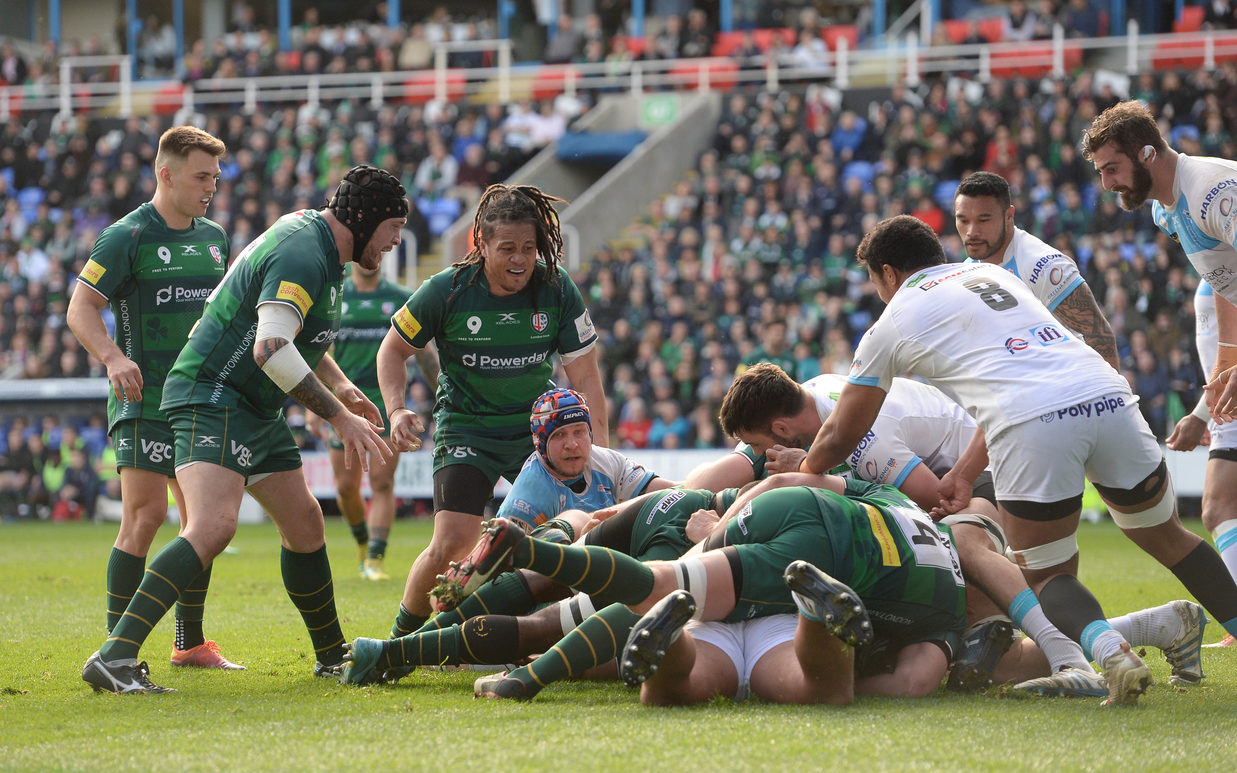 London Irish have named the side to play Cornish Pirates at Mennaye Field tomorrow in Round 19 of the Greene King IPA Championship (kick-off 2.30pm).

An unchanged front row sees last weekend’s Paddy Irish Whiskey Man of the Match Gordon Reid start at loosehead, with Ollie Hoskins at tighthead. After making his 50th appearance for the Exiles at the St Patrick’s Party game, Dave Porecki retains his place at hooker.

Josh McNally captains the side from the number 5 jersey and partners Franco van der Merwe in the second row.

An imposing back row consists of Fijian international Albert Tuisue at blindside flanker with Samoan international TJ Ioane on the openside. Fellow Samoan Ofisa Treviranus completes the pack from number 8.

Fergus Mulchrone makes a welcome return from injury to play at inside centre for what will be his 99th appearance in the London Irish jersey. Fresh from scoring two tries against Doncaster on Saturday, Tom Stephenson will be looking for more of the same as he starts at 13.

An unaltered backline sees Luke McLean and Ben Loader on the wings with Fiji international Alivereti Veitokani at full-back. The trio will be looking to build on an impressive performance from Round 18.

Among the replacements, London Irish Senior Academy speedster Matt Williams returns to the squad following an injury sustained at the start of February.