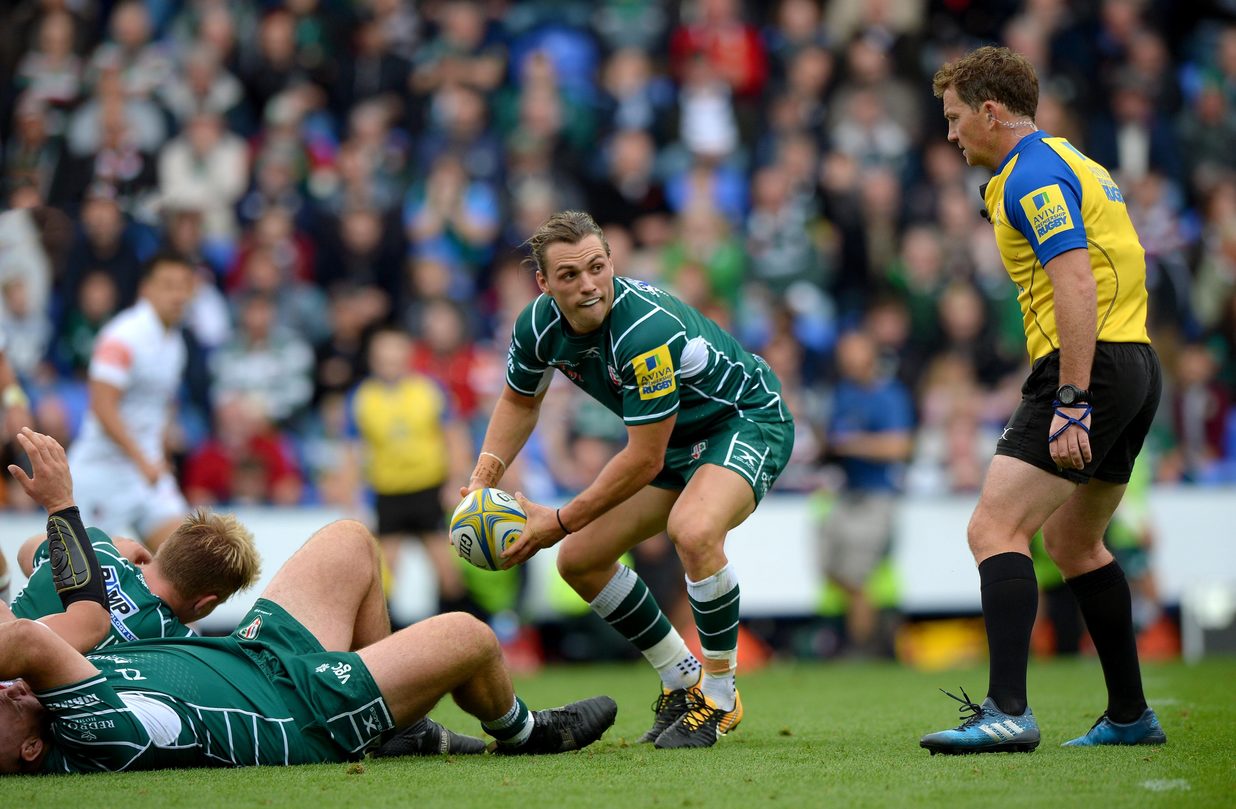 London Irish have named their side for tomorrow’s Aviva Premiership fixture against Saracens at Allianz Park (kick-off 3pm).

The starting XV includes seven players who featured in last week’s impressive 44-7 triumph at Stade Français Paris as the Exiles got back to winning ways in emphatic fashion.

Joe Cokanasiga and Tom Fowlie, who both played the full 80 minutes of their side’s win in Paris, start on the wing and at centre respectively.

Ben Meehan is also given a starting berth at scrum-half, the summer recruit a try-scorer at the Stade Jean-Bouin last weekend.

Fergus Mulchrone makes a welcome return at centre, having not started a game since the opening day victory over Harlequins due to injury.

In the pack, second row Teofilo Paulo and blindside flanker Josh McNally get the nod for the trip to north London.

“It was great to leave Paris with a very good victory last weekend and there were a number of players who deserve a chance in the starting line-up this week,” said London Irish director of rugby Nick Kennedy.

“We are well aware of the challenge that awaits us at Saracens as they are a well-coached and well-drilled side, who have enjoyed great success in recent seasons.

“Everyone is looking forward to the return of Aviva Premiership Rugby and we’re relishing tomorrow’s game against the league leaders.”