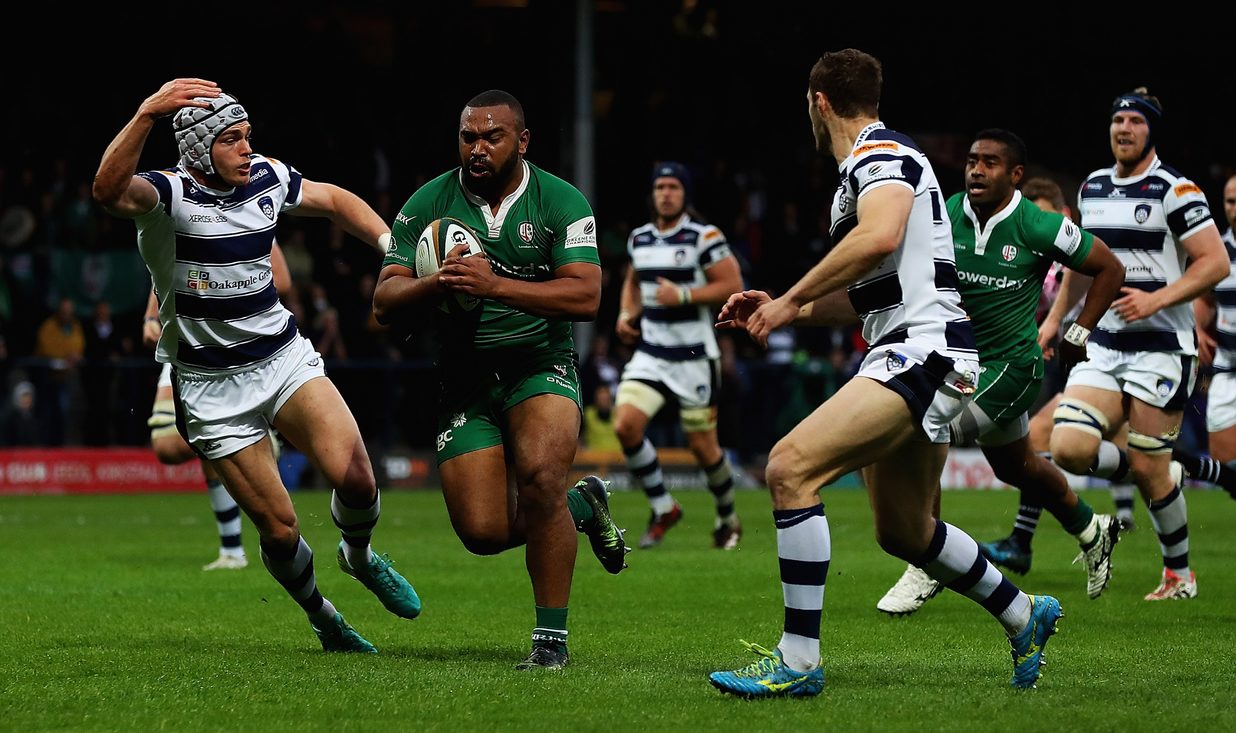 London Irish have made one change for this Wednesday’s Greene King IPA Championship second leg clash against Yorkshire Carnegie at the Madejski Stadium (kick-off 7.45pm).

Irish take an 11-point lead into this Wednesday’s showdown having secured a 29-18 first leg victory in Leeds last week.

Double World Cup-winning All Black Ben Franks, who picked up the Man of the Match award in the first leg, packs down alongside David Paice and Danny Hobbs-Awoyemi in the front row.

Sebastian De Chaves and Jebb Sinclair provide the energy in the engine room, with club Player of the Year Mike Coman, Blair Cowan and Ofisa Treviranus starting in the back row.

Impeccable with the boot last time out, full-back Tommy Bell will be hoping to build on his tally of 229 points for the season, while wingers Alex Lewington and Topsy Ojo get the nod out wide. Fergus Mulchrone partners Hearn at the heart of Irish’s backline as Nick Kennedy’s men look to secure their Premiership status.

“We are prepared for a very tough game against a well-coached Yorkshire side, who really pushed us all the way in the first leg last week,” said former Heineken Cup winner Kennedy.

“They have threats right across the playing field and we will have to be at our absolute best if we are to get the result that we want.

“We are really looking forward to the game and the lads are in good shape. As we saw first-hand last week, our bench will be hugely important during the game and everyone will need to be prepared for the challenge ahead.”