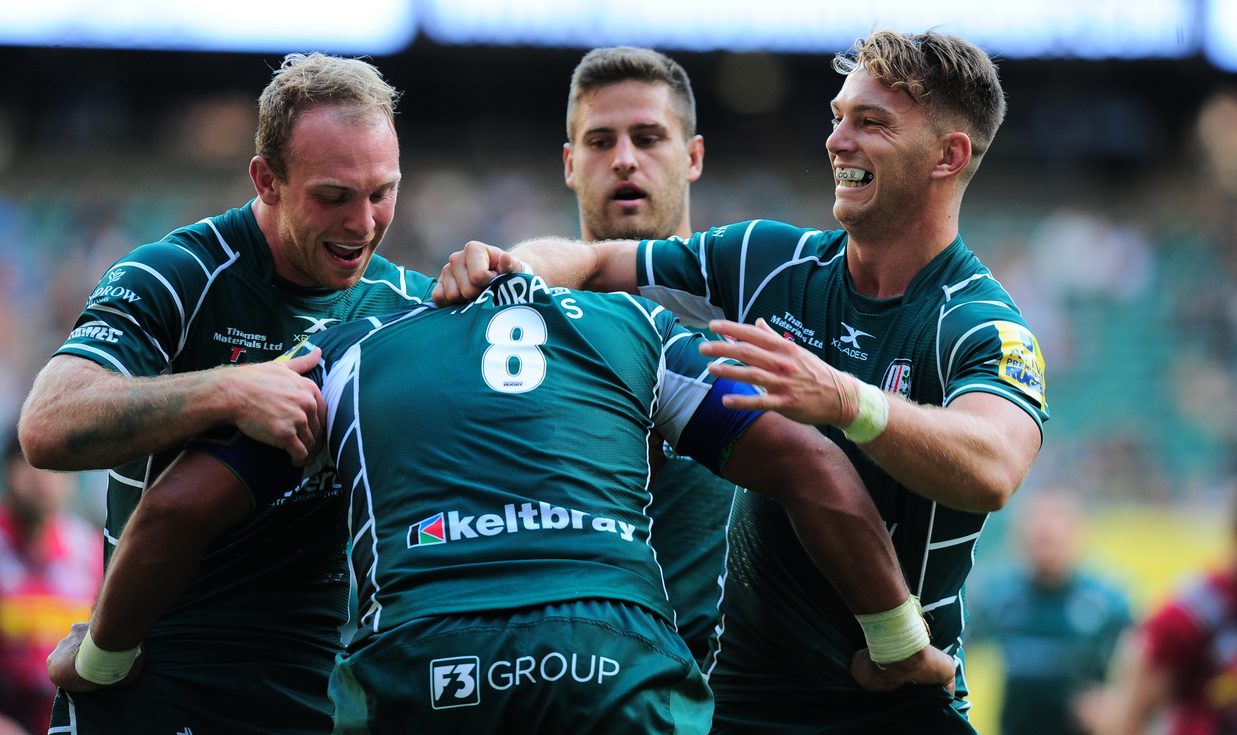 Alex Lewington will join London Irish’s 100 club this Sunday when the Exiles welcome Worcester Warriors to the Madejski Stadium in the Aviva Premiership (kick-off 1pm).

The free-scoring winger bagged himself a first half brace at Northampton Saints last weekend, a feat which yielded his 50 th try for the club.

“Alex’s try-scoring rate has been impressive since joining the club in 2013 and he’s shown great improvement as a player during his time with us,” said London Irish director of rugby Nick Kennedy.

“For any player to reach 100 appearances for one club is a fantastic achievement, and I’m sure Alex will be keen to mark the milestone with a good performance.”

Lewington is part of an Exiles side that sees two changes from last week’s trip to Franklin’s Gardens, back row Conor Gilsenan and centre Johnny Williams both getting the nod in the starting XV.

Irishman Gilsenan replaces Max Northcote-Green at openside flanker, while talented Exiles academy graduate Williams comes in for Luke McLean. Blair Cowan, who missed the trip to Northampton due to family reasons, has not trained this week and is not available for selection.

“We’re under no illusions at the task that is facing us, but with seven league games remaining, all we can do is just focus on the next game and give it our absolute all between now and the end of the season,” said Kennedy.

“Worcester have been in excellent form in recent weeks and they have shown superb character to record back to back victories over Exeter and Gloucester.

“We’ll have to be at our optimum best for 80 plus minutes if we are to get the win that we need to close the gap at the foot of the table.”