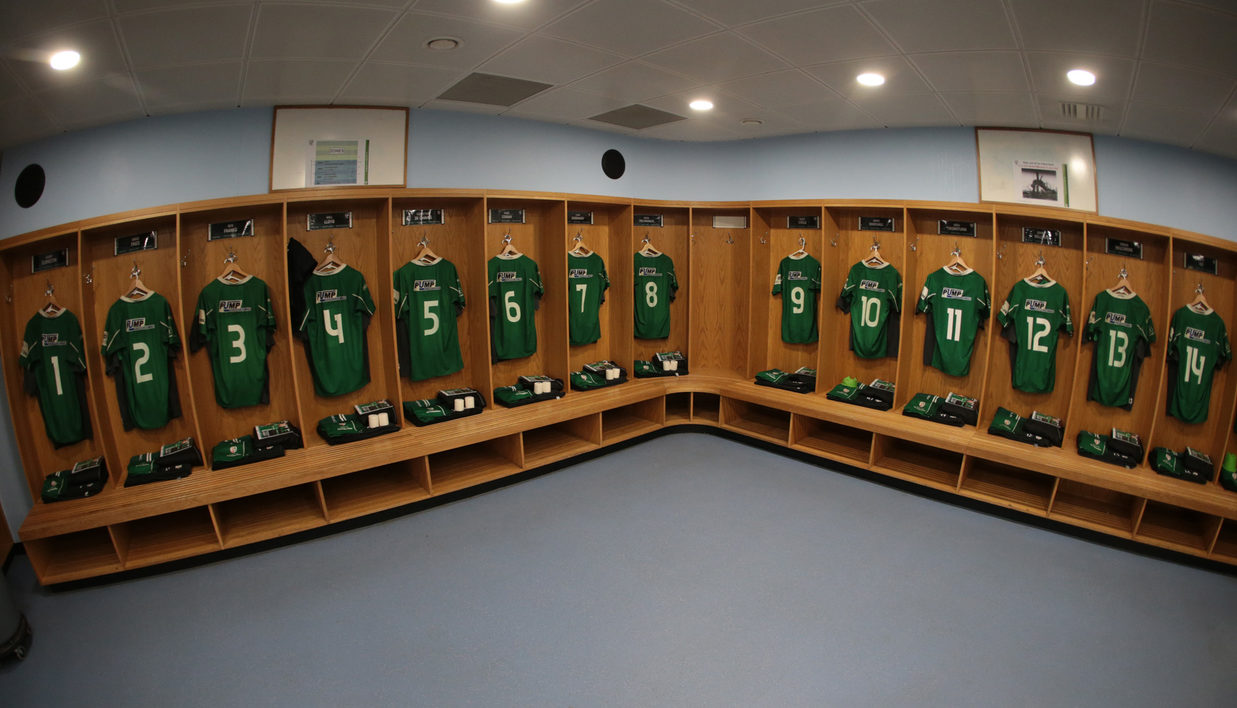 Explosive ball carrier Koloamatangi gets the nod at number-eight and adds fire-power to the back-row alongside Mike Coman and Blair Cowan.

Meanwhile, Lewington pulls on the green jersey for the first time this season, the wing-ace injuring his knee whilst on duty for England Saxons last summer.

Delighted to be back in the fray, Lewington’s return is a timely boost for Director of Rugby Nick Kennedy who now prepares his charges for the season run-in.

“I’m really pleased to have Alex [Lewington] back in the team and he’s worked very hard in training and impressed,” said Kennedy, who knows a win this weekend will guarantee his side a play-off spot.

“Alex’s return is testament to the fantastic work of our medical department who have devoted many hours of time and dedication in getting him back out onto the pitch.

“We’re looking forward to seeing him in action again,” he added.

Koloamatangi and Lewington are two of four changes from the side that defeated Nottingham 60-14 earlier this month. This season’s top try-scorer Ben Ransom starts on the wing, while Darren Allinson dons the number-nine jersey following a loan stint with Bath. Openside flanker Cowan and former Lions loose-head Tom Court round off the changes.

Recent recruits Josh McNally and Lovejoy Chawatama are amongst the replacements, the latter set to make his debut as the Exiles eye 15 league wins on the bounce.

“I was pleased with the way we performed against Nottingham in our last match and it’s important that we continue to build momentum as we approach the crucial stage of the season,” said Irish boss Kennedy.

“We’ve had a lot of time to work on a few things since our last outing and the lads are raring to go against a tough London Scottish team.

“They will be keen to avenge the result against us back in October and it’s clear to see how they are a much improved side of late.

“We have a lot of competition for places at present which is healthy going into the final run-in,” he added.