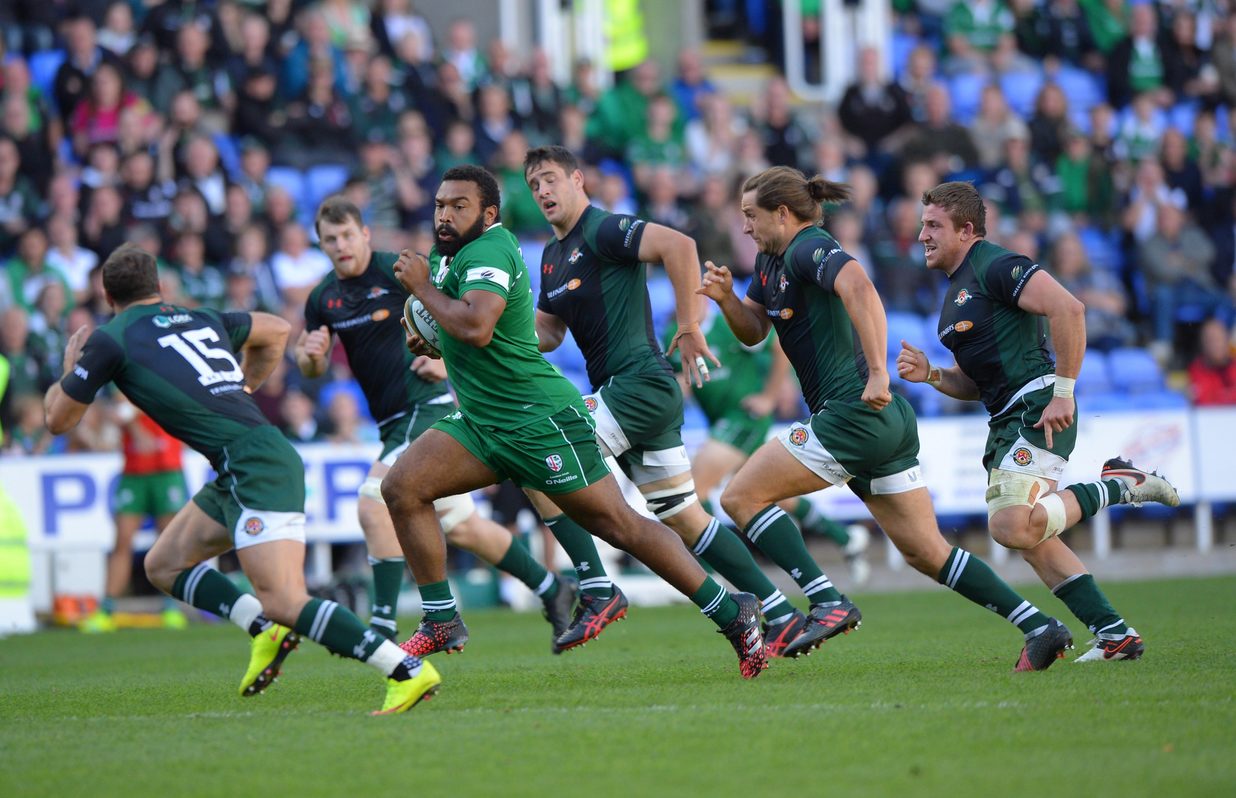 Franks, who missed last week’s game against Ealing Trailfinders with a virus, is one of eight changes as the Exiles look to make it five wins on the bounce to maintain their perfect start to the campaign.

Danny Hobbs-Awoyemi and skipper for the evening David Paice return to loose-head and hooker respectively, while experienced trio George Robson, Mike Coman and Ofisa Treviranus also come in to the pack.

Sniping his way to the line in the latter stages of last week’s contest to secure the try bonus-point, Scott Steele starts at scrum-half alongside goal-kicking specialist Tommy Bell, the former Leicester man already nearing his 50th point as an Exile.

Tom Fowlie rounds off the changes with the Academy product partnering Fergus Mulchrone at outside centre. Canadian international centre Ciaran Hearn is amongst the replacements after recovering from an Achilles strain, while hooker Jason Harris-Wright is set to make his debut from the bench after making the switch from Connacht in the summer.

Technical Director Brendan Venter returned to Hazelwood this week as he continues in his consultancy role. The Exiles icon, a World Cup winner with South Africa in 1995, has reinvigorated the club’s Sunbury training base according to Director of Rugby Nick Kennedy.

“It’s been great to have Brendan back at the club this week and his presence has really freshened things up ahead of what we expect will be a very tough game at Nottingham,” said Kennedy.

“Nottingham picked up a fantastic result at Jersey last weekend, so we are expecting a difficult test in front of their own supporters.

“Training has been excellent throughout the week, despite it being such a short turnaround and we have worked on a few things from last Sunday’s game.

Friday’s clash with Nottingham will be Irish’s second game on the road this term and having being cheered on by a large travelling contingent at Bedford earlier this month, Kennedy has paid tribute to the ‘fantastic’ support.

He said: “Traditionally our supporters have always travelled the length and breadth of the country to follow us and it was great to see so many green shirts in the crowd against Bedford.

“The travelling support really does make a difference and I would like to wish those making the trip to Nottingham a safe journey.”

Tickets are available for the London Welsh home game on Saturday 8th October £20 for adults with discounts available for those under 25. Kids go for £3 in the unreserved areas.