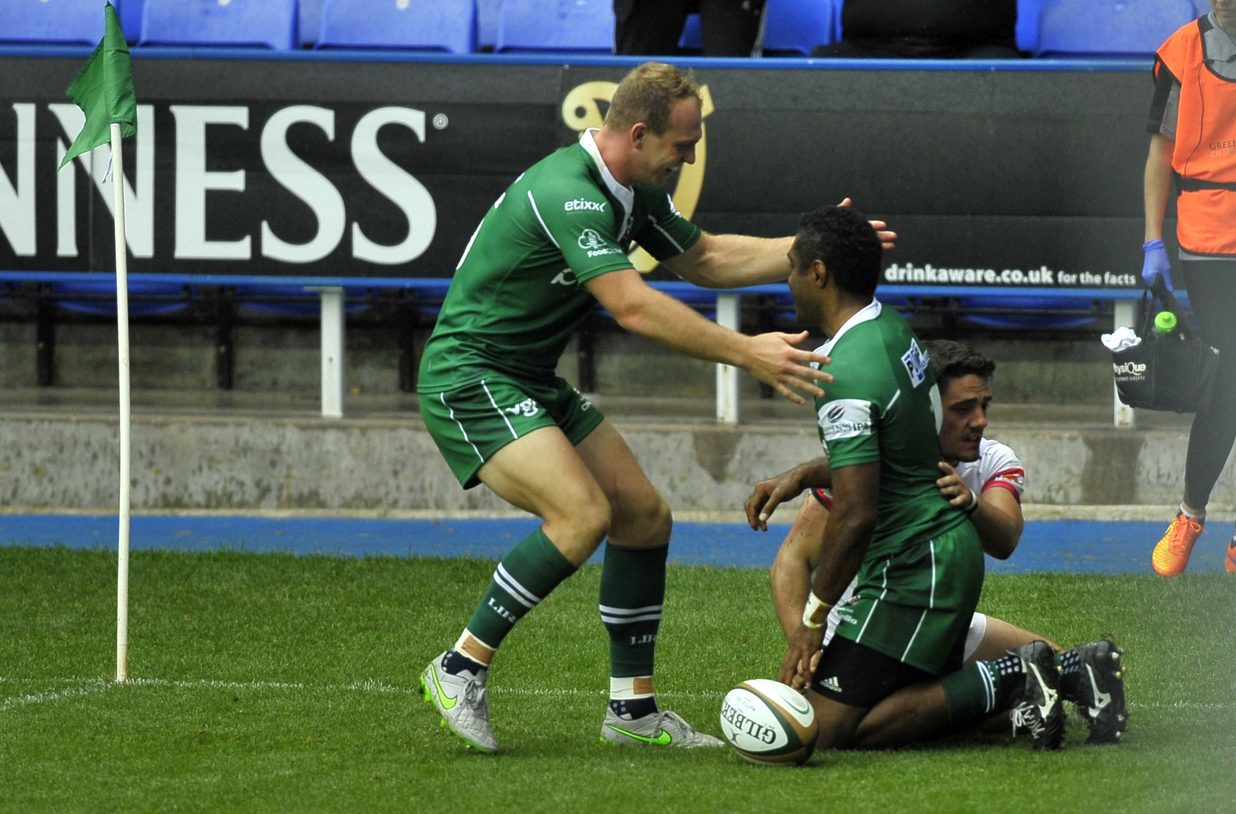 Ciaran Hearn and Aseli Tikoirotuma return to the backline for this Sunday’s British and Irish Cup clash with Cornish Pirates at the Madejski Stadium (kick-off 3pm).

The duo have been away on international duty with Canada and Fiji respectively, and are a welcome addition to Nick Kennedy’s starting XV as the business end of the campaign looms large.

Hearn, a second half replacement during last weekend’s 38-10 triumph at Rotherham Titans, starts on the wing, while Tikoirotuma partners Matt Williams at inside centre.

Elsewhere in the back division, Connor Murphy has the chance to underline his burgeoning credentials at scrum-half alongside fly-half Greig Tonks. Joe Cokanasiga, a try-scorer on four occasions this campaign, occupies the wing with Jacob Atkins orchestrating affairs at full-back.

Hooker Dave Porecki, a summer recruit from Saracens, makes his debut following a spell on the sideline through injury.

The Australian is flanked by loose-head Harry Elrington and fellow countryman Ollie Hoskins in the front-row, while Jack Cooke and Jerry Sexton get the nod in the second-row.

Conor Gilsenan, who has impressed in the British and Irish Cup this term, skippers the Exiles at blindside flanker with openside Gerard Ellis and number-eight Senitiki Nayalo bolstering the pack.

Director of Rugby Nick Kennedy is gearing up for a physical test against a Pirates outfit they face back-to-back in the cup.

“It’s undoubtedly going to be a big challenge for the boys,” said Kennedy, whose side will be aiming to make it 14 wins on the spin in all competitions.

“As we saw at their place last month, they have threats right across the field and will be looking to pose us with many questions this weekend.

“We’ve again decided to utilise our rotation policy and a number of players have got the opportunity to show what they can do on the big stage.

“The business end of the season is now insight and we must continue to improve our game week on week – training has been excellent this week and I’m hoping for a good performance this Sunday,” added Kennedy.

Tickets are available at just £18 for adults, concessions for 65years and over, as well 22-25 year olds. Kids go for £1 in the unreserved areas.