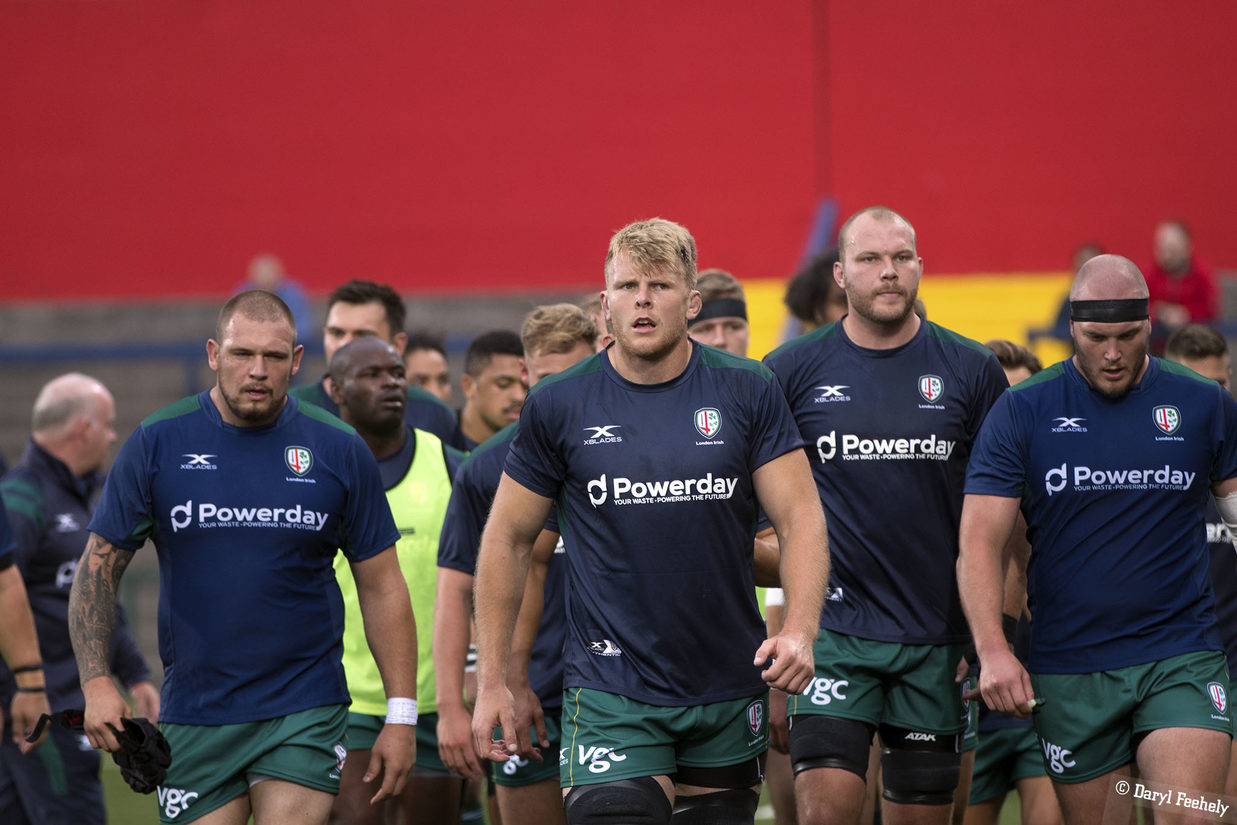 The Exiles, skippered by Josh McNally, blood two of their summer recruits in the starting XV as all roads lead to next week’s Greene King IPA Championship opener at Ealing Trailfinders.

Back-row Matt Rogerson and lock Barney Maddison get the nod from the start, the pair having made the switch from Jersey Reds and Ealing respectively.

Gordon Reid, Dave Porecki and Ollie Hoskins pack down in the front-row, while Teofilo Paulo partners Maddison in the engine room. McNally, Rogerson and Max Northcote-Green make up the back-row.

In the backline Scott Steele and Ben Meehan combine at half-back, the latter getting his chance to impress at fly-half. There is also a return to action for Ciaran Hearn, the Canadian international making his comeback from a lengthy injury lay-off and partners Theo Brophy Clews in the centres.

Topsy Ojo, who crossed for one of Irish’s four tries in Cork last week, starts on the wing with Luke McLean occupying the other touchline. Greig Tonks marshals affairs at full-back, the Scotland capped back a safe pair of hands at Munster last weekend.

Irish were edged out 32-28 by European giants Munster last Friday, Exiles boss Declan Kidney keen for his troops to improve in key areas.

“We’re looking forward to the trip to Leicester and the opportunity to test ourselves against Premiership opposition, which we won’t experience for some time,” said Exiles director of rugby Declan Kidney.

“We’ve learnt the lessons of last weekend’s trip to Cork and we’ll be looking to improve in certain areas.”

London Irish’s first home game of the season is against Nottingham on Saturday 8 September (kick-off 3pm), with tickets available at  www.lidirect.co.uk  or call 0118 968 1016.