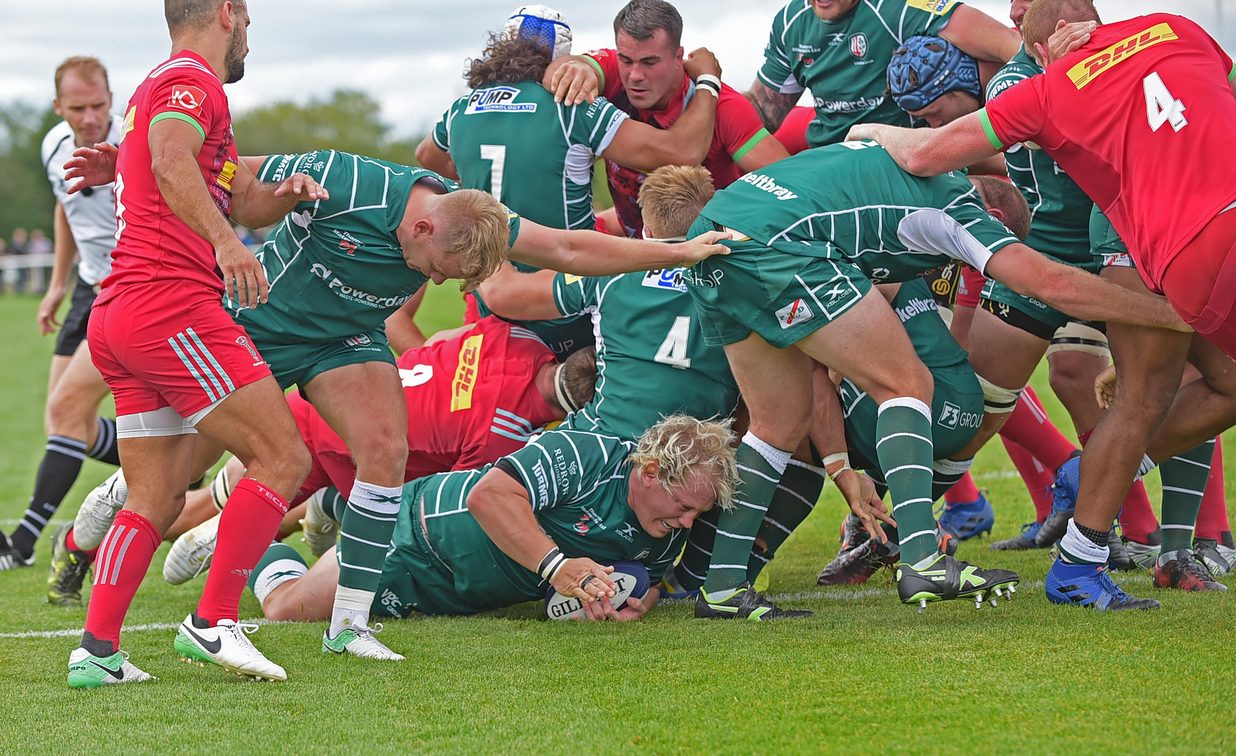 Du Plessis starts at tighthead, while recent arrival van der Merwe gets the nod in the second row as the Exiles look for a positive start in the season opener.

Tommy Bell, who racked up more than 300 points during Irish’s Championship-winning campaign, starts at full back with Alex Lewington and Topsy Ojo occupying either wing.

Fergus Mulchrone and Canadian international Ciaran Hearn start at inside and outside centre respectively, both having helped themselves to tries during pre-season.

In the front row, Du Plessis is joined by hooker David Paice and loosehead Danny Hobbs-Awoyemi. Exiles stalwart Paice, who has made over 250 appearances for the club, captains the side.

Last season’s Player of the Year Mike Coman starts at blindside flanker, with openside flanker Blair Cowan and No 8 Ofisa Treviranus making up an experienced back row.

“To play at Twickenham in the opening game of the season is a fantastic way to get our Aviva Premiership campaign underway,” said Exiles’ director of rugby Nick Kennedy.

“We’ve had a good pre-season and there has been a lot of competition for places, with everyone striving to be named in the starting XV this weekend.

“We’re delighted to be back in the Premiership and we’re really looking forward to playing in what is one of the most competitive competitions in the world.”

London Irish v Harlequins kicks off at 4.45pm following Saracens v Northampton Saints at 2pm and tickets are available from £25 for adults and £15 for children from the Twickenham Stadium ticket office on the day.