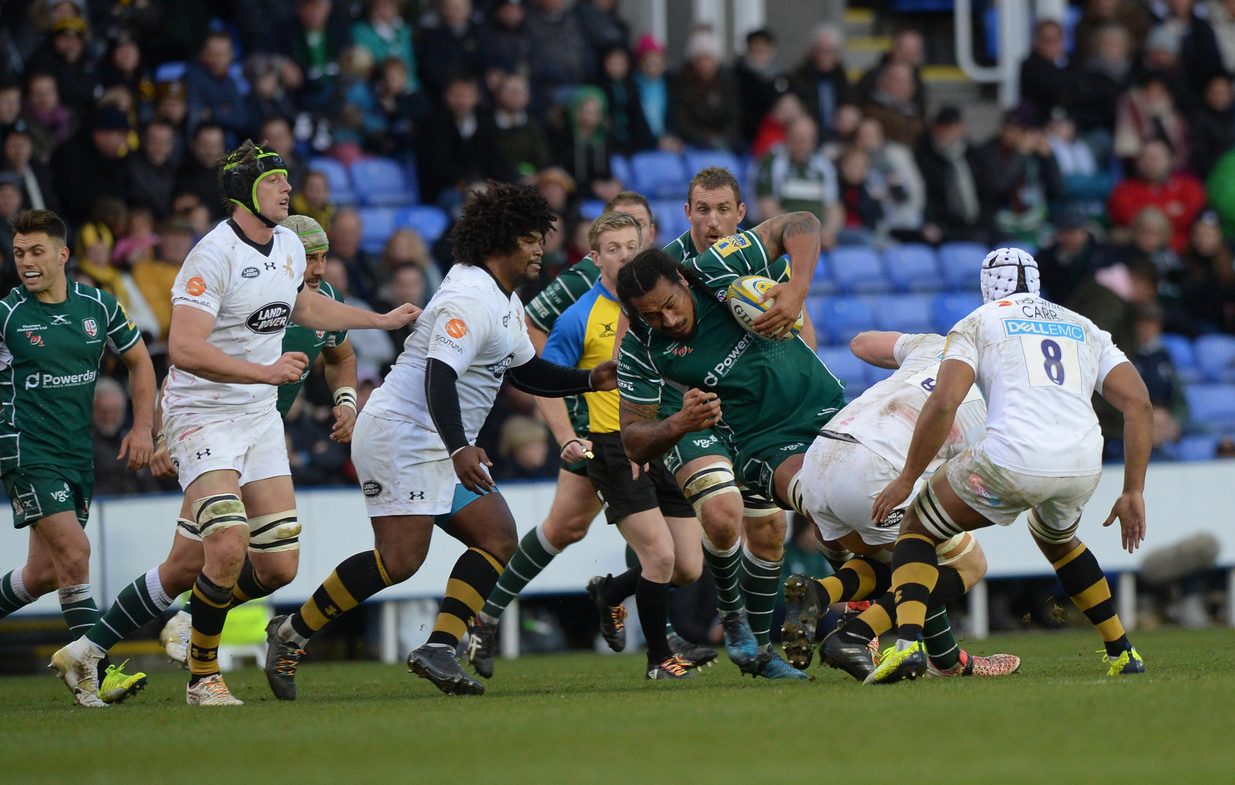 London Irish have made two changes for this Saturday’s Round 14 Aviva Premiership fixture against Sale Sharks at the Madejski Stadium (kick-off 3pm).

The Exiles ran in six tries in the Welsh capital last week as they stretched their winning run to four games ahead of tomorrow’s contest.

New recruit Arno Botha, who scored the third of Irish’s six tries, partners Max Northcote-Green and Ofisa Treviranus in the back row, while two-time Rugby World Cup winner Ben Franks, David Paice and Ollie Hoskins all retain their place in the front row.

Franco van der Merwe skippers the Exiles in the absence of Coman and packs down alongside Paulo in the engine room.

Scrum-half Piet van Zyl, like fellow South African Botha, gets his first taste of Aviva Premiership action and combines with fly-half Theo Brophy Clews at the heart of the Exiles’ backline.

James Marshall, who converted all six of Irish’s tries last week, starts at full-back with Alex Lewington and Joe Cokanasiga providing the pace on either wing.

“The lads have worked extremely hard in training this week and we’re all looking forward to the visit of Sale Sharks,” said London Irish director of rugby Nick Kennedy.

“Execution, work rate and effort have all been there in training and it’s up to us to take this into the game.”

Sale sit just outside the European Rugby Champions Cup spots and are only five points off a top four berth with Kennedy adding:

“Sale are a well-drilled side and Steve Diamond has taken them to a new level this season.

“Faf de Klerk at scrum-half has been a quality addition for them and they’ve always got a very solid set piece, so we’ll have to be right on top of our game.”

Tickets for London Irish v Sale Sharks on Saturday 10 February (kick-off 3pm) are available from £3 for under 13s and £23 for adults by calling the Ticket Office on 0118 968 1016 (Monday to Friday 9am to 5pm, Saturday 9am to noon) or online at www.lidirect.co.uk. The first half of the Ireland v Italy Six Nations game will be shown before the match with the England v Wales game being shown live following the game.