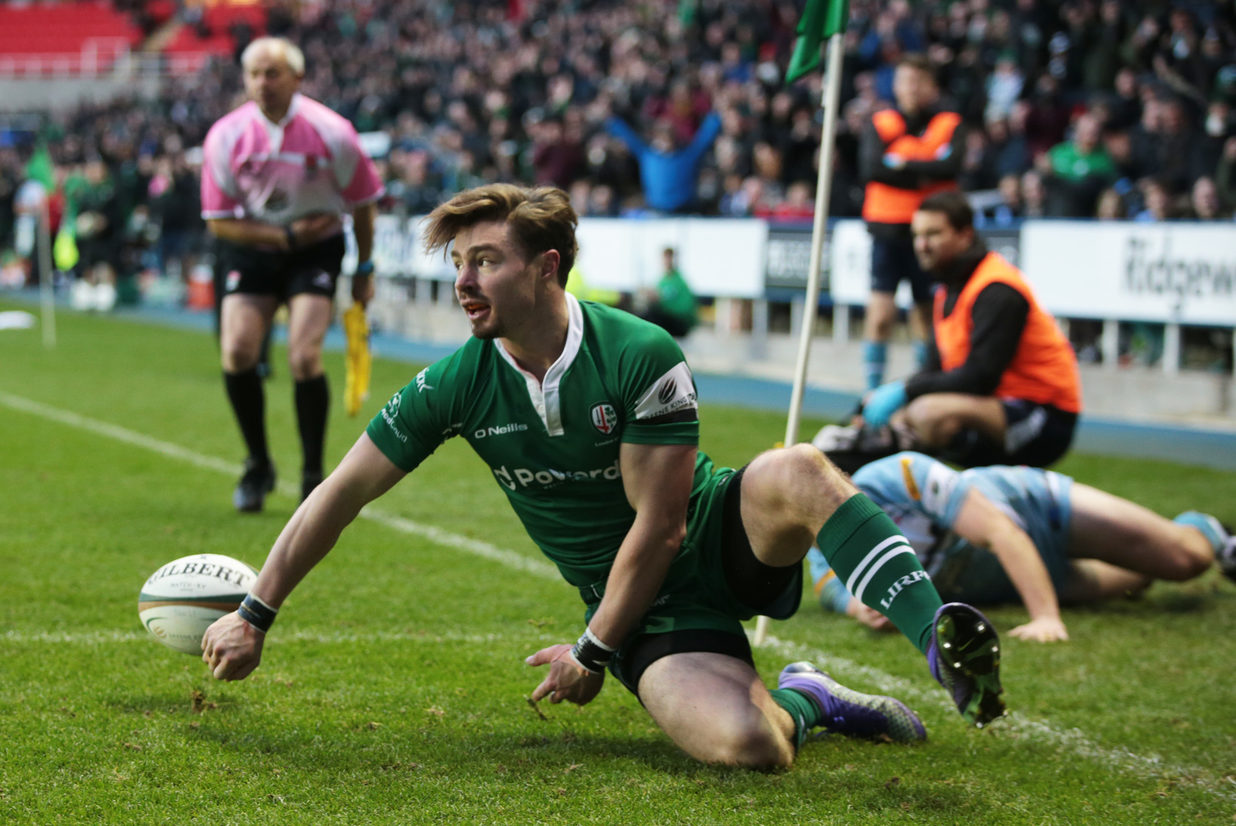 London Irish have named their side for this Saturday’s British and Irish Cup Quarter-Final against Yorkshire Carnegie at the Madejski Stadium (kick-off 2pm).

Jacob Atkins, who is one of four Academy products in the starting XV, makes his debut at fly-half alongside experienced number nine Darren Allinson. Dotting down 77-times during a fruitful career, club record try-scorer Topsy Ojo gets the nod, with promising youngster Matt Williams on the other wing.

Harry Elrington, Todd Gleave and Ollie Hoskins pack down in the front-row, with Will Lloyd and Josh McNally providing industry in the second-row.

Skipper Luke Narraway, Conor Gilsenan and Senitiki Nayalo inject power to the back-row as the Exiles look to book their place in the last four of the competition.

Notable away wins against Ospreys Premier Select and Connacht Eagles in the pool stages have gone some way to securing Irish a place in the knockout stages.

Exiles Director of Rugby Nick Kennedy said: “As part of our rotation policy, the tournament has enabled us to give a number of players some much needed game time, which has stimulated competition for places throughout the season.

“The performances in the cup have been very good and I’m looking forward to seeing how the lads do this weekend against a well organised Yorkshire Carnegie outfit.

“We’ve had another excellent week of training and the lads are in good shape for what promises to be a very tough encounter against last season’s British and Irish Cup runners up.”