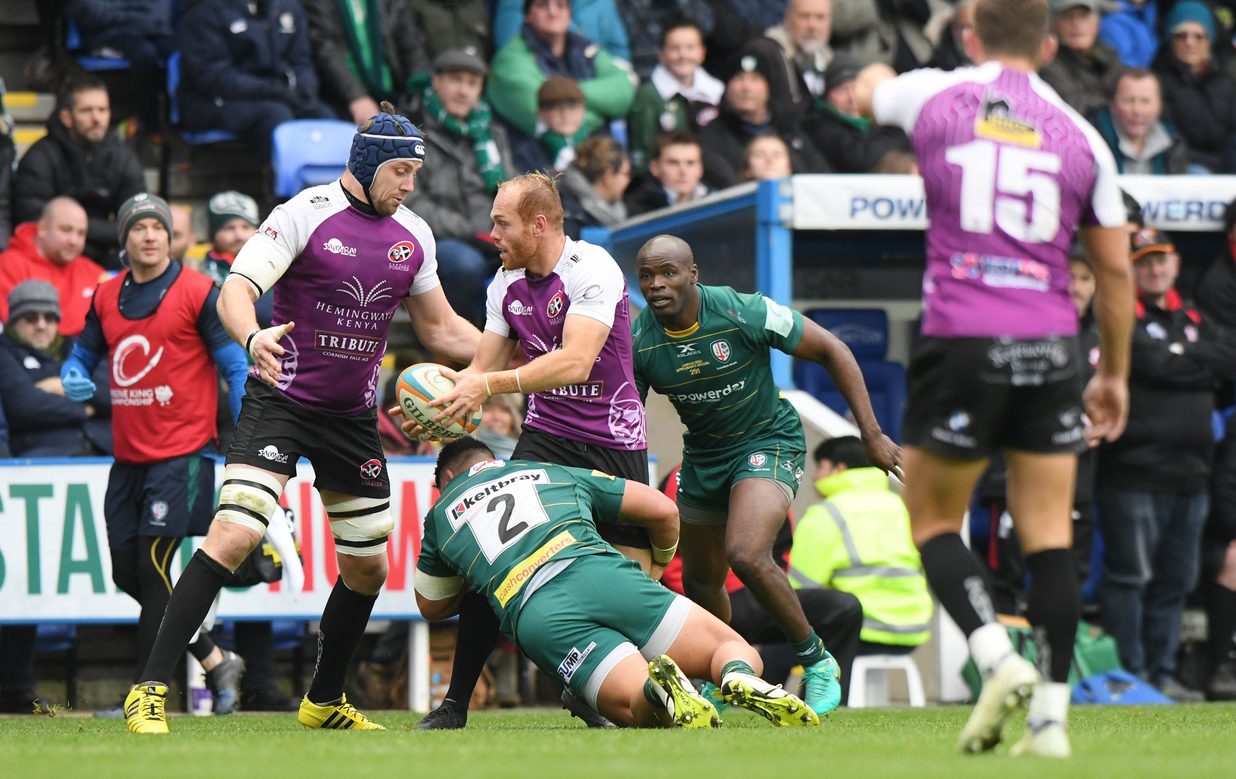 The opening round of this weekend’s new Championship Cup competition will see the start of the tackle height law trial.

In collaboration with World Rugby, an amendment to Law 9.13 will operate in the new Cup competition, altering the definition of a high tackle from above the line of the shoulders to above the armpit line.

The trial aims to assess the impact of introducing a lower tackle height in elite adult rugby on the incidence of concussion and other injuries, player behaviour in the tackle, the nature of tackles, head injury events and other game events. This important player welfare initiative will include all 43 games in the pool stages and play-off rounds of the competition.

London Scottish v Richmond on Friday night will be the first game to trial the law.

A detailed analysis of this trial will be compared to existing data from the English professional game to help inform any wider approach. All data will be shared with World Rugby to be added to research collected from a similar trial in the World Rugby U20 Trophy competition earlier this year.

“We are looking forward to assessing the results of the trial over the coming weeks and months and thank all clubs for their continued support.”

Meetings between Championship coaches, referees and players have being taking place to ensure that all three groups are well-prepared before the Cup games played with the lower tackle height.

The referee’s application of the tackle laws and hierarchy of penalty, yellow card and red card has not changed. A red or yellow card will still be considered where there is contact with the head and neck of the ball carrier but contact made on a ball carrier above the line of the armpits but below the line of the shoulders will now result in a penalty.

Concussion is now the most common match injury in the professional game with 80% of all concussions occurring in the tackle. One third of concussions are sustained by the ball carrier and two thirds by the tackler or tacklers.

The tackle has changed in the last few years and now less than 20% of tackles in the adult professional game are made around the legs. However, between 35-50% of all tackles in the Championship and Premiership involve contact with the ball carrier made above the armpit line but below the line of the shoulders (12cms from the head). There are over 250 tackles in the average Championship game.

This trial will assess whether a 12cm lower tackle height will actually change the behaviour of players and result in fewer concussions for both the ball carrier and the tacklers. The trial will also assess the effect on other injuries, the nature of tackles, and other game events.

To ensure consistent decision making across the competition, the RFU has selected a smaller pool of match officials, reviewers and independent citing commissioners who will be involved throughout.

Game footage of all tackles made in the trial and normal Championship league matches will be analysed by video analysts and the decisions of the referees will be reviewed. Championship medical staff will record the injuries that occur and will provide the RFU with this information for analysis.

Tickets for London Irish's first home Championship Cup fixture against Cornish Pirates on Sunday 18 November are available from ticketing.londonirish.net or by calling 0118 968 1016.