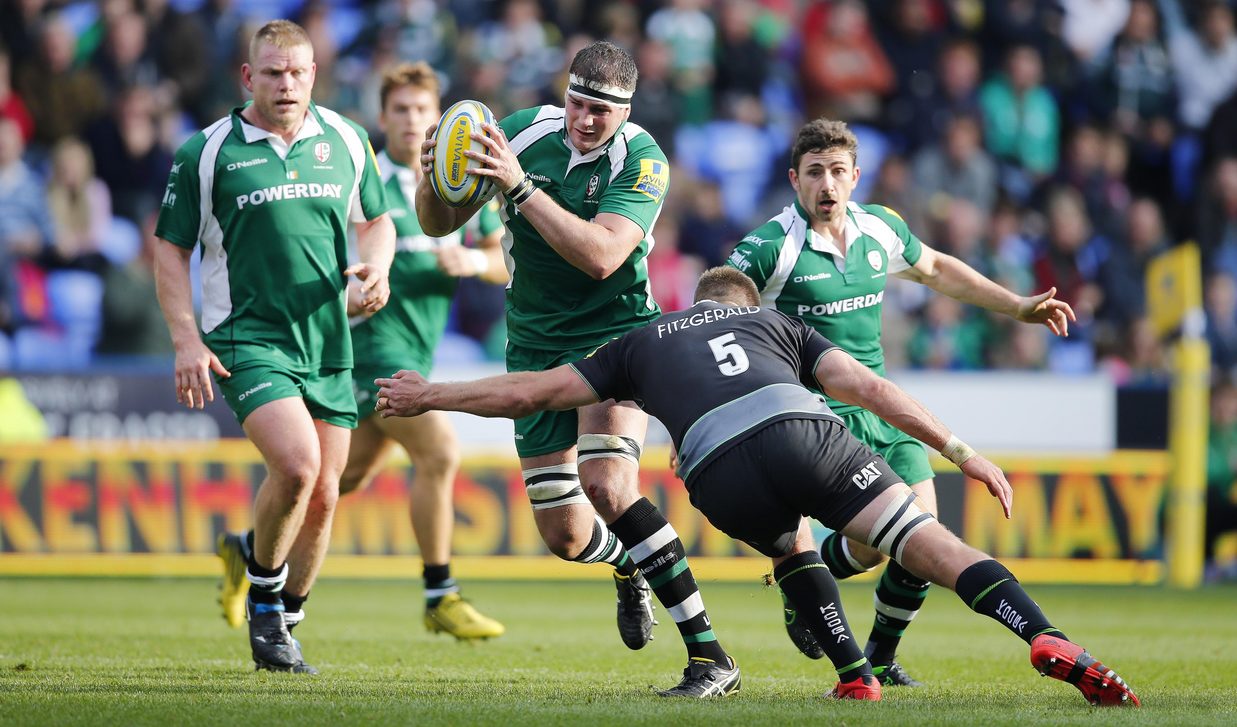 London Irish will be bolstered for their Boxing Day Aviva Premiership fixture against Northampton Saints with the return of lock Matt Symons to captain the side (kick-off 2 30pm).

Tom Court and Ben Franks start in the front row alongside David Paice, who returns after missing the last two European Challenge Cup fixtures. Nic Rouse partners Matt Symons in the second row with Luke Narraway, Blair Cowan and Ofisa Treviranus in the back row.

Brendan McKibbin and Chris Noakes form the half back pairing with Johnny Williams and Canadian international, Ciaran Hearn in the midfield. Aseli Tikoirotuma, Alex Lewington and Sean Maitland make up the back three.

London Irish Head Coach Tom Coventry said: “On behalf of the Club, I would firstly like to wish all of our supporters a very Merry Christmas. We hope you enjoy the festivities with family and friends. The squad have worked hard this week and responded well to the result in Edinburgh last Friday. Northampton are a top side and we know the challenge we face on Saturday but we have prepared well and will go out and put in a passionate performance in front of our families and supporters.”

Match tickets for this game on Saturday 26th December (2.30pm kick-off) are available from only £22 for adults and £4 for juniors. Click here to secure your place now or call the London Irish ticket hotline before 5pm today on 0118 968 1016.

George Skivington - George injured his shoulder at the start of the season and unfortunately has failed to respond to conservative treatment, so after further consultations with the appropriate specialists, the decision has been made to operate on George’s shoulder. His rehabilitation post-surgery is likely to take about four months.