Stokes: We can’t underestimate the importance of a good start 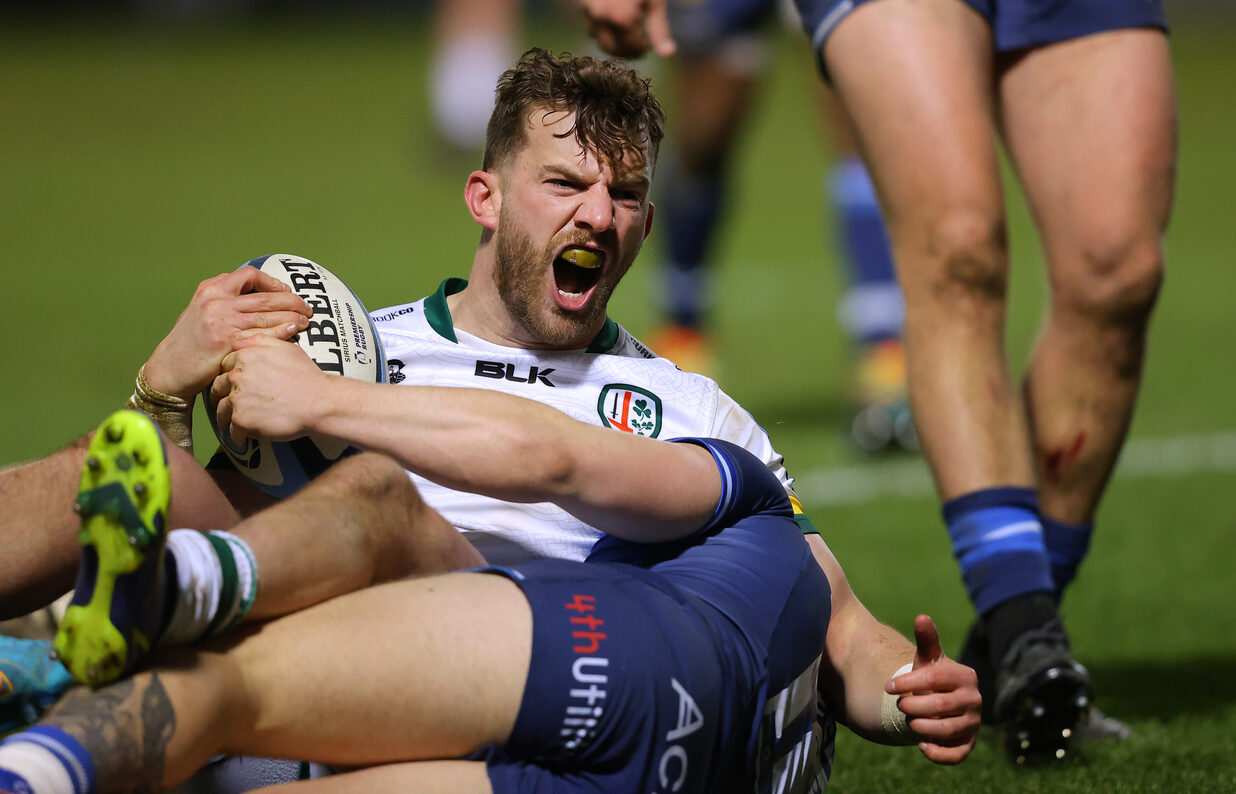 James Stokes has underscored the gravity of beginning the 2022/23 season well with London Irish’s pre-season games commencing in just under a month’s time.

The Exiles start off with an away trip over the Channel to face Jersey Reds on 27th August, a ‘cup final style’ preparatory fixture in the words of Stokes, then taking on United Rugby Championship quarter-finalists Munster at Musgrave Park the following week.

Irish’s utility back has entered the 2022 offseason coming off the back of an injury setback, but is realistically aiming for selection contention come the beginning of the campaign.

The intense toil of pre-season sees the three-year Exile work through individual workouts, but that doesn’t mean there isn’t any time for fun- with a secret DJ set from Stokes keeping the staff at Hazelwood entertained after an offseason rounders game.

“It’s a bit of a passion of mine, I won’t lie!” Stokes revealed.

“I might take it a little bit further forward when my career starts to wind down a little bit.

“Hopefully that’s not anytime soon, but I’m doing as many weddings, events and functions as I can in my spare time.

“I won’t speak too much more about it, as I’m sure there’ll be uproar amongst some of my friends!”

Approaching what will be his fourth year in Irish green, in the short-term Stokes has been tasked with prioritising his personal recovery in order to reach peak fitness.

With pitch time limited, Stokes discusses how he is finding adapting back into the training graft in Sunbury.

“My situation is quite unique in that I haven’t actually stepped on to the field yet, I’m doing some personal rehabilitation in the gym with some of the tasks Nick Hess, our Senior Physiotherapist, has set me.

“From watching training, the boys have come back in good condition, which at this level is a given, and have the new guys have been brought up to speed in how we play really well too.

“For the rest of the boys, they’ll be in five days a week and start off with a high-tempo day and vary as the days go on.”

The back further argues that the strong ethic flowing through the team at present will pay dividends further down the line.

“The first weeks are putting our fundamentals in place with an aerobic base, then developing our skills work, our shape and our defensive systems.

“This second block coming up in the next few weeks is aiming to refine all of that to make sure we are firing by the start of the season.

“It’s five days of pretty full-on work, but the coaches do well in managing the loads for the boys in order to prevent injury.

“When you are here you are expected to work hard in order to reap the rewards at the start of the season, which I believe we will do.” 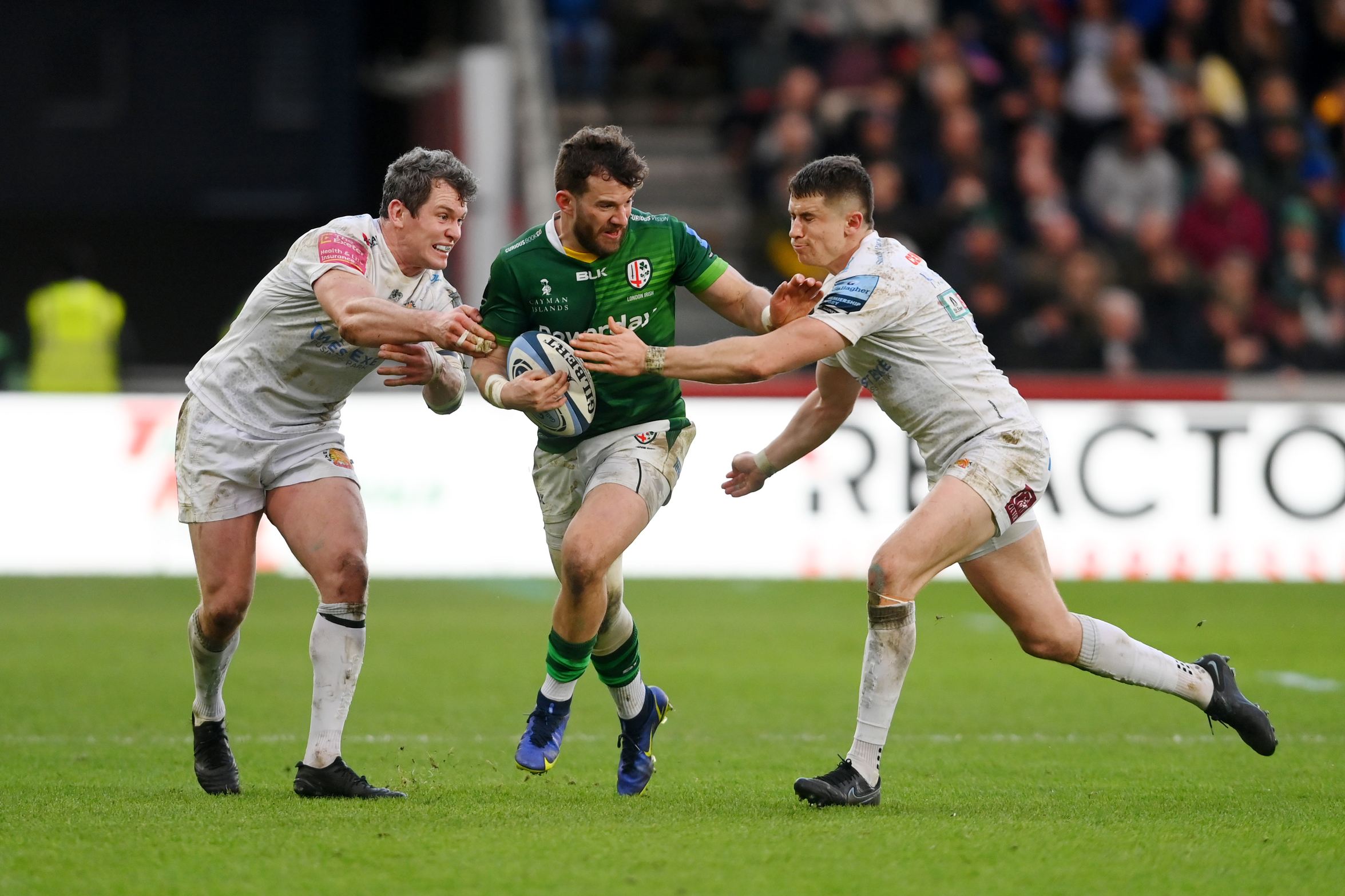 He instead aims only to have as many minutes on the pitch and contribute to a well-oiled, attacking system.

“I do set targets and that’s simply trying my best to be involved every week to be honest, and looking back at last season, my stats don’t sound as great as the standards I hold myself to.

“I was very disappointed in how the season finished for myself with injuries, so I just want to put myself out there as much as I can going forward for the team because personal accolades and stat lines read great, but it’s always about helping the team.”

“We’re obviously a very free-flowing outfit, there’s very little hits up the middle and play across- we have the systems in place to try and score off the first phase, if not the second phase and so on.

“If it’s on, we will try and run it from our own line which makes it great to be a player in the back three in an Irish shirt, we get plenty of the ball and it is designed to go wide so hats off to the coaches for designing and implementing our style that enables us guys to score tries.

“I love playing here and in the attacking shape that we do, it’s brilliant for all the young talent to play our way, and it will only benefit them in the long run.” 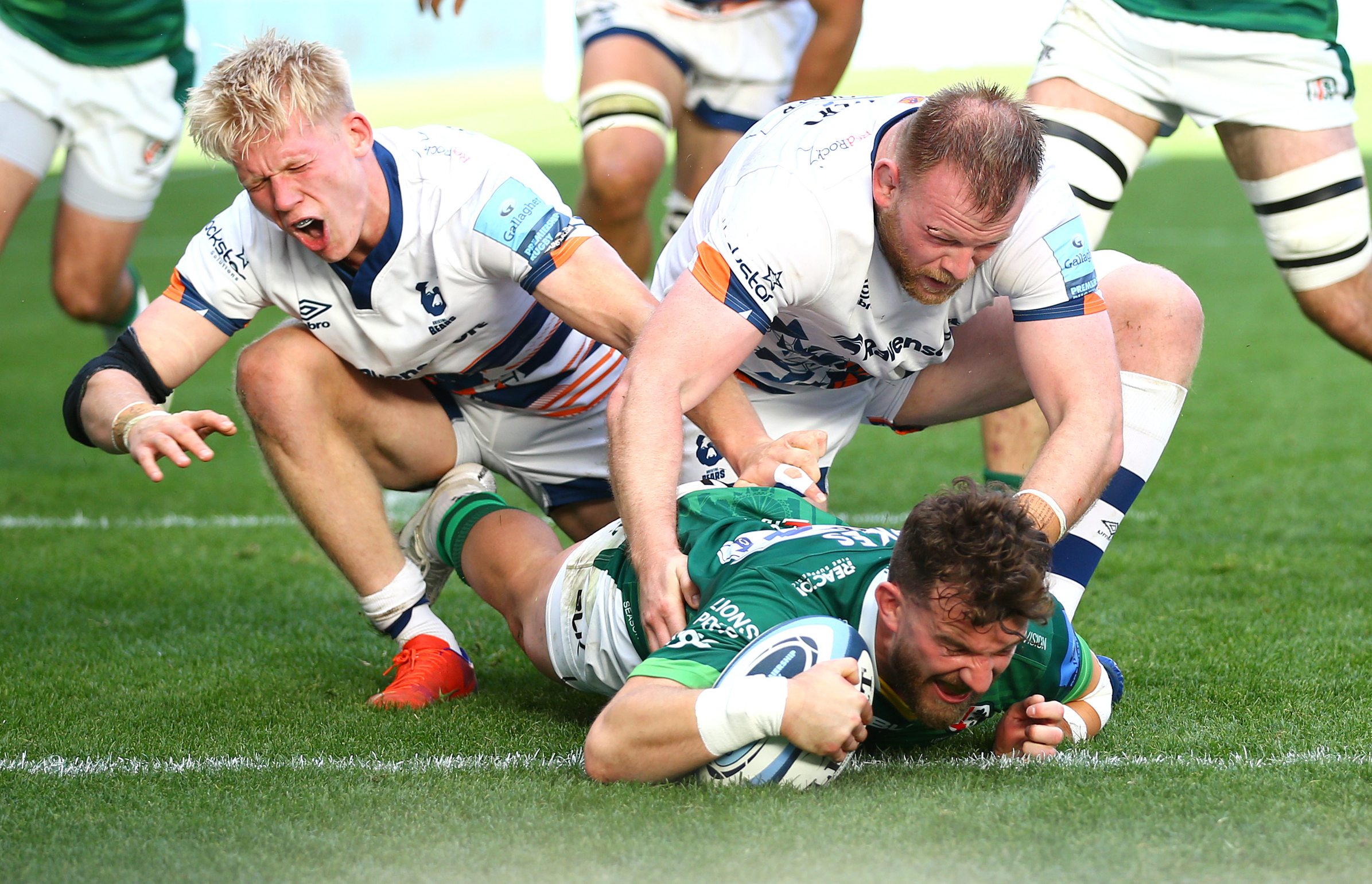 A wealth of Irish’s young core, including Academy products Henry Arundell and Will Joseph, have been called up for their first international honours over the course of the last month.

Being one of the more experienced talents in a wealth of backline options, Stokes explains how his work in the lower tiers of English rugby has aided in the development of himself as a player and also those around him.

“It’s great to see the lads coming through and earning their place in the squad and for their countries too, they’re such freak athletes and they only benefit the team when they’re firing on all cylinders.

“The level that I was playing at before might not necessarily constitute the shape, defensive qualities or backfield coverage here for example, but the soft, transferable skills and the attitude you can have going forward is definitely applicable to ways in which I can help the younger lads.

“Hopefully I can underline the resilience needed on the younger players, but I believe that to a certain degree, they have more than enough talent to assert themselves.”

“My experience comes from different avenues, I can draw on those experiences and do my best to impart my knowledge of playing throughout different divisions, because it’s definitely made me the player I am and affected the outlook on the game that I have.

“I don’t take anything for granted that I have here at all, I want to maintain my position here in an Irish jersey and play at the highest level.” 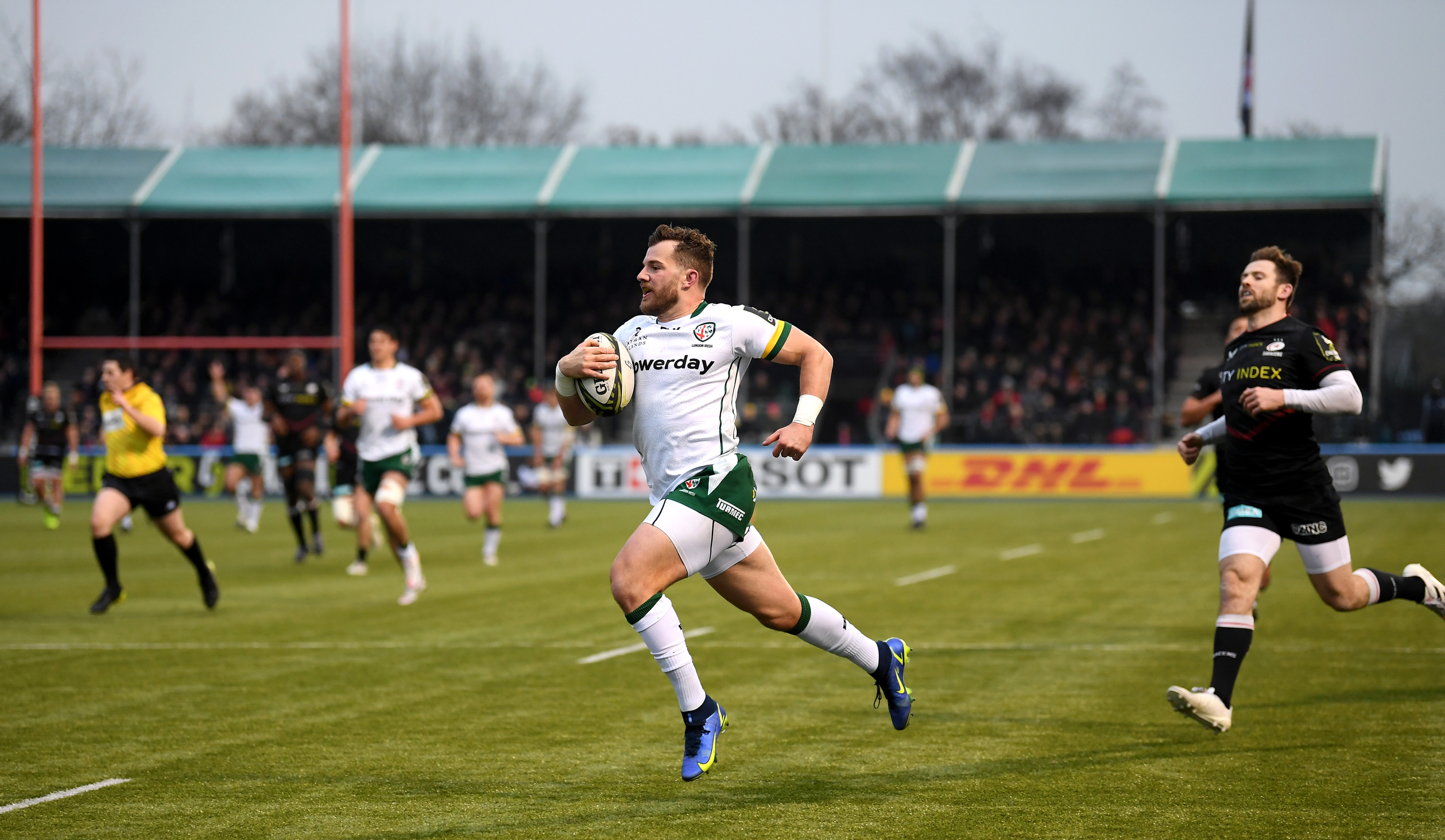 Looking ahead to Irish’s slate of pre-season games, Stokes details the excitement in the Exile camp for a pair of demanding tests over the water.

“I have experience playing Jersey away and I know a few of the other Irish boys will have too after playing them in the Championship, it might be a little different playing them in January but it will be a difficult day nonetheless.

“They’ll be very up for it and treat it almost like a cup final with something to prove against a Premiership outfit and showcase their talents against a team at this level.

“For the young lads and the new boys coming through, it will be a good first taste of what Premiership rugby will be like as the intensity will be raised against some seasoned Championship veterans and not the same kind of intensity achieved in training just yet.”

The visit to Cork a week before Premiership action resumes at the BCS against Worcester Warriors will see Irish compete for the Jack Wakefield Memorial Trophy against the Heineken Champions Cup quarter-finalists.

“We’ve been wanting to take on Munster for a long time, and the Club always savours a trip back to Ireland to take on a province.

“They’re one of the best teams in Europe home and away, and we know to expect a tricky encounter but we’ll prepare as thoroughly as we always do.

“It will be a good opportunity for the lads to throw their hands up for the first game of the season.”

With fixtures announced and pre-season preparation stepping up a notch, Stokes evaluates whether the buzz at Irish rises in a similar fashion and if and the prospect of another campaign becomes slightly more tangible.

“I suppose it does start to get a bit more real, but as a team we won’t look further than Worcester when pre-season wraps up.

“It was great to see the Heineken Champions Cup draw the other week, them ties will always get people excited but as always it is something we will tackle further down the line.

“Looking back at the start of our season last year, we had a slow start and won one of our first eight league games.

“By our standards it was extremely poor, and in comparisons to the end of our season we may have pushed higher up the league so we can’t underestimate the importance of a good run in the opening few games.”

The season is fast approaching, and you can book your place to see Stokes and co. at the Gtech Community Stadium with a new, innovative Flexi Ticket here.