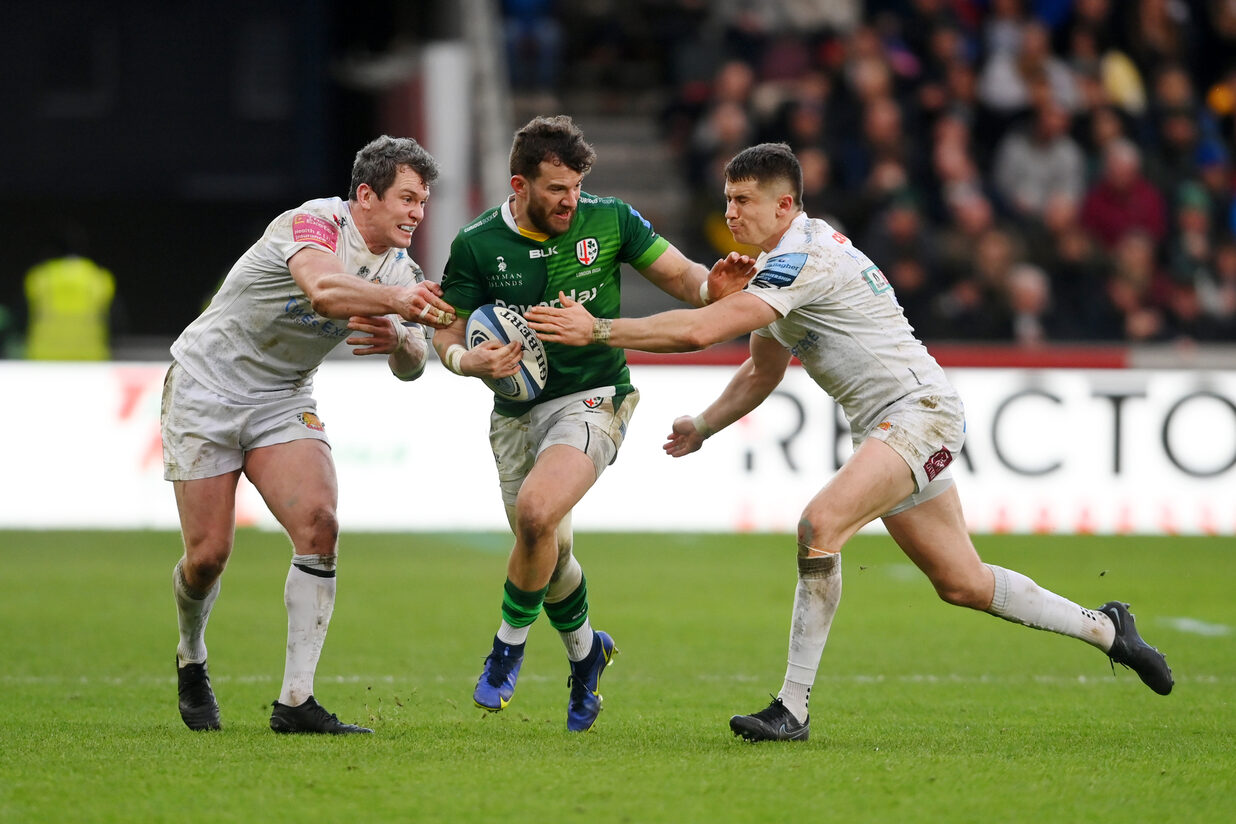 James Stokes was delighted with the defensive efforts from the squad on Saturday and thinks that was the key to claiming the victory over Exeter Chiefs at the Brentford Community Stadium.

The Gallagher Premiership Round 14 clash saw all the points scored in the first half, before stellar defensive efforts from both sides, resulting in the contest ending 18-14. Speaking moments after the full-time whistle, Stokes praised his teammates’ performances.

“Our defence was fantastic. I thought the boys were outstanding. I was just standing at full-back watching them get off the line every single phase to meet the attacker.

“It was a sight to behold. I think defence won the day; it was unreal.”

11,555 people headed to West London to watch Irish secure the four-point victory, and Stokes was left in awe of the crowd.

“The noise in this place is amazing. I can’t thank everyone who came out enough. It’s an incredible feeling to play in front of so many people.

“Please keep coming down to our home games, this was sensational!”

The victory ensured that the Exiles have done the league double over Exeter Chiefs, something that is no mean feat.

“We take every game as it comes, as much of a clique that it is, but we are starting to put together better performances over the 80 minutes.

“It feels great to say that we have managed to beat Exeter Chiefs both home and away this season. That is a testament to what a great side they are, and we know that they will already be wanting to come back at us next season.”