Steele spurred up for Saturday 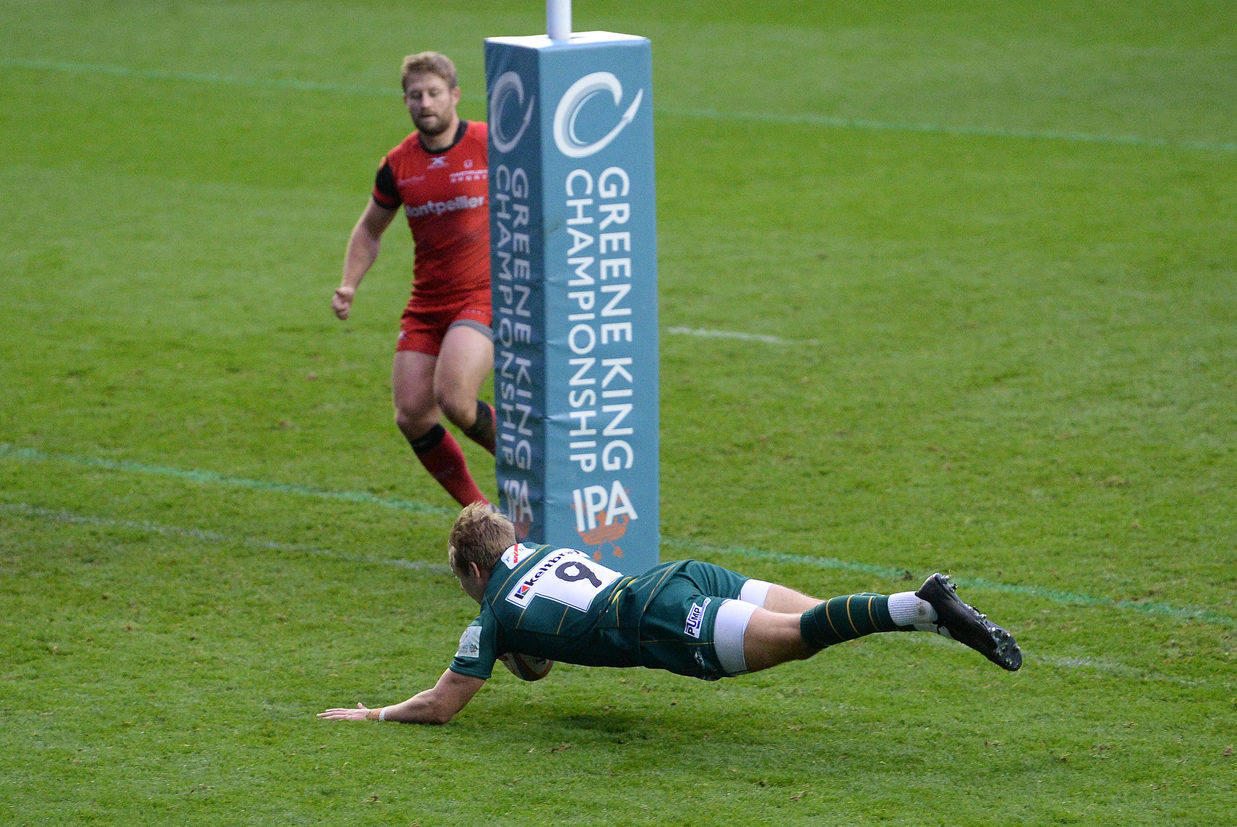 London Irish are set to take on Ealing Trailfinders in the Championship Cup final on Saturday 4 May and the Exiles scrum-half is buoyed by the prospect of lifting a second trophy of the season.

Scott Steele is excited to get back out on the field after lifting the Greene King IPA Championship trophy last weekend, when the Exiles travel to Trailfinders Sports Club on Saturday.

“It was a very enjoyable day. There was a great turnout from the supporters which made it that bit more special” explained Steele.

“There are some guys moving on from the club at the end of the year, so it was good for them to finish on a high. Even though we had won it the week before, the team put in a good performance. To lift it with a good win made it an even better feeling.”

Steele then went on to explain how the squad is motivated to finish the season with two trophies and to end with a good performance.

“The last time we were in the Championship, we missed out on the cup competition. We have worked hard to reach the final this year and there has been a bit of rotation to the team throughout the cup, so a lot of boys have put in a lot of hard work to the final stage.

“We are fully-focused on putting in a good performance to give us the best chance to win.”

This will be the third meeting this season between the two teams and Steele explained that it will take a big effort from the Exiles to secure the win.

“They are a solid team. They’ve got a good squad that are coached well. It’s going to be another tough game.”

“Last Saturday we had to hold on for periods of the game and there were some last-ditch defensive efforts, so it will be another big match. The boys are focused but know it’s not going to be easy.”

Knock-out cup rugby adds a special nature to the contest, but Steele thinks the final will bring out a bigger desire from the Irish squad.

“The cup final is a bit different to the other games this year. In the league games, if you go ahead you start to think about the bonus-point. In the cup final it’s all about getting the win and taking the points on offer.

“The boys just want to win trophies, it’s not very often in rugby that you win them so the lads will be looking to do that.”

Steele has been a proven member of the Exiles squad, making 21 appearances (including surpassing 100 for London Irish) in the process. Throughout the season, Steele has seen the Irish supporters travel the country and is hoping that they turnout for one last match come Saturday.

“It’s special when we get loads of travelling support. For both the Richmond and London Scottish matches, the supporters clapped us into the stadium with rows of people on each side.

“It really does lift you before and during the match. We are hoping for more of the same for the cup final and the boys will look to put in a good performance to thank them for it.”