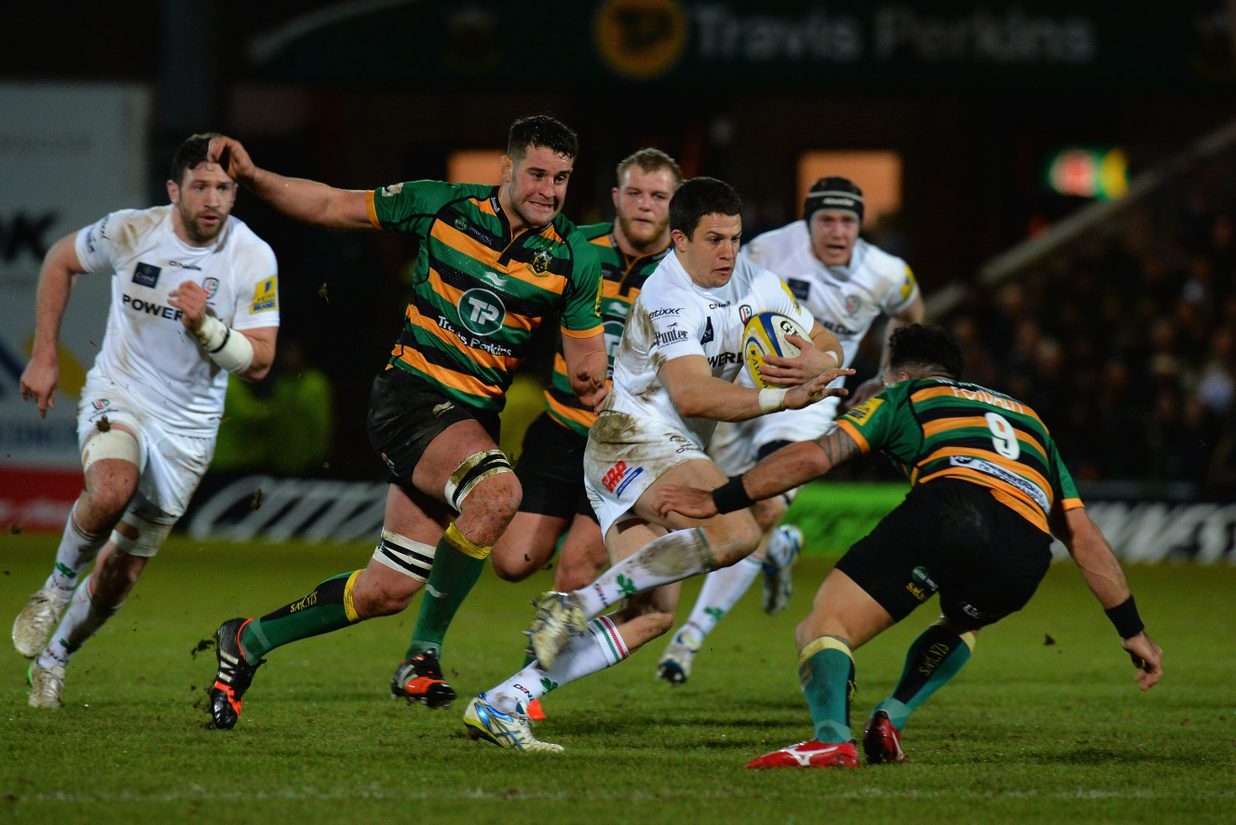 London Irish showed great spirit and fight but in the end were defeated 15-9 by Northampton Saints this evening. The Exiles did manage a bonus point but had chances at the end to get the win.

Shane Geraghty kicked all of his sides points in reply to tries from Ken Pisi and Sam Dickson and five points off the boot of Stephen Myler.

London Irish travelled to Franklins Gardens for their round 13 Aviva Premiership encounter against Northampton Saints returning largely to the side that secured the European quarter final with victory over Rovigo in the last round of the Challenge Cup.

Nic Rouse was ruled out of the encounter with a rib injury sustained in last weekend's LV=Cup tie with Newcastle. Myles Dorrian and Darren Allinson also missed the match which meant 17 year-old Academy player Theo Brophy-Clews was named as a replacement.

Irish had the better of the opening quarter causing the home side all sorts of trouble in attack. Glenn Delaney's side however failed to register any points for their efforts.

Northampton came back into the game after two scrum penalties gave them territory and good field position. However the line beckoned on two occasions and both times tries went begging.

The Saints were not to be denied and after 27 minutes had their first score. Scott Steele kicked to the edge of the Irish 22 for Topsy Ojo to challenge. Jamie Elliot won the ball and after the Northampton forwards cleared out the ruck, Stephen Myler kicked to the corner for Ken Pisi to chase down. The Samoan winger did brilliantly to get finger tips on the ball and touch down just before it went out of play. Myler added the difficult conversion to give his side a 7-0 lead.

Irish could have been level soon after. The Exiles rushed the Northampton backs in defence forcing them to fumble the ball. Ojo hacked on for Tom Fowlie to chase, but the ball just didn't sit up for the winger who would have been away had he gathered.

Irish scored their first points after 35 minutes off the boot of Shane Geraghty. It remained 7-3 until half time however both sides lost a player to the sin bin on the stroke of half time as Tom Court and Salesi Ma'afu were given their marching orders for an off the ball scuffle.

Irish were on the back foot at the start of the second half as the home supporters got behind the Saints. The score remained at 7-3 until both sides went back to 15 men. Tom Guest was sent to the bin shortly after for an infringement at the ruck and Jim Mallinder's side took full advantage as Sam Dickinson was driven over from a five metre line out. Myler missed the conversion and Saints led 12-3.

Geraghty and Myler exchanged penalties to make the score 15-9 going into the last 10 minutes. Irish had plenty of field position and possession but were unable to turn it into points. On several occasions the Exiles came close, almost crashing over from short range and again through a maul but Saints just held on for a 15 - 9 victory.