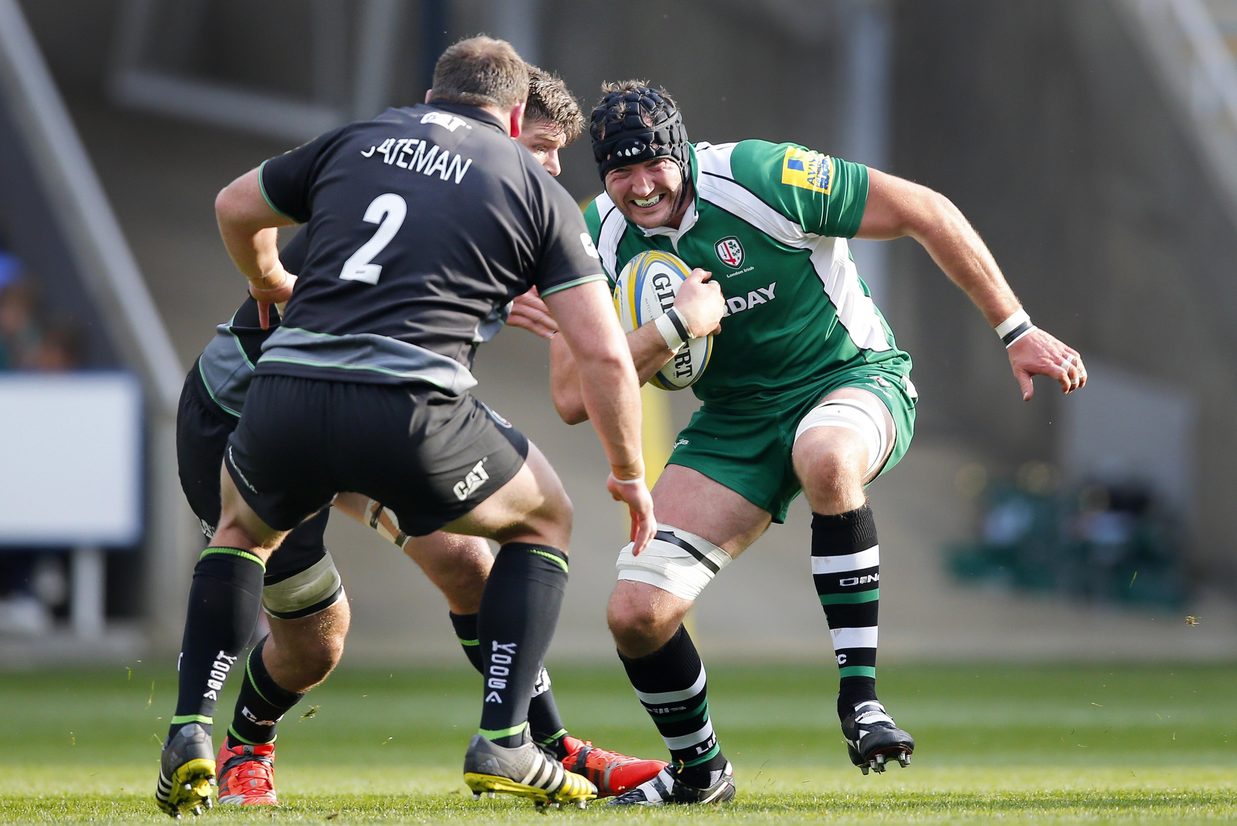 London Irish Club Captain George Skivington has signed a contract extension with the Club for next season.

The Exiles Club Captain has had limited game time this season after suffering a shoulder injury in the round four Aviva Premiership fixture against Bath.

The lock forward has made 63 appearances for Irish crossing for five tries since arriving at the Club in June 2012.

Skivington captained the England Saxons for two seasons and guided his side to victory in the 2010 Churchill Cup. He joined the Exiles from Leicester Tigers where he made 51 appearances over two seasons. Prior to his time at the Tigers, he spent eight seasons at Wasps where he won both the Heineken Cup and Premiership titles.

Commenting on committing his immediate future to the Club, the 33 year-old said: “It has been a frustrating season having suffered an injury so early into the season, but the medical team have been fantastic with my rehab programme. There is a great deal of potential at the Club and I have full belief that we can turn this around starting with our St Patrick’s Day Game on Sunday.

“This Club has been a part of my life since my childhood when I played through the minis and through thick and thin I am always very proud to wear the badge.”

Glenn Delaney, Head of Rugby Operations at the Club added: “George is the complete professional and his influence around the squad over the last five months, whilst being injured, has been exceptional. He is a proven leader and a massive influence on the group. It is fantastic for the Club and our supporters to have him committed to the Club for next season.”