Skivington key to forwards success according to Franks 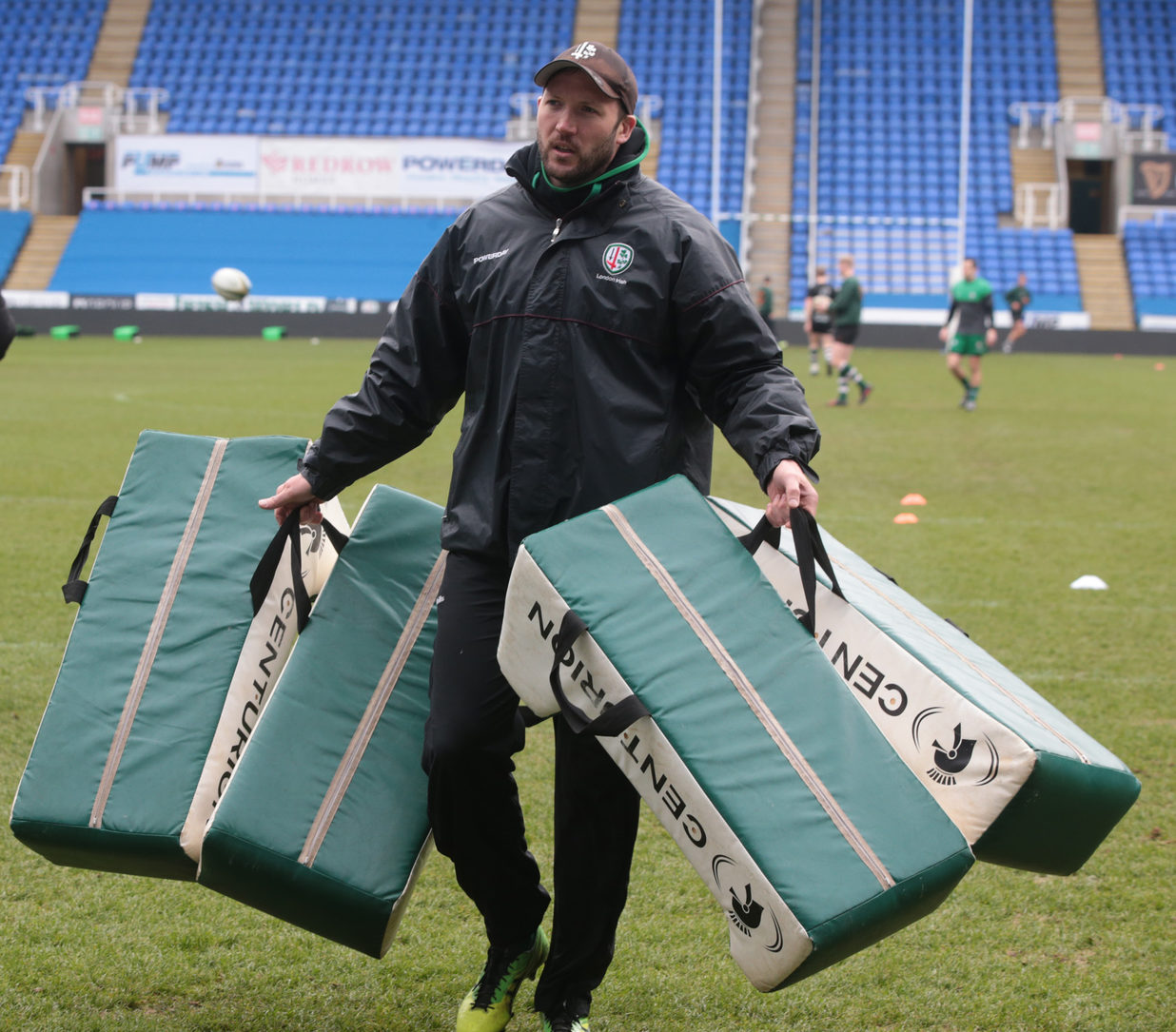 Franks, 33, has notched up eight tries for the Exiles this season, just two behind leading try-scorer David Paice, who has led by example up front.

With the maul yielding a flurry of tries for the duo, Franks pinpoints Skivington’s expertise, saying: “George worked tirelessly with the forwards in pre-season and has improved our mauling no end, which has been an effective tool for us all season.

“If it wasn’t for the maul, I might have only scored one or two tries.”

Irish take on Yorkshire Carnegie in Leeds on Wednesday 17 May, before returning to the Madejski Stadium for the second leg on Wednesday 24 May (kick-off 7.45pm).

“There’s a real excitement around the training ground at the moment, given that we’re in the finals,” said Franks.

“To play finals rugby is what we set out to do at the start of the season and now that we’ve got to this stage, everyone is looking forward to the challenge ahead.”

Reflecting on the campaign so far, Franks reveals the application of his teammates has been the biggest improvement.

“You could say that it’s been a very long pre-season prior to the play-offs,” said Franks.

“I think the biggest change at the club has been the way in which the lads have gone about their training sessions.

“The guys are coming out for the sessions and really thinking about what they’re doing. There’s an eagerness on the individual’s part to get better as players, which is something that the coaches deserve massive praise for.

“The Championship has been a physically demanding competition and what I’ve enjoyed most is the effort that the boys have put in all season.”

Turning his attention to this Wednesday’s Play-off Final first leg, Franks added: “Yorkshire will be a tough opponent for us as they have a well-balanced team, but we’re just focussed on ourselves and we’re going to have to be at our absolute best.”