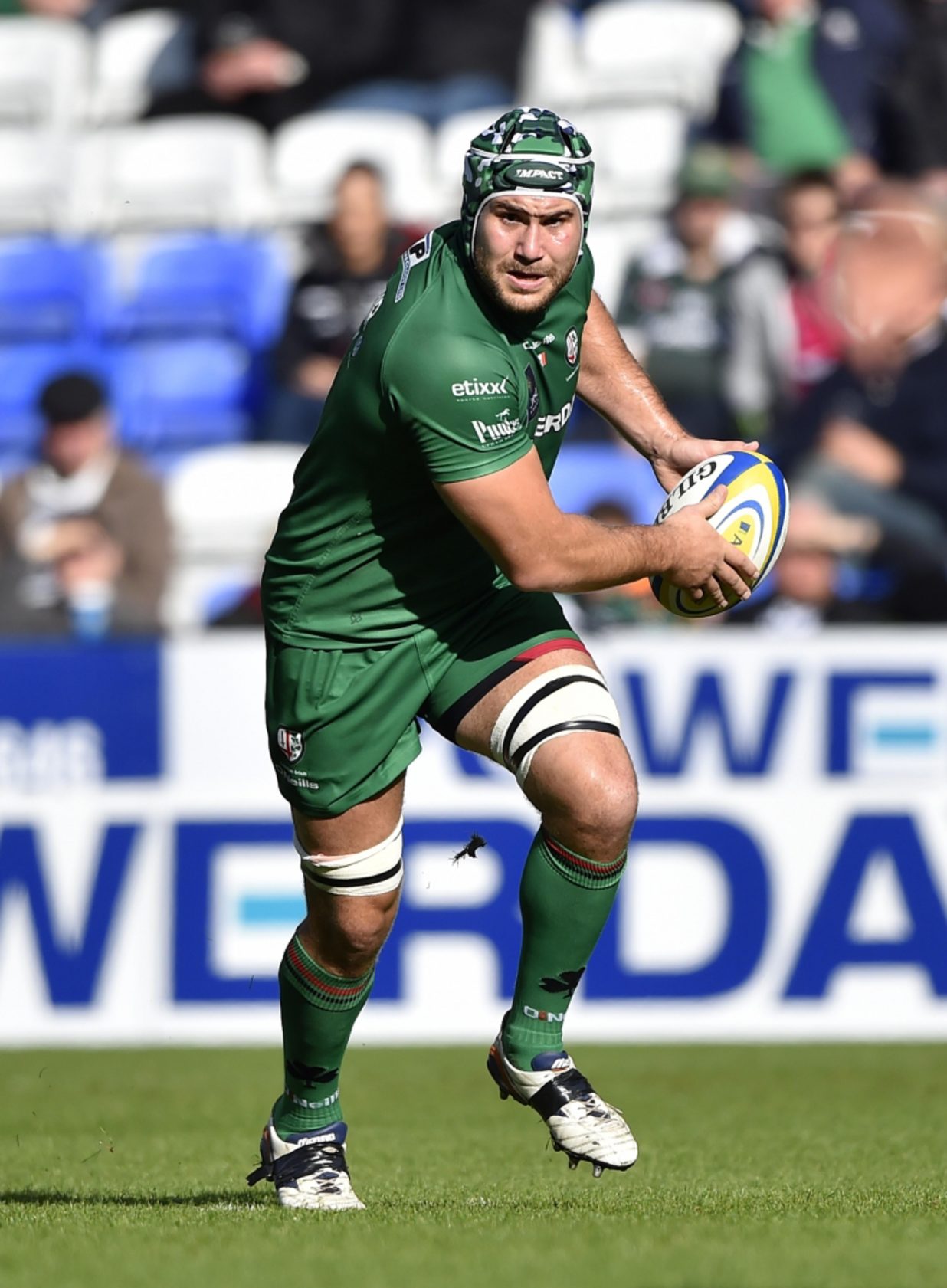 This Sunday London Irish welcome Gloucester to the Madejski Stadium in the Aviva Premiership.

Both sides come into the game having lost their last two Premiership matches and London Irish’s Jebb Sinclair, one of their six internationals returning from the Autumn Internationals this weekend, is hoping he can help get the Exiles back on track.

“It’s two clubs that are currently not where they want to be at the moment,” Sinclair said.

“Gloucester have lost their last two in the Premiership as have we, so we know they are going to be desperate and looking for four points.”

“We haven’t been as strong as we wanted to be at home so far this season, so they will be confident that they can come away with something.”

“We have let a couple of teams off the hook at the Mad Stadium this season, so we are keen to dig in our heels and get a win this season.”

Sinclair, who cemented his place in the starting line-up from the outset of the season, has been away with Canada throughout November as they faced a Championship XV, Namibia, Samoa and Romania; picking up one win against Namibia.

“It was good to catch up with the squad, although it was a little bit disappointing overall for the four games,” said Jebb on his time away with Canada.

“We probably under-performed which is a little disheartening 10 months out from a World Cup.”

“We worked on a lot of shape and game plan so I think we are ahead of where we have been, it is just our performances that have let us down.”

Now, back with the London Irish squad Jebb is keen to get back out in the Emerald Green and is excited to be back at Hazelwood.

“The atmosphere around the training ground is pretty good, I spoke to a few of the boys after the Sale game and they were disappointed, but looking at the last game against Bath and the spirit and commitment the boys showed in the second half was a step in the right direction.”

“The mood in the camp is still good, we are working hard and know the areas where we need to improve, it’s a positive environment and boys are just excited to have another home match this weekend, the good thing about sport is you have the next week to try and turn it around.”

Competition in the squad is high, especially in the second and back row where Jebb and the other five internationals in the squad ply their trade.

“We have six internationals in the same position or two, second row and back row, so losing all six wasn’t ideal, but we have all been out training like we haven’t been gone and suddenly that competition I had with Ofisa and Dan Leo in the International window is now over and we can now look to get things going as teammates again against Gloucester on Sunday.”

London Irish will be looking for a win this Sunday in the Aviva Premiership before attentions return to the European Challenge Cup and a double header with Cardiff Blues.