London Irish’s veteran second-row forward Rob Simmons has expressed his disappointment in being unable to walk away from Sandy Park with a win over the weekend.

The captain on the day, Simmons pointed to an undercooked first-half performance in Round 10 of the Gallagher Premiership against Rob Baxter’s Exeter Chiefs as to why Irish couldn’t pick up a second league win of the year.

Chiefs scored 19 of their 22 match points in the opening 40 minutes through Dave Ewers, Ruben van Heerden and Olly Woodburn tries, but a strong fightback was to follow from Irish.

Spearheaded by So’otala Fa’aso’o and Tom Pearson scores and the boot of Paddy Jackson, Irish’s resurgence consequently fell just short, and Simmons points to the Exiles’ opening 40 that undone the work that followed in Devon.

“That one really hurt, we had a really good second half there where we had impact from our bench, but that first half wasn’t good enough,” the captain confessed, who made his 50th appearance for London Irish against Exeter.

“Grabbing losing bonus was important, we’ve seen year in year out the importance of such points.

“It’s nice to come away with one point but it’d be nicer to walk away with four or five.

“We can’t start games like that and that is why we’re really disappointed.” 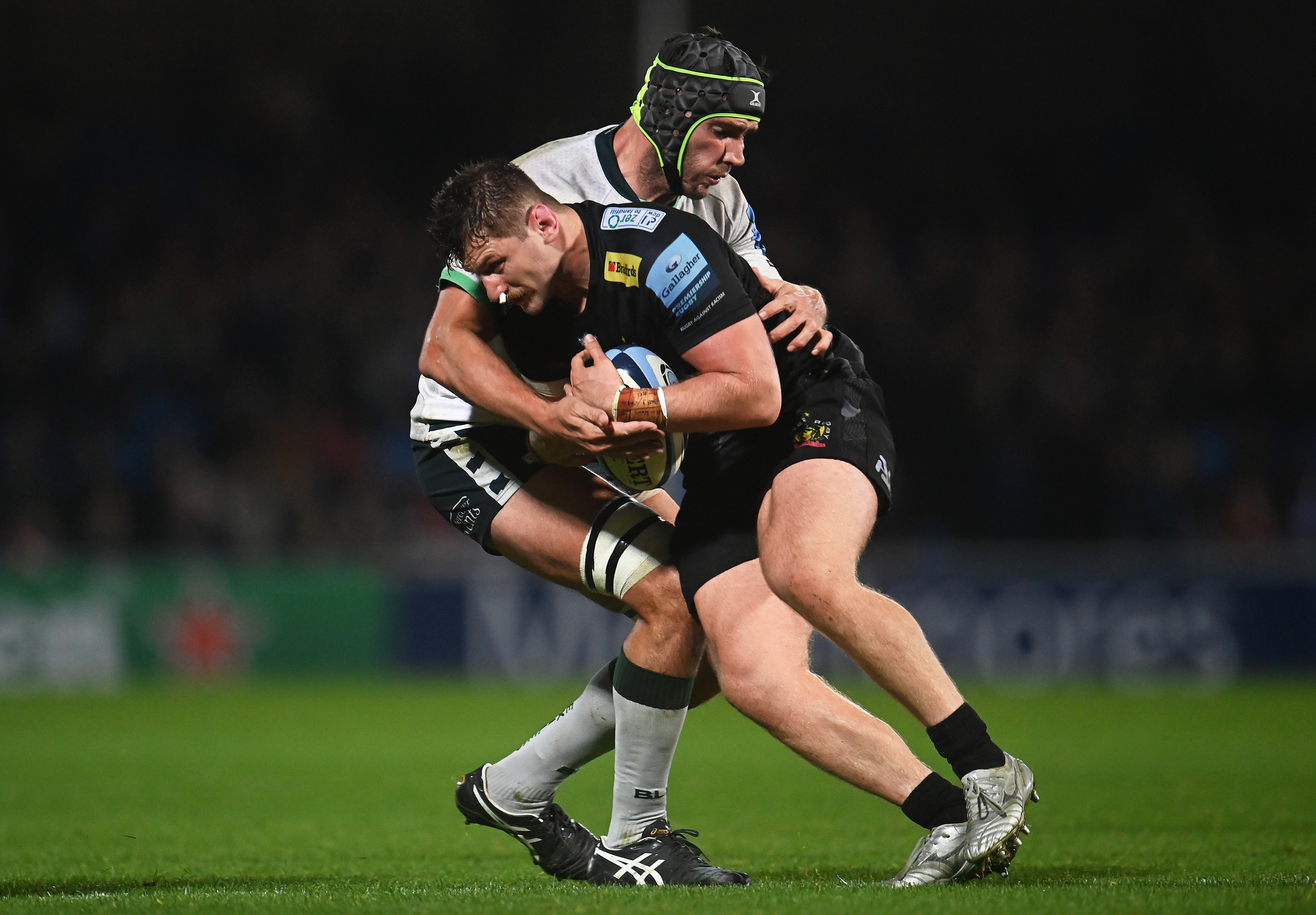 Whilst Irish’s red zone efficiency has been the standard of the Premiership this season, an uncharacteristic slip in the clinical nature of Irish eventually told.

A Round 10-high 13 trips to the opposition 22 could not translate to the final scoreboard, a regret of Simmons and the Exiles on the day.

He continued: “In the first half, we made entries into their 22 and we were down there for a while.

“That pushed the scoreboard out, and ultimately that was the difference.”

Reflecting on what Irish need to address going forward, the Wallaby centurion commended Irish’s ever-determined attitude but addressed a need to refine mental stamina throughout games.

“We look at that first half and I don’t think we were accurate enough, but I’ll never fault the effort from the other guys.

“We have seen time and time again that the effort is there, and we can come back in games and take teams right to the end.

“But in a full 80-minute performance, we need to work on our mental game throughout the week as well.

“We need to be in every moment and challenge ourselves better.”