Shane Geraghty on 'That Kick' 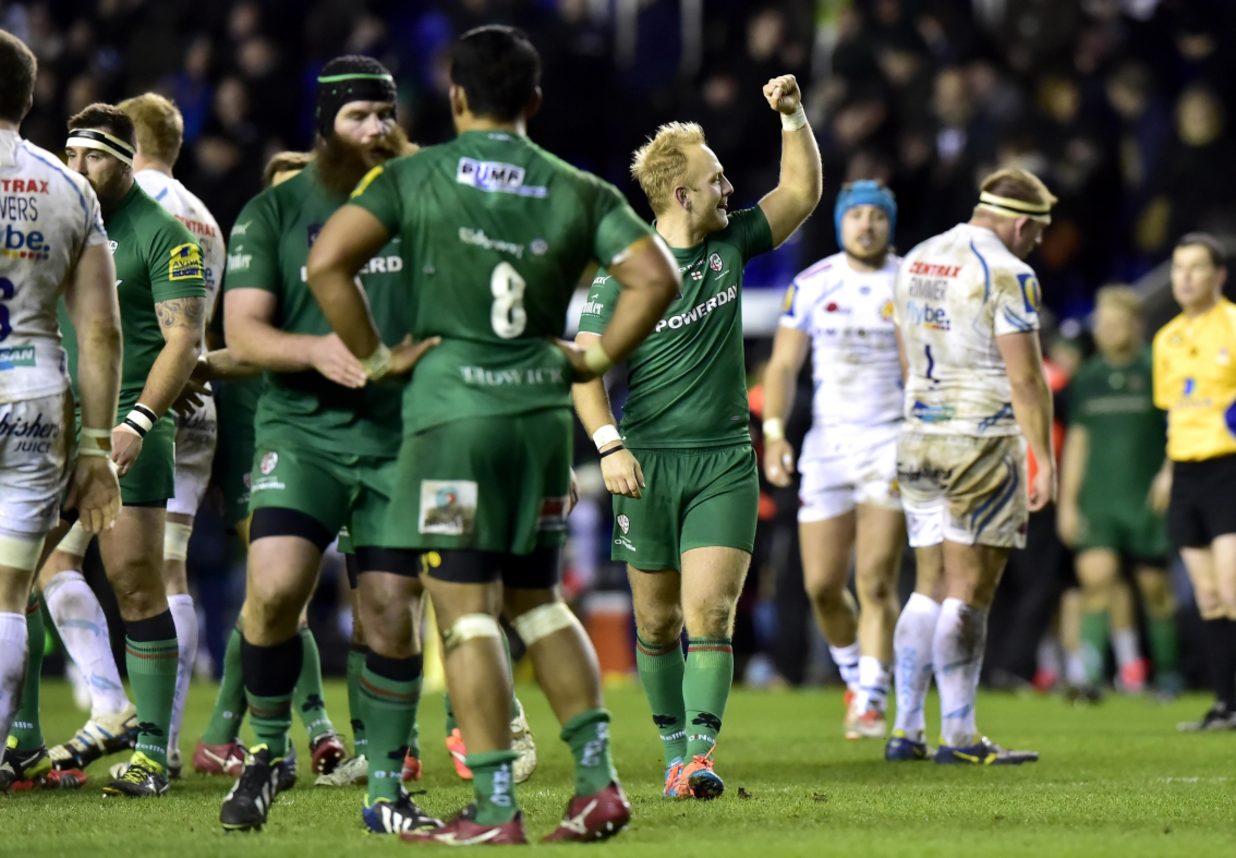 On Sunday 11 January London Irish welcomed Exeter Chiefs to the Madejski Stadium. In an exciting and fast paced game the Exiles outscored Exeter by four tries to two.

However, the boot of Steenson kept Exeter in touching distance and with three minutes to go the Chiefs took the lead through their reliable fly-half.

With thirty seconds to go Exeter looked to have stolen victory with Irish stuck deep in their own 22, but cometh the hour and cometh the man. Up stepped Shane Geraghty.

“It all happened so quickly,” he said. “We were in our 22 with 30 seconds left in the game. We had planned to have a crack from deep and go for it but we got the penalty and the next minute just flew by.

“We had a good bit of action down the right hand side and they weren’t really competing as they were worried about the penalty,” he said as he recalled the seconds before he landed the drop goal to win Irish the game in the last play of the game.

“It was just good play from (Tomás) O’Leary. I wanted that drop goal early, I didn’t want to go 18 phases and have the whole of Exeter chasing me.

“That just seemed like the perfect moment to have it. I have got to give credit to O’Leary for hearing the call and the rest of the guys for not thinking the game was lost with 30 seconds left and a scrum in our own 22.

“We haven’t had a game like that in a while and in our position people probably question our confidence and I think that shows where our confidence levels are at the moment, a very good level.

“I think yesterday we showed what we can do. To come away and win the game, the boys at the end were desperate for a win.

“There has been a lot of chat lately about Irish and where we are in the league but I don’t think a bad team would have been able to turn that around. We showed a little of what we can do today.

“Our consistency has been poor, we know that. But this last month we have regrouped and the management have been really building on direction and leadership and the players have really backed them and built some momentum.”

With that drop goal Geraghty ensured the Exiles claimed an all important victory and along with tries from Tom Guest, Alex Lewington and a brace from Blair Cowan London Irish got a crucial bonus point, bringing them level on points with Newcastle Falcons in the table.

This win will also stand the Exiles in good stead as attentions turn away from the Premiership and back to the European Challenge Cup where Irish currently sit at the top of their pool.

This weekend sees London Irish welcome Grenoble to the Madejski Stadium for arguably the most important European fixture in the Club’s history as the Exiles look to claim a home quarter-final.