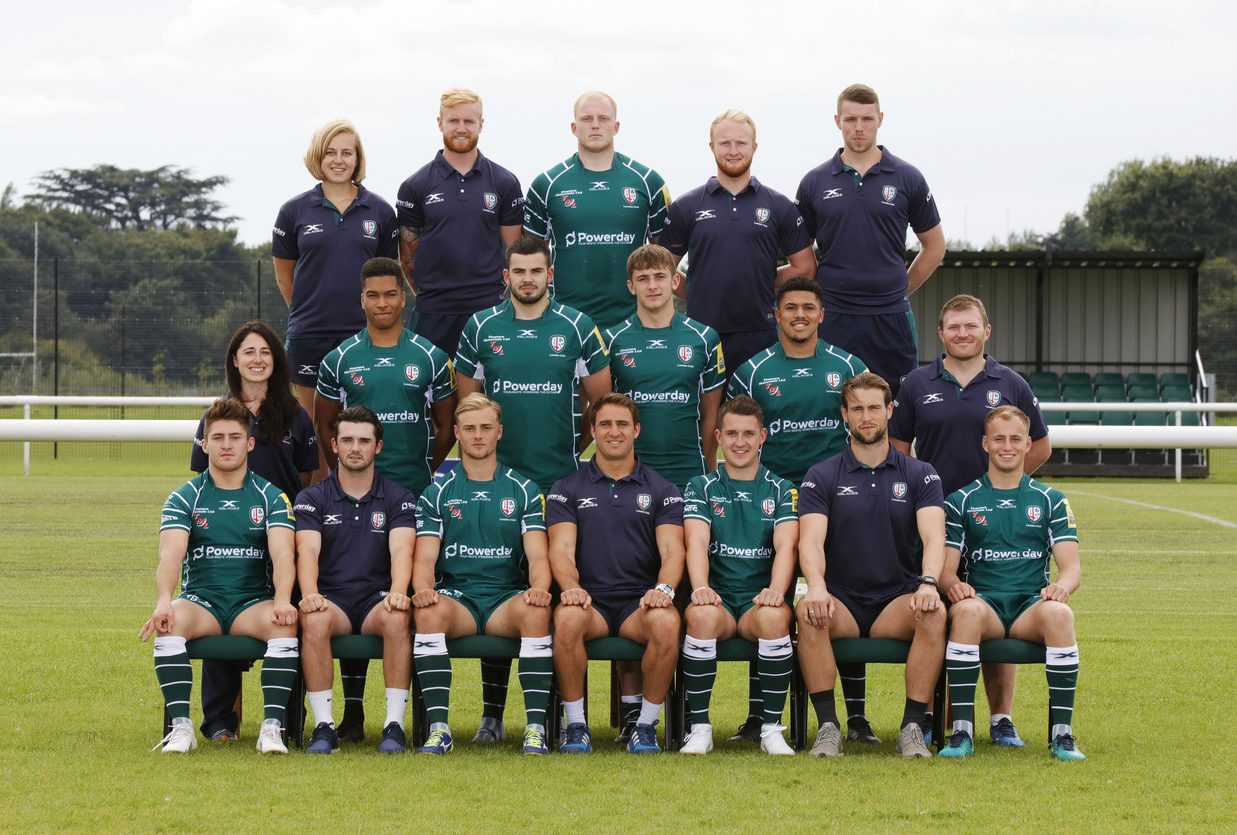 London Irish are pleased to announce a number of senior academy re-signings ahead of the 2018/19 season.

Tom Parton, Matt Williams, Jacob Atkins, Rory Brand, Jack Cooke, Ben Loader, Isaac Curtis-Harris, Sam Collingridge, Ollie Hassell-Collins and Austin Hay have all inked new deals at Hazelwood and will join up with the first team squad for pre-season training.Those players involved with England U20s at this summer’s World Rugby U20 Championship will have an extended break following the competition.

Loader, 19, joined the Exiles’ senior academy set-up last year and has impressed club officials since making his first team bow against Edinburgh Rugby in the European Rugby Challenge Cup last autumn. Making seven appearances for Irish, the explosive winger dotted down on his Premiership debut at Bath on the final weekend of the campaign and scored two tries during England U20s’ Junior World Cup victory over Italy last week.

Fellow international teammate, Parton has also signed on for more as he continues to push for regular first team rugby under the guidance of experienced director of rugby Declan Kidney. The 20-year-old is playing in his second Junior World Cup in as many years this summer, the former Wellington College pupil having played eight times for the Exiles since moving into the senior academy set-up ahead of the 2016/17 season. That season, Parton notched up two tries in six appearances during the Exiles’ British and Irish Cup exploits, his excellent form coinciding with an U20 Six Nations winners medal. Last season Parton had a loan spell at London Scottish, scoring two tries in the process.

Meanwhile, scrum-half Brand has committed his future to the club. Part of the Exiles side that was crowned Premiership Rugby U18 champions in 2016, Brand’s progression has been aided by game time in the Championship during the 2016/17 season, subsequently going on to represent England U20s in the U20 Six Nations and World Rugby U20 Championship, picking up a Six Nations winners medal in 2017.

Williams rounds off the England U20 players to have penned fresh terms, the centre having scored three tries in 13 appearances for Irish. Making his debut against an Ospreys Premiership Select in the British and Irish Cup in 2016, Williams’ credentials were clear from the outset and he went on to feature eight times during the 2016/17 campaign. Last season Williams made his European debut at home to Edinburgh Rugby, with Stade Français and back-to-back outings against Krasny Yar the other Challenge Cup games he appeared in. Williams was in the England U20 squad for this year’s U20 Six Nations, injury curtailing his campaign as England were edged out by France for the top prize.

20-year-old Atkins is the fifth player to have re-signed, the fly-half initially joining the Exiles ahead of the 2016/17 season after coming through the AASE programme. Atkins introduced himself in style at the tender age of 18, scoring the Exiles’ final try as they defeated Harlequins at The Stoop in the Cunningham Duncombe Series in 2016. The 2016/17 season saw Atkins play five times in the British and Irish Cup and make his Championship debut against Cornish Pirates in March 2017, his kicking game developing under the watchful eye of kicking coach Charlie Hodgson last season. Dual registered with National League One outfit Rosslyn Park and London Scottish last term, Atkins will be keen to learn from Premiership-winning No. 10 Stephen Myler, who recently signed for the club.

Like Atkins, Hassell-Collins also came through the AASE Scheme to earn himself a senior academy contract at the start of the 2017/18 season. Representing England U18s last summer, Hassell-Collins took part in the 2017 Singha Premiership Rugby 7s where he got himself on the scoresheet against tournament hosts Northampton.

Dynamic ball-carrier Curtis-Harris featured in last season’s European Rugby Challenge Cup campaign, the back-rower setting the tone with a try during the Exiles’ pre-season victory over Richmond last summer. Curtis-Harris is dual registered with National League One side Esher, allowing him to get valuable game time under his belt as he bids for regular first team rugby. The Hampshire-born former England Under-17 player played a key role in helping the Exiles lift the Premiership Rugby U18 title in 2016 and despite sustaining a long-term injury shortly afterwards, Curtis-Harris showed incredible determination to make a full recovery. He made his senior debut against Edinburgh in the European Rugby Challenge Cup last season, and made four appearances in total during his side’s Euro adventure, including an outing in the Exiles’ memorable 44-7 victory over Stade Français in the French capital.

Fellow back-row forward Collingridge has also pledged his future to the Exiles, the former Hampton School and MPW pupil a player who relishes the physicality of the game. Joining Irish’s academy aged 15, Collingridge has gone from strength-to-strength through the junior ranks.

Former Ireland U20 international Cooke is the third back-row to have extended his stay with the Exiles, the 6ft 3” talent making his Premiership debut against Bath on the final day of the 2017/18 season. Cooke has made 11 appearances for Irish since pulling on the green jersey for the very first time against an Ospreys Premiership Select in 2016. Starting eight of those games, Cooke has also enjoyed game time for the Wild Geese and will be itching to enhance his exposure to first team rugby next term as Irish target a return to the Premiership.

Austin Hay rounds off the senior academy re-signings, the robust prop currently studying for a sports management degree in between packing down in the scrum. The promising front-rower has played three times for Irish, all coming in the British and Irish Cup during the 2016-17 season. Tipping the scales at 18 stone and standing at 6ft 1”, the 20-year-old adds power to the frontline.

Meanwhile, Josh Basham, who made his Premiership debut last season, has decided to focus on his academic studies and has relocated for university.

Academy manager Patrick O’Grady said: “I’m delighted that a number of our senior academy squad have being retained ahead of the 2018/19 season and I’m looking forward to seeing them develop throughout pre-season and beyond.

“We have some exciting talent coming through at present and in the coming days we’ll be in a position to announce the players that have been promoted to the senior academy.”