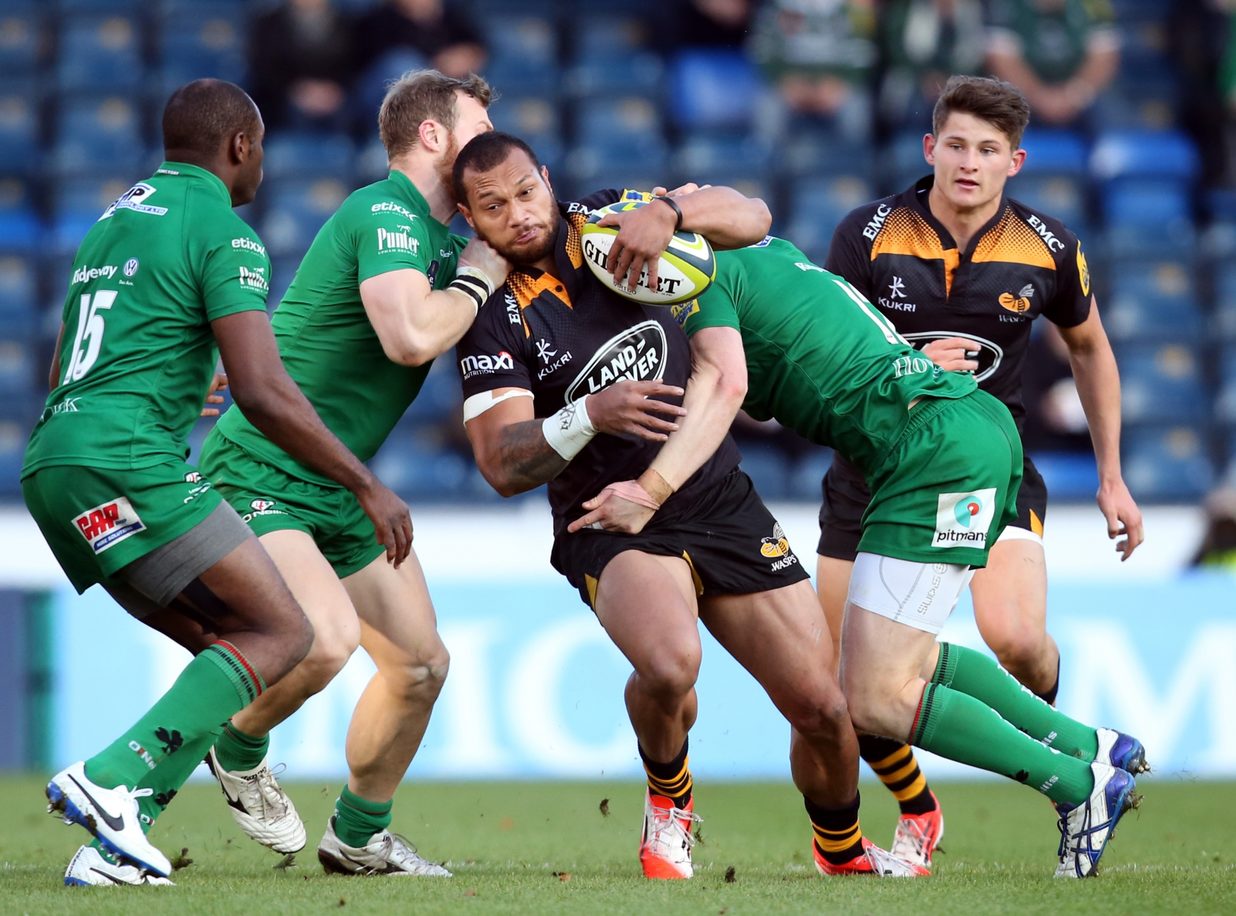 London Irish faced a trip to Adams Park on Sunday 9 November to face Wasps in the LV= Cup.

Irish, coming off the back of a loss last week at the hands of Leicester Tigers, were looking to claim a win in their last game at Adams Park before Wasps’ move to Coventry.

Senior Academy players Ross Neal and Ollie Curry were handed their first starts, along with Cameron Cowell who started last week, with another three of the Academy on the bench including a first senior appearance for Theo Vukasinovic.

Irish started the game well, leading at half time. However, as the penalty count increased in the second half Wasps ran in three second half tries and the boot of their fly-half Alex Lozowski kept the momentum on their side as they went on to win 43 - 22

The opening stages saw the kickers trade blows as the score came to 3 – 6 in Irish’s favour after the opening ten minutes. Myles Dorrian got the first points of the game before Wasps fly-half Alex Lozowski drew it level. A second penalty from Dorrian however swung the advantage back to Irish.

After a quarter of an hour Wasps retook the lead. Good ball retention and strong carries gave the platform for loose-head Simon McIntyre to crash over from short range. Lozowski added the extras to bring the score to 10 – 6.

Lozowski further extended the lead soon after with a penalty, but Irish struck back soon after. Eoin Griffin showed slight of hand to set Ross Neal down the wing but after being held up the referee bought it back for an Irish penalty. Dorrian again stepped up making the score 13 – 9 after 25 minutes.

This ill discipline continued to be a theme in the first half, Lozowski converting another penalty to extend the Wasps’ lead before Dorrian pegged them back again with a penalty of his own to make it 16 – 12 as the half drew to a close.

Irish snatched the lead in the final play of the half. Cameron Cowell showed his searing pace and lightning footwork to scythe through the Wasps defence before being dragged down five metres short. The forwards then took over, knocking on the door before Leo Halavatau smashed his way over. Myles Dorrian converted to make it 16 – 19 at the break.

Irish started the second half with the boot of Dorrian once again, the fly half converting a penalty within a couple of minutes of the kick off. However, Wasps struck back with a well worked try. Lozowski stepped through the defence and drew the last man before putting Josh Basset away in the corner. Lozowski added the extras to make it 23 – 22.

A further penalty for Lozowski brought the scores to 26 – 22 as we entered the final twenty minutes and another penalty seven minutes later meant the momentum continued to flow in favour of the hosts as Irish discipline was letting them down.

Guy Thompson crossed for Wasps as Irish were reduced to 14 men. After conceding a penalty at the scrum Jamie Hagan was sent to the bin. With the one man advantage Wasps opted for the corner and the pack drove their way over. Lozowski converted to make it 36 – 22.

Wasps had the final say of the match. After Irish pounded the Wasps defence the hosts turned it over and broke to go the length of the pitch, Elliot Daly the one to cross in the corner. Lozowski converted, leaving a final score of 43 – 22.

Next week sees the return of the of the Aviva Premiership and London Irish facing a trip to the AJ Bell to face Sale Sharks.