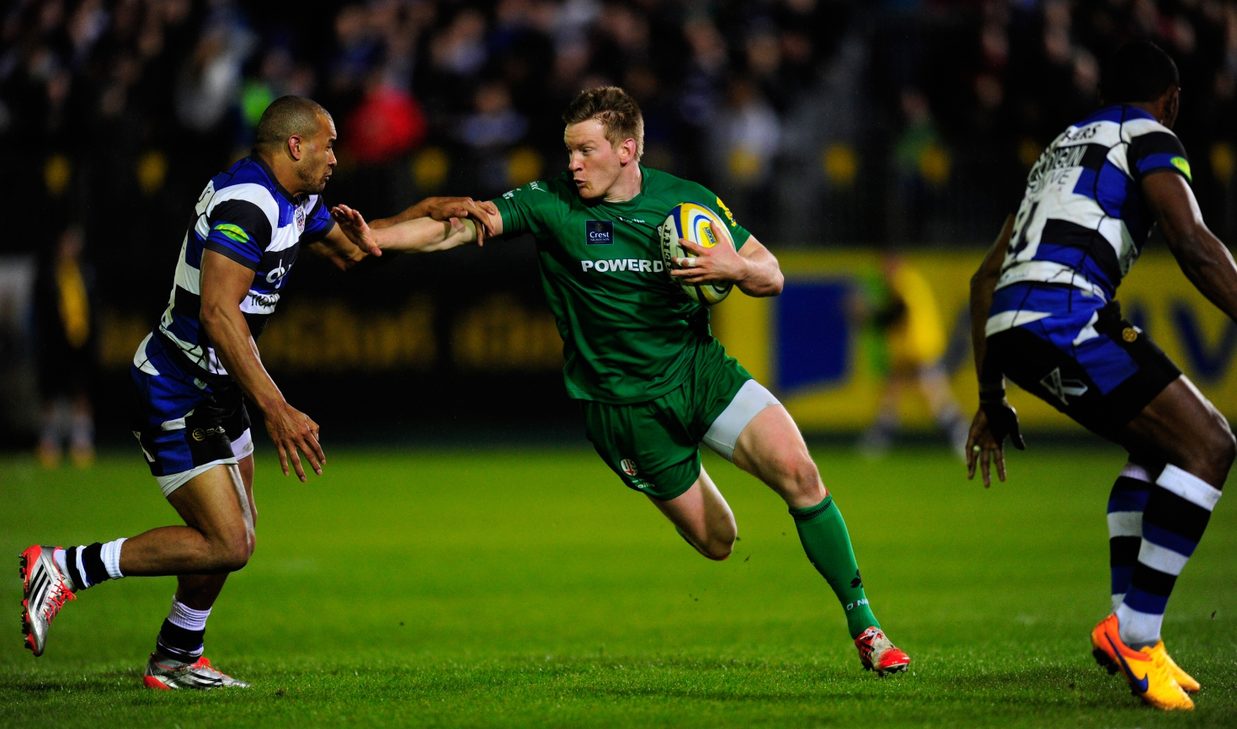 Bath scored five second half tries to come from behind to record a 43-18 victory at The Rec in the Aviva Premiership.

It really was a game of two halves as Irish went into half time with a 13-12 lead. However a second half blitz from the hosts, thanks largely to the impact of their bench, saw them home.

London Irish travelled to The Rec for the Round 20 clash with Bath Rugby coming off the back of a 25-23 victory against Sale two weeks ago.

The Exiles were forced into making one change from the side that beat Sale with Nic Rouse replaced by Luke Narraway after struggling to shake off a shoulder knock.

The hosts took an early lead through the boot of England fly half George Ford who put his side into a 6-0 lead after penalty goals after four and eight minutes respectively.

Glenn Delaney's side had the first try scoring opportunity of the half but were thwarted by strong Bath defence, with David Paice held up over the line.

From the resulting scrum the Irish front five put the squeeze on the Bath pack to earn themselves a penalty and the chance for Chris Noakes to reduce the deficit to three points which he duly did.

The home side had their best try scoring opportunity 25 minutes in and looked to use their scrum and line-out to work the Irish pack over. However the Exiles repelled that attack and three points from the boot of Ford was all they could muster.

Chris Noakes reduced the arrears to 12-6 with a second penalty goal and on the stroke of half time Tom Court bundled his way over for the first try of the game. Tom Guest broke down the left hand touchline to put Irish on the front foot. They remained composed and eventually Court was able to cross for the try. Noakes' conversion put the Exiles in the lead for the first time in the game and made it 12-13 at the break.

After a few stern words at half time and Bath came out a different animal scoring four tries inside 20 minutes to secure the bonus point.

Leroy Houston was the first to cross peeling off the back of a scrum to dive over. Ford's conversion put Bath 19-13 in front.

Four minutes later, and after great handling in the build up, Jonathan Joseph chipped over the Irish defence and re-gathered to dive in under the posts.

Matt Banahan was next in on the act as he was on the end of a well waited George Ford pass for the simplest of run ins. Ford was proving instrumental in creating chances for the home side in attack.

Sam Burgess drove his way over from a line out to secure the bonus point with just under 20 minutes remaining. Ford's conversion made it 38-13.

With seven minutes left Semesa Rokoduguni dived in at the corner finishing off after strong work by the bath pack.

Blair Cowan did ensure Bath had the last word as he was driven over by his colleagues just before the end to make the final score Bath 43 London Irish 18.

Irish travel to Gloucester in two weeks time for round 21 of the Aviva Premiership,