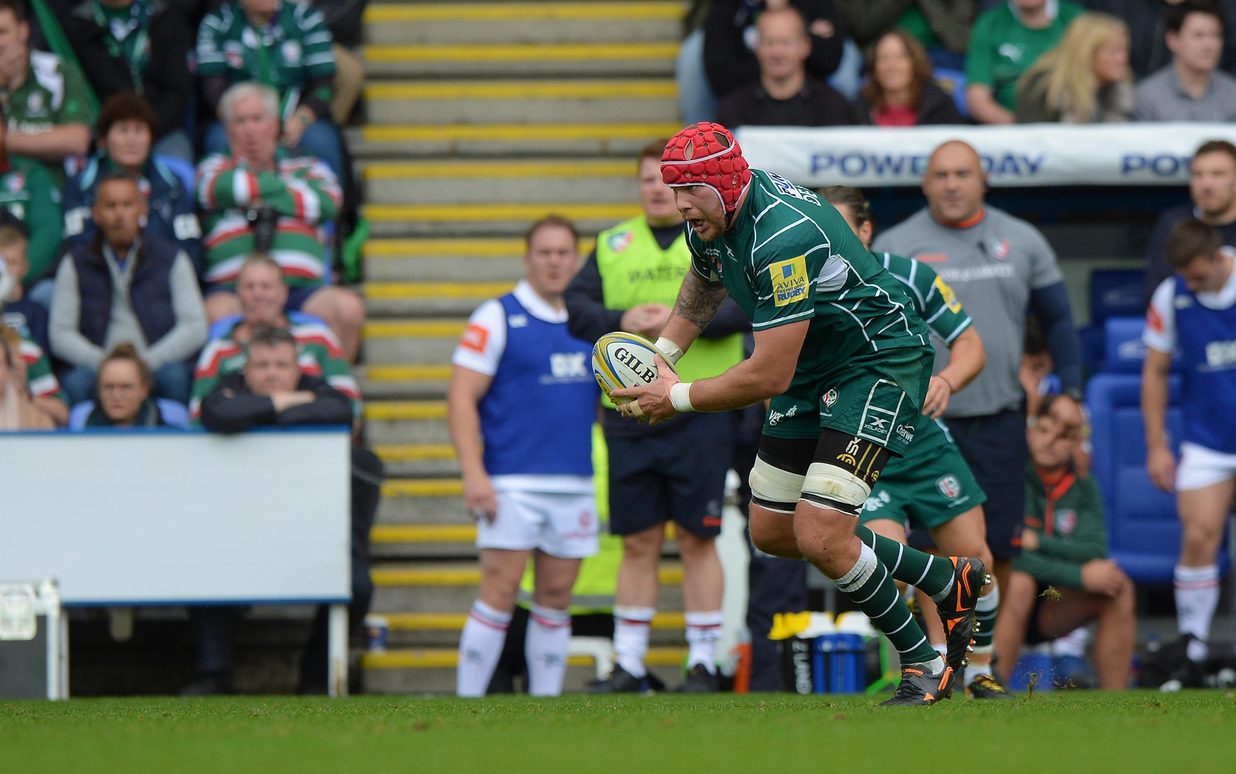 Sebastian De Chaves has extended his contract with London Irish in the build-up to this Sunday’s Aviva Premiership clash against Bath Rugby at the Madejski Stadium (kick-off 3pm).

De Chaves, 27, joined the Exiles from Leicester Tigers ahead of the 2016/17 season and played a key role in helping Irish make an immediate return to the Aviva Premiership.

Winner of the Players’ Player of the Season award at the end of last term, the abrasive South African has taken his game to new heights under the guidance of director of rugby Nick Kennedy.

Scoring four tries in 30 appearances for Irish, the former Springbok Under-20 international is impressed with the long-term ambition of the club.

“I’ve loved every minute of my time at London Irish and I’m delighted to have committed my future to the club,” said the English qualified powerhouse.

“We are relishing the challenge of the Aviva Premiership, a competition which I consider to be the most competitive in the Northern Hemisphere.

“We have shown this season that we’re more than capable of performing at the highest level and we now need to continue working hard towards the goal of cementing our place in the Aviva Premiership.”

Exiles’ boss Nick Kennedy, who was a mainstay of Irish’s second row for more than a decade, said: “We’re very pleased that Sebastian sees his future with London Irish and his decision to re-sign is a big boost for the club.

“He’s a real asset to the pack and his infectious personality in the changing room has been invaluable ever since he joined us.

“I’m looking forward to seeing him kick on in a London Irish jersey.”