Scout Leader off to Twickenham with Grab a Ticket 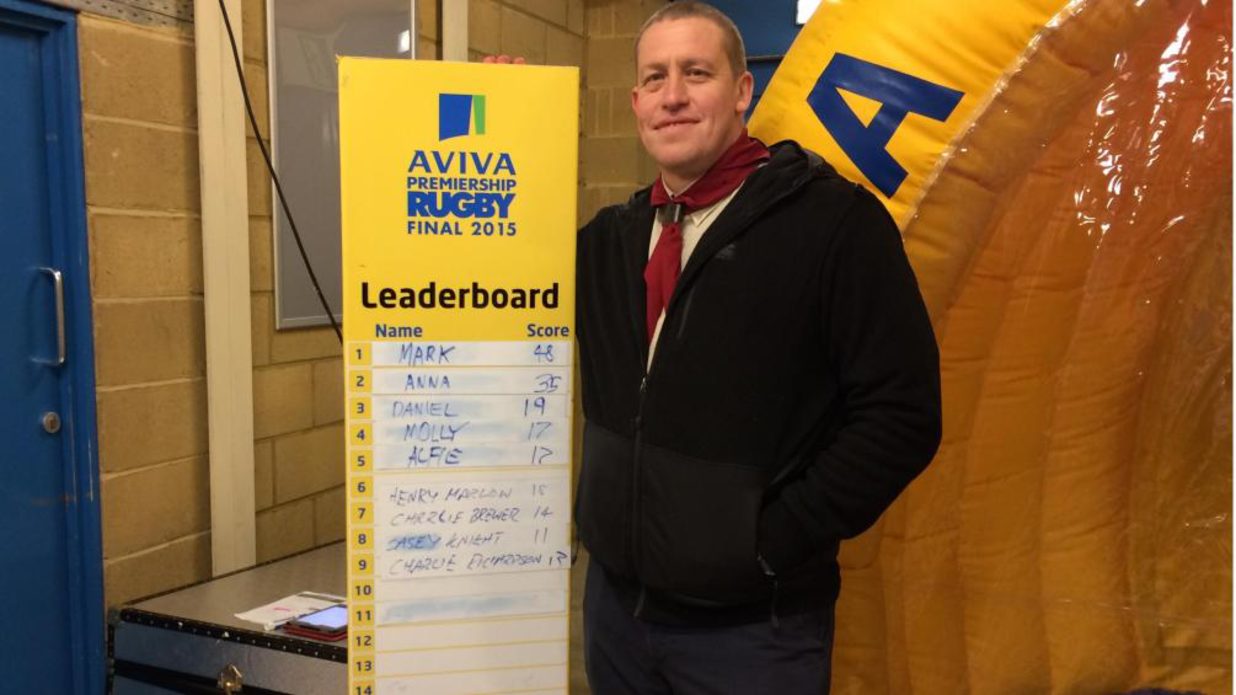 The Madejski Stadium was a step into the unknown for self-confessed Harlequins supporter Mark Knight-Ruffles – but he admits it turned into a day to remember after winning tickets for the Aviva Premiership Rugby Final.

Mark, from Banstead, is a scout leader and took the 1st Nork Group to London Irish’s match against Leicester Tigers last Sunday.

The result wasn’t the right one for the Exiles, but Mark made sure he came away with two tickets to Aviva Premiership Rugby’s showpiece at Twickenham on May 30 after winning the ‘Grab a Ticket’ competition.

Contestants enter an inflatable dome and try to catch as many paper tickets as possible in a 30-second time limit.

Mark, 44, topped the charts with a score of 48 to book his place at the final – and he insists he’s thrilled to be heading to Rugby HQ, even though Harlequins might not be joining him.

"Taking the challenge away from ‘home’ spurred me on, but to be honest the day was not a normal rugby day – it was more focused on the scouts, I'm glad they had a good time,” he said.
"I am absolutely thrilled to win, even though, unfortunately it doesn't look like Harlequins will make it there.

"Harlequins’ season has been up and down, one step forward and one step back, and we’ve had to cope with a lot of injuries to players.

"I’ve offered to take my wife to the final – I wanted to be diplomatic – but she decided I should take someone who knows and really enjoys their rugby.

"I've got a few friends who are big rugby fans and I think they might be fighting it out between them, but one gave me a ticket to a football final so I’ll probably take him!"

The ‘Grab a Ticket’ machine has also travelled to London Welsh and Harlequins and will head to the other nine Aviva Premiership Rugby clubs in the coming weeks.

Mark added: “It’s odd because you are concentrating on the tickets and just trying to grab as many as you can, but you’re aware lots of people are watching, some cheering you on, others hoping you don’t do well because they want the tickets.”

Tickets for the Aviva Premiership Rugby Final are now on sale. To snap one up head to premiershiprugby.com/final