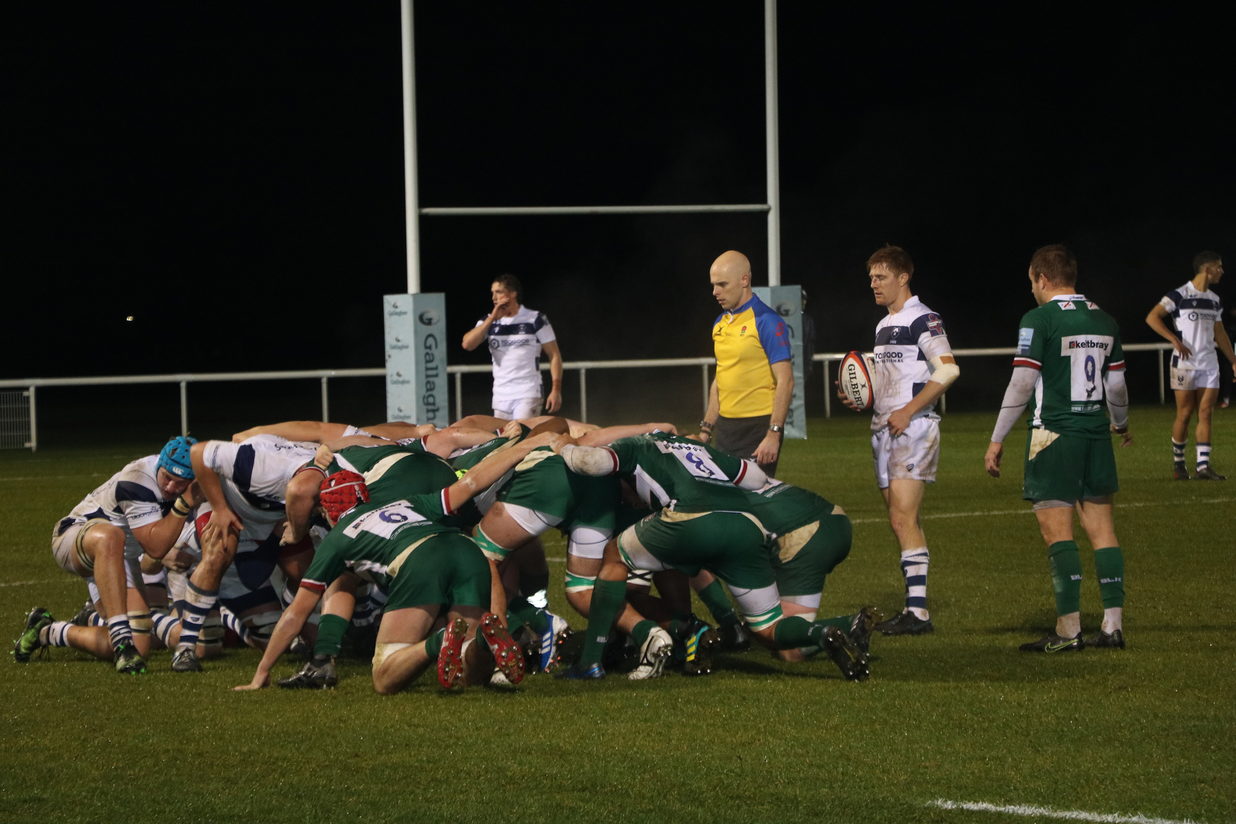 London Irish A kicked-off their Premiership Rugby Shield campaign with a bonus-point win against Bristol Bears A at Hazelwood.

Scott Steele, captaining the side, crossed for two tries and there were further scores for Phil Cokanasiga, Ben Atkins and Tom Fowlie.

London Irish A made a blistering start to the contest, crossing for the first try of the match after only four minutes of play. Bryce Campbell broke the line before offloading to Phil Cokanasiga. The ball was dislodged, and Irish reacted quickest when Cokanasiga pounced to bring up the first five pointer for the evening. Jacob Atkins converted to make it 7-0.

After repelling a number of Bristol attacks, Scott Steele sniped from the base of a ruck to score his sides second of the match to extend the Irish A lead to 12-0.

Bristol edged the second quarter of the game with Tiff Eden kicking a penalty goal before referee Joe James awarded the visitors a penalty try on the stroke of half time to make it 12-10 to Irish at the break.

The Exiles crossed for their third try two minutes into the second half, Scott Steele going over for his second score after more impressive handling in the lead up. Jacob Atkins slotted the extras to put daylight between the teams at 19-10.

The Atkins brothers were instrumental in the London Irish A bonus-point score, Jacob kicking the ball well into Bristol territory with the ball going into touch just five metres out from the Bristol A try line. The Bristol line-out was overthrown and fell in to the hands of Ben Atkins who dived over. His brother Jacob added the extras to make it 26-10.

Bristol A struck back with a try with just over 10 minutes left, before Tom Fowlie put the result beyond doubt with his sides fifth try of the evening to make the final score 31-15.