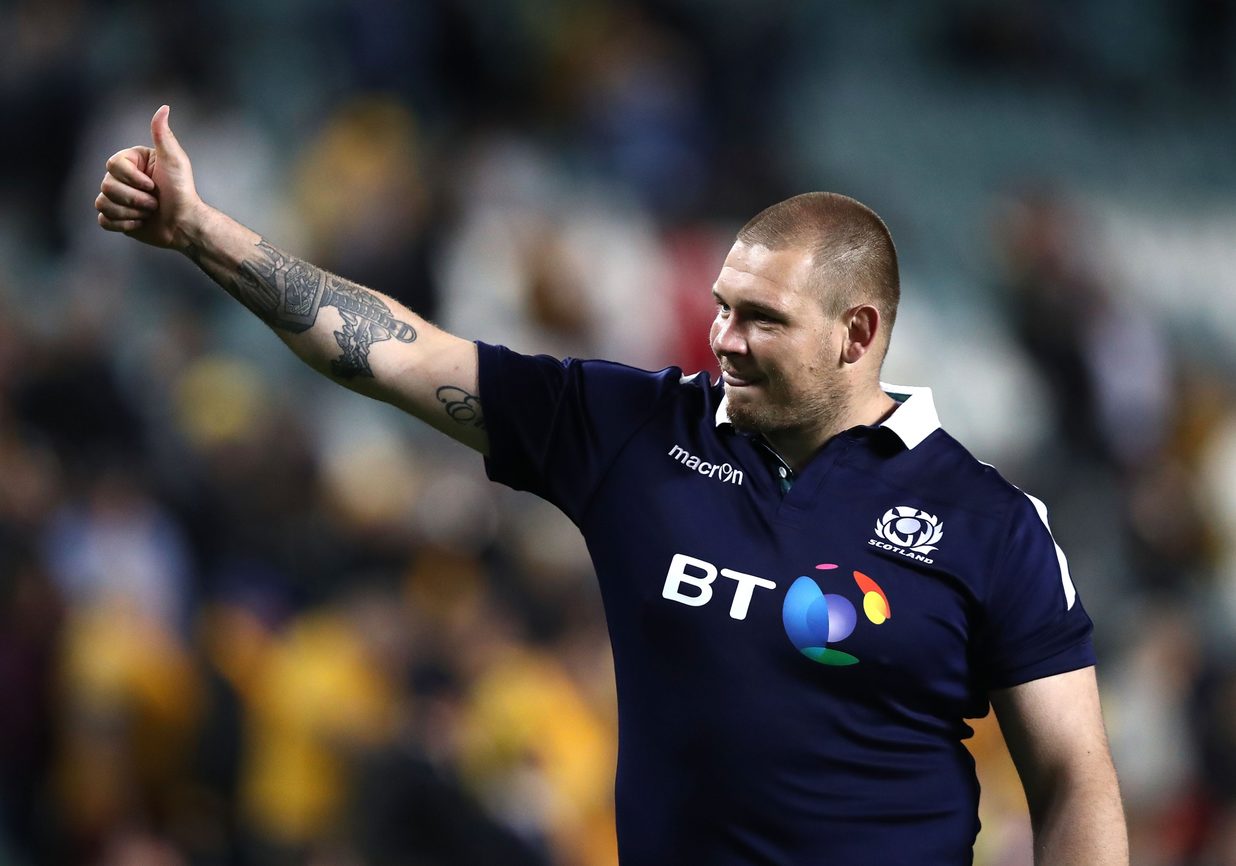 Scotland international Gordon Reid is looking forward to getting a full pre-season under his belt as London Irish plot an immediate return to the Gallagher Premiership.

Reid 31, an ever present in Gregor Townsend’s front-row during this year’s NatWest Six Nations, is determined to right the wrongs of last season and help the Exiles get back to the big time under the guidance of international coaches Declan Kidney and Les Kiss.

“I’m really looking forward to the challenge of playing in the Championship and it will be my first full pre-season in five years due to my commitments with Scotland,” said the Glaswegian, who was part of the Scotland team that triumphed over Italy in Singapore and then Australia in Sydney during their summer tour last year.

“Last season wasn’t my best at club level, despite things going well for me for Scotland, so I’m keen to get a proper run-out for London Irish and some decent games under my belt.

“It’s great to have Declan and Les on board – they are honest, straight talking and they’re the kind of guys I like to work under and they say what they think.”

Capped 32 times by Scotland, Reid joined Irish from Glasgow Warriors ahead of the 2017/18 season and played in each of his side’s Premiership victories.

Revealing that he has spoken to Scotland about his future in the international set-up, the loosehead prop added: “The Scotland coaches are happy with me playing in the Championship and they know what I can bring to the table.

“They see the Championship as a good challenge for me to still push for my place in the Scotland team. There was interest from other clubs both in the Premiership and in France, but I couldn’t do that to a club I’ve only been at for a year – it’s just not me.

“I’ll work on my fitness over the summer and build on my performances from last season – I always said that it would take me a year to settle into the club.”

The Exiles announced four new recruits last week, including the imminent arrival of Stephen Myler who Reid believes is a superb fit for the squad.

“As with any close season, there are players who have to move on and players that come in,” said Reid.

“Stephen Myler is a good addition and he has an excellent kicking game, which will be important for us next season.”

The full 2018/19 squad will be finalised and announced in due course.

The future starts now for London Irish, be a part of it with a 2018/19 Season Ticket. Find out more at  www.london-irish.com/seasontickets .