Scarlets fight back to claim victory 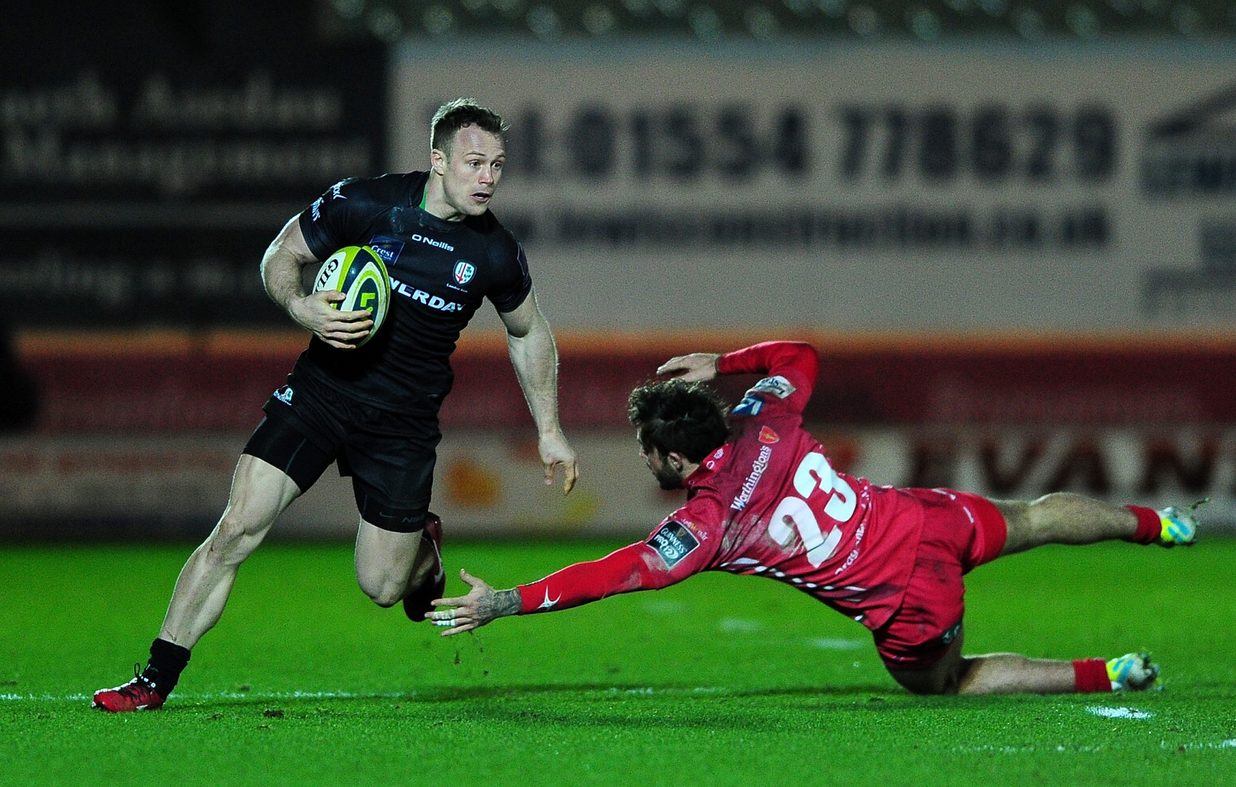 London Irish surrendered a seven point lead at half time to eventually go down 27-18 against the scarlets in the third round of the LV=Cup.

Tries by Andrew Fenby and Theo Brophy-Clews were in vain as Robinson, Warren and Evans crossed in the second half for Scarlets to secure them victory.

The first half belonged to Irish as they headed into the sheds with a 13-6 advantage. Darren Allinson was forcing the tempo from scrum half and Tom Fowlie and Eoin Griffin were frequently dangerous when they had ball in hand.

The hosts took an early lead after two minutes with former London Irish fly half Steven shingler getting the Scarlets on the board with a straight forward penalty goal.

The following 10 minutes was very stop start with injury breaks and unforced errors from both sides providing referee Craig Maxwell-Keyes with plenty of whistle blowing moments.

Shingler extend the home sides lead on 24 minutes with his second penalty before the Exiles dominated proceedings.

Andrew fenny dotted down against his old Club two minutes later after a great switch between Myles Dorrian and Tom Fowlie saw the England U20 centre glide through the Scarlets defence before offloading to the supporting Fenby who finished well. Dorrian converted to put Irish in front.

The Exiles fly half booted two further penalties before half time to ensure his side had a 13-6 lead at the break. The hosts finished the half with 13 men with both Ken Owens and Steven Shingler sent to the sin bin.

The second half belonged to the Scarlets as they crossed for three tries to put the game beyond Irish.

The West Wales outfit survived the opening 10 minutes with 13 men and for all the Exiles possession, they couldn't add any points to the score board.

Winger Harry Robinson finished well in the corner for their first try before Rhodri Williams sniped down the side of the ruck to put Adam Warren in for a try under the posts.

Kyle Evans was on hand to take advantage of Irish errors to score the third Scarlets try and put the result beyond doubt.

There was however still time for Irish to cross for a second score which was well finished by Academy player Brophy-Clews to make the final score 28-17.

Irish host Newcastle Falcons at Madejski Stadium next Saturday in the final round of the competition.