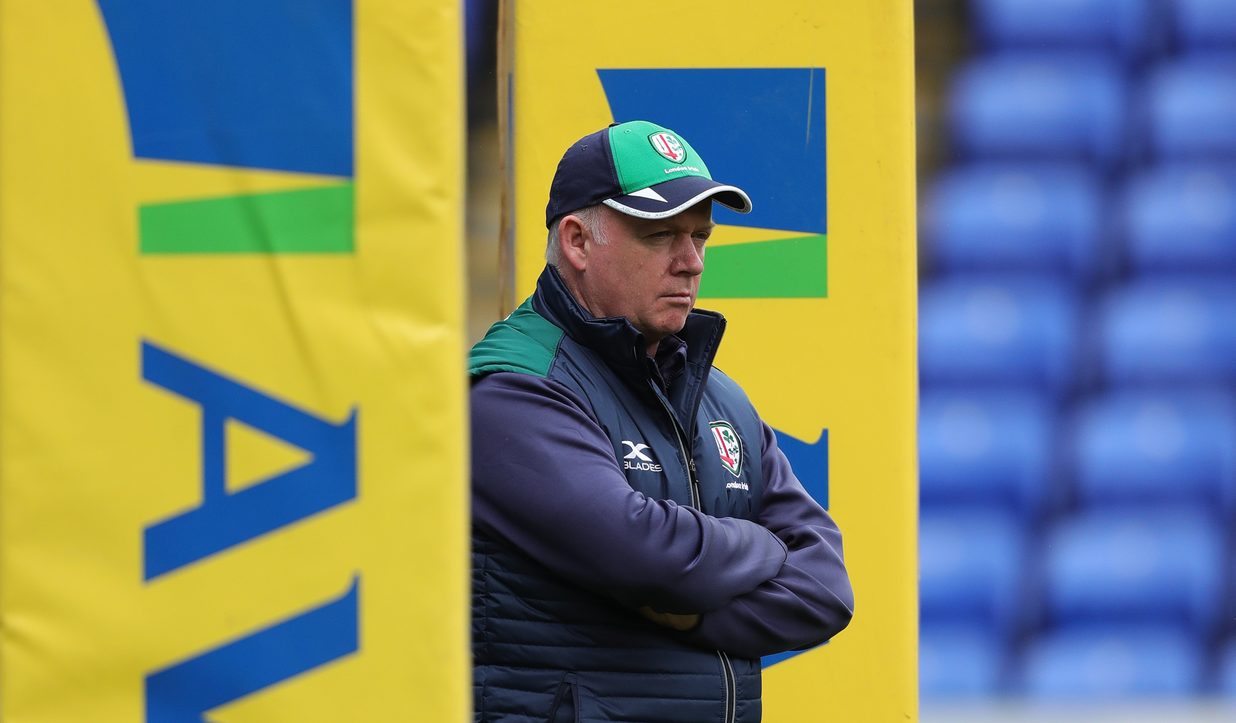 London Irish boss Declan Kidney and skipper Franco van der Merwe are determined to continue fighting for their Aviva Premiership status as they look to take things down to the wire with victory over Saracens this Sunday (kick-off 3pm).

The Exiles welcome the reigning European Champions Cup winners to the Madejski Stadium, before travelling to Bath on the final day on Saturday 5 May.

“There’s nine points in it at the bottom of the table and 10 points left to play for, so we’ll keep fighting,” said Kidney, who has guided Irish to seven points since taking over at the club last month.

“The Saracens game is a cup final for us – we’re at home and one of the things that has struck me in the short time I’ve been here, is the level of support that we’ve received when faced with adversity.

“We must get ready for an all or nothing match against Saracens. If I were to start talking about anything else, I’d be deflecting from the task in hand.”

Echoing Kidney’s sentiments, former Springbok international van der Merwe said: “Every game for us is a play-off and we need the points, it’s as simple as that.

“As long as there’s a bit of a chance, we’ll fight to the very end. Throughout the season the guys have shown unbelievable character and I have so much respect for the players. They are honest men working really hard.”

Saracens make the trip to Reading having already secured a play-off place, their resounding 41-6 victory over Bath a real statement going into the business end of the season.

Exiles lock van der Merwe remains defiant ahead of this weekend’s game, saying: “We’ve got a chance and we’ll give it a go. We won’t lie down and get kicked over.

“It would be a fairy tale if we can do it, it would be great. As long as there’s hope, we’ll keep on fighting.”

Tickets for the game are available from £23 for adults and £3 for juniors from www.lidirect.co.uk or 0118 968 1016. If you are a member of the Armed Forces, please email [email protected] with your MOD90 number for more information on the ticket offer and code.