Sale Sharks too good for Exiles at the AJ Bell 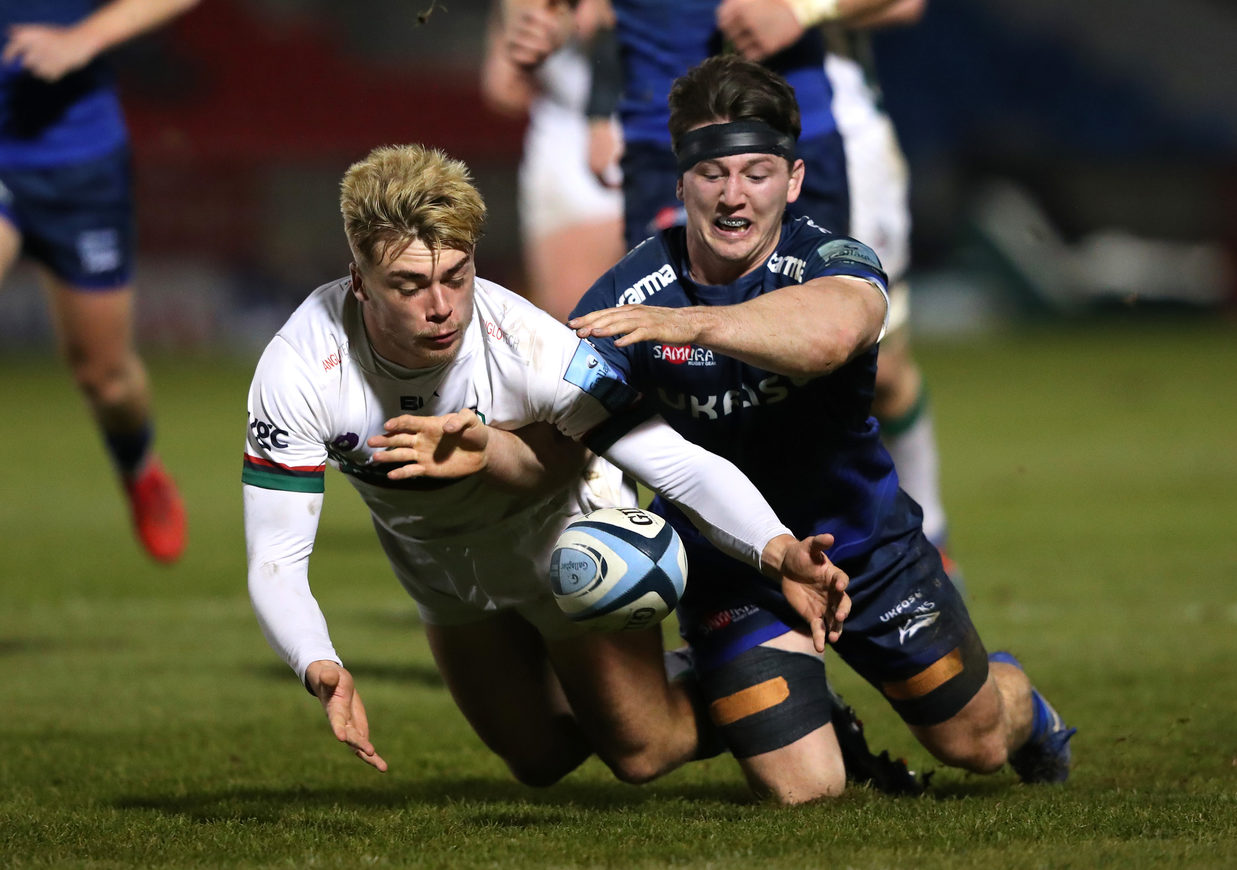 Sale Sharks produced a clinical second half display to beat London Irish 39-0 at the AJ Bell Stadium this evening.

The home side crossed for six tries in total, including three in the last 10 minutes to complete the win.

In a closely contested first quarter, it was Sale who crossed for the opening try of the game against the run of play. Sam James picked off an Irish pass in the midfield to gallop in from 30 metres out after 19 minutes of play. Rob du Preez added the conversion to give the Sharks a 7-0 lead.

The Exiles were well in the game and containing the Sharks hefty pack of forwards well. Terrence Hepetema and Motu Matu’u were breaking the line but just unable to provide the offloads that could have led to more.

Declan Kidney’s side had an opportunity as the clock ticked into the red at the end of the first half, but an offload out of the tackle was latched onto by the sharks and they ran up field with Luke James this time scoring in the corner. The conversion was missed, and Sale led 12-0 at the break.

Rob du Preez extended the Sale lead eight minutes into the second half. A straightforward penalty goal making it 15-0 to the hosts.

The third quarter belonged to Sale, but they could only muster the three points from du preez. Moving into the final quarter, Irish had Harry Elrington sent to the sin bin for 10 minutes and Sharks made the most of the one-man advantage.

Firstly, Rob Webber scored from a driving maul and then Sam James went over for his second, picking off another Irish pass to score the home sides bonus point try. Du Preez kicked both conversions to make it 29-0.

Denny Solomana and Byron McGuigan got over the whitewash just before the end to complete an impressive second half by the side from the north west as they ran out 39-0 victors.

London Irish have a two-week break before heading to the Rec on Saturday 21 March to play Bath in round 14 of the Gallagher Premiership.