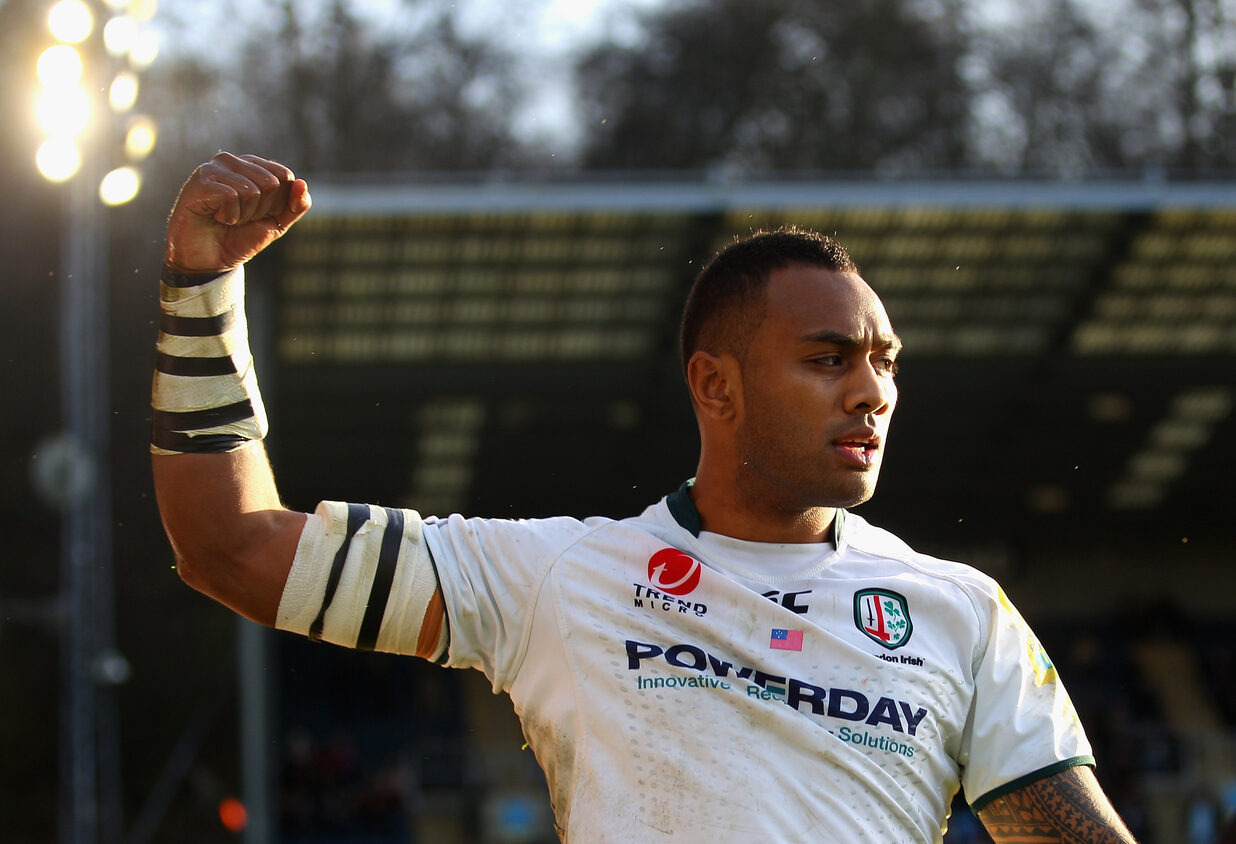 Now living half a world away from London Irish’s headquarters means a lot will have changed following a 2014 departure from London Irish, initially on loan to Stormers, before a permanent switch to Wasps.

Since Sailosi Tagicakibau’s last visit to see friends and former colleagues in the leafy south-west of the capital, a fresh new training complex at the Hazelwood Centre was erected in wake of the departure from The Avenue.

39-year-old Tagicakibau returns to Sunbury as the Head Coach of Shute Shield outfit Western Sydney Two Blues, having completed his first season in charge of the Paramatta-based side.

The former Samoa international and three-time World Cup tourist was impressed with the new complex, joking of how “we didn’t used to have rooms like this” as he sits down for an exclusive conversation with the Club.

“I treat Sunbury as a second home despite living in Sydney full-time, everything seems familiar and I spend some time here when I can,” Tagicakibau fondly states, who has made the trip to immerse himself in the Exiles coaching and training structure as the Club return from their Gallagher Premiership bye week.

“I have a long connection with London Irish and wanted to catch up with some old friends having come into the coaching arena now.

“I also wanted to learn in being part of a professional environment and see how they do things around different ideas of how the game is played.

“Living in Sydney now, I suppose we have a different way of looking at rugby but it can be a simple sport, so more variation the better!

“It’s great to be at the new Hazelwood, I only ever saw designs of it so to see it and be part of it at the moment is awesome.” 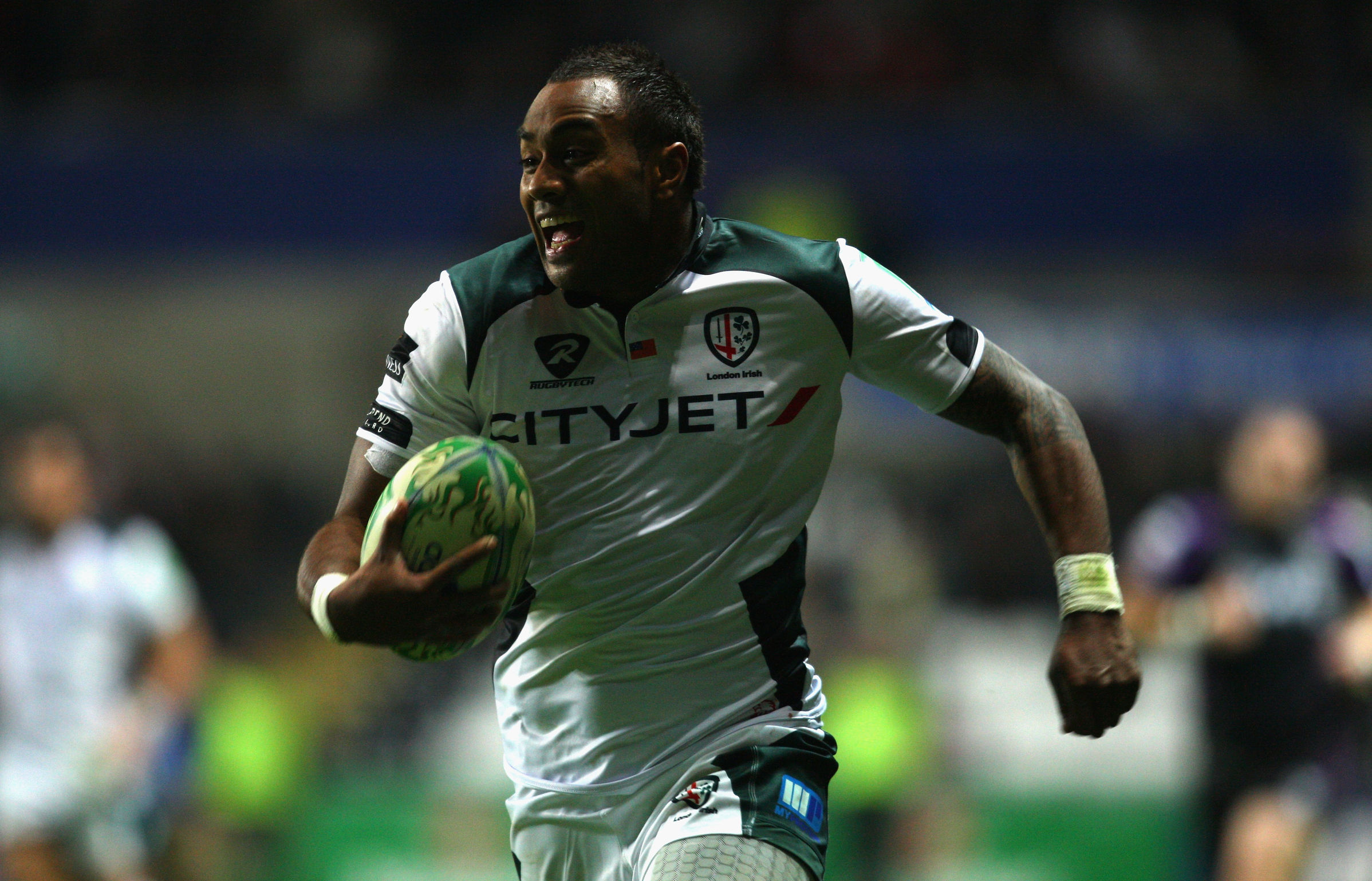 An Exiles legend in his own right, the explosive winger amassed an impressive 57 tries in 157 appearances for Irish in the Madejski Stadium era of the Club.

Now, the Director of Coaching at Two Blues has completed his maiden campaign and has brought relative success to a side that has produced internationals including Steve Mafi and current squad member, Adam Coleman.

The crowning moment of Tagicakibau’s tenure thus far was a win over rivals and Shute Shield powerhouses Sydney University last term, the team’s first in 24 years.

“It’s a really great experience, I never thought I’d get into coaching and the rest of my teammates would be surprised that I was the Head Coach of a Shute Shield team.

“Rugby’s a funny sport- you miss it as a player and coming back now as a coach is a valuable opportunity for me, I’m very happy now and I see it as my safe place.

“Taking up that role, I knew that I had a lot of work in front of me as the Club hadn’t won a game in nearly two years.

“Going up against a team in Sydney University with so much rich history, who had produced so many Super Rugby and international players and really set the benchmark for the competition, to get the win was an amazing, truly awesome experience.

“It’s one that me and the players will never forget, but I think it gave a lot of belief for our team going forward into the competition being our second win of the competition.

“There have been many improvements, but there is an awful lot of work ahead of us because we want to take that step further coming into 2023.” 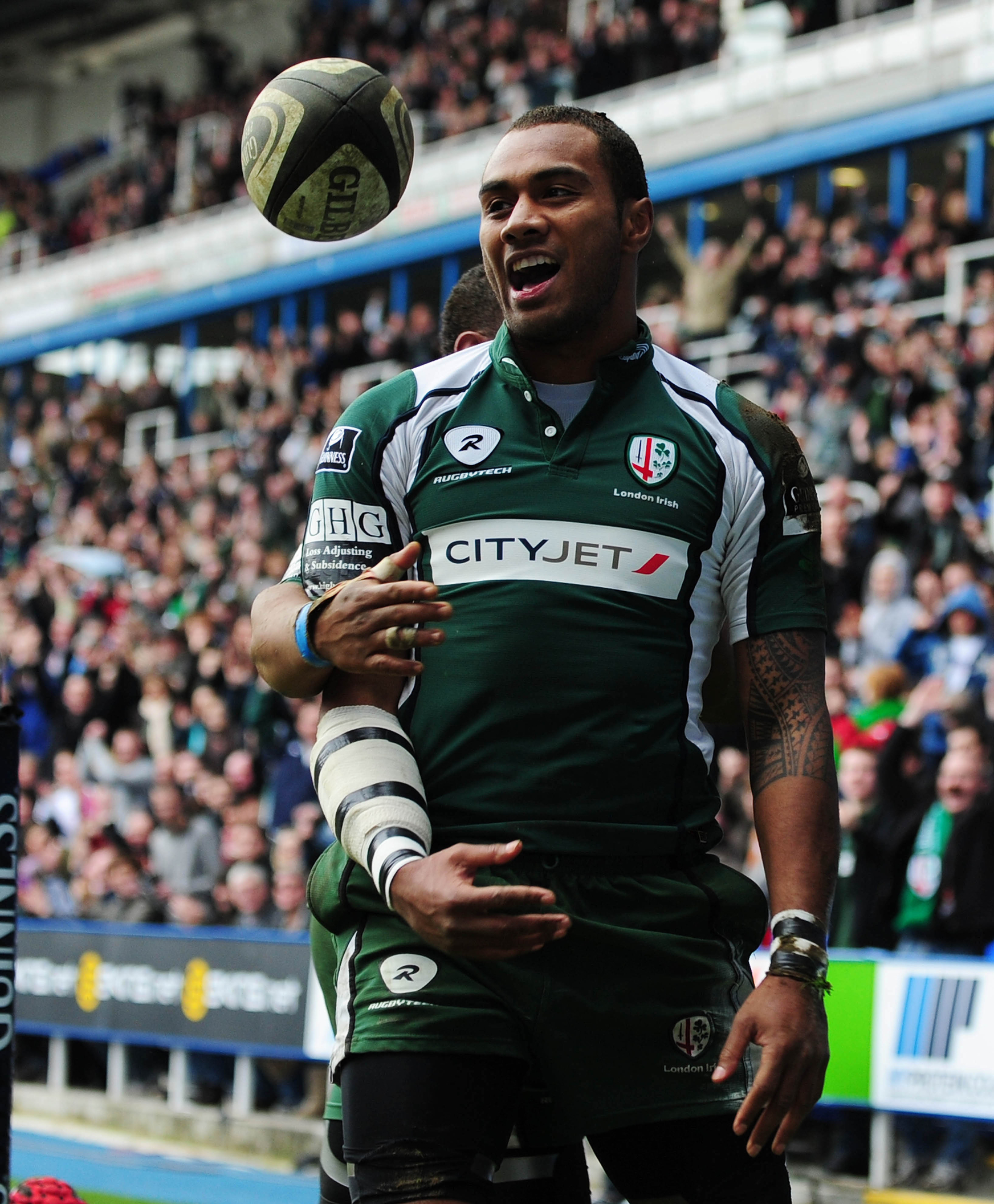 After their 27-19 victory in May, Two Blues went on to win seven games and draw a further result, capping a new era in the Club’s history spearheaded by the former Exile.

Nevertheless, with few players working full-time within rugby, Tagicakibau tells of the challenge in maintaining motivation and morale in a team operating in part-time professionalism.

“It’s a difficult test, and it’s always hard to keep on top of that but I manage the squad individually.

“Each of the boys have different backgrounds and responsibilities outside of footy, especially at amateur level, and some of our guys are doing 12-hour shift work.

“I picked up a player once from his job site and took him to training, he did testing and then he went back to work after.

“There are a lot of pressures that come with the job but I’m really content with where I am, it’s good to have goals going forward and I want to win silverware with Two Blues, and will cross that bridge to the next step when that comes.

“The demands of the amateur game are pretty hard, but it’s about creating that environment that they are willing to make those sacrifices to be a part of and be on the right path to only improve further.

“Part of me coming back here to London was not only because I remember having an amazing time at the Club, but because we had created a similar, enjoyable environment off the back of the culture at each team.”

Having kept a keen eye on the developments of his former employers from afar, the nine-year Irish player has now experienced first-hand the parallels of the current personnel to his era of Exiles.

“There is that famed expansive game and all the tries that come with it; guys like Ollie [Hassell-Collins] and Ben [Loader] coming off their wing and scoring tries, as well as Henry Arundell and Jonathan Joseph’s lookalike Will [Joseph],” Tagicakibau jested, being a former teammate of the current Bath Rugby player.

“I saw those boys came over with England to Australia this summer, it was a treat.

“Seeing those types of players in an Irish and England jersey is great, they’re very similar to what we had back then and we got a lot of joy from the rugby we played, so I can imagine how they are feeling at the moment.

“That running rugby Irish have got is coming back and is helped by the players being quite young, so hopefully it’s the beginning of another good period for London Irish after a few setbacks like Covid.

“I’m really excited for them now.” 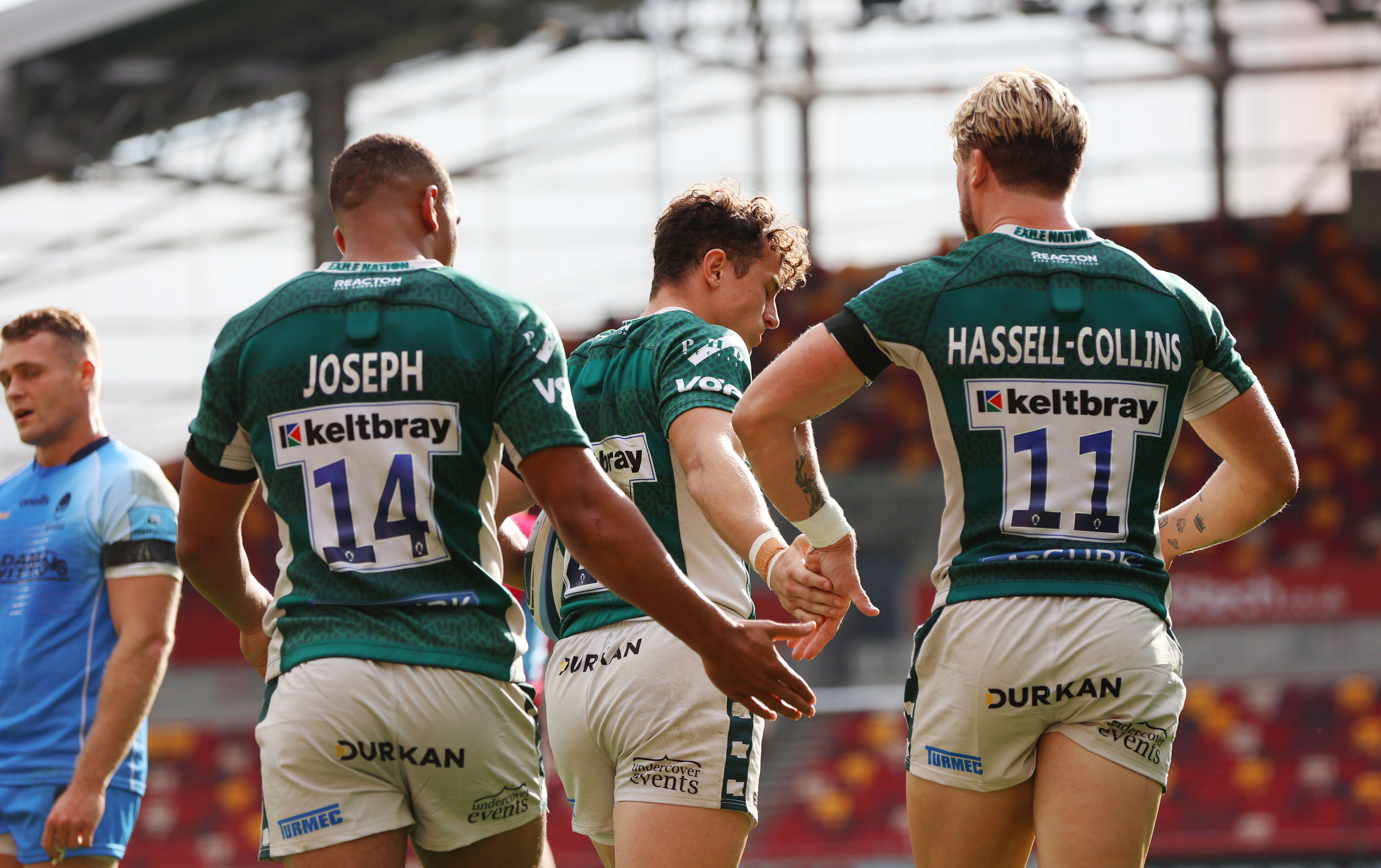 Being back in the capital has also afforded him some valuable time to catch up on years gone by with former teammates who worked together to reach some of the dizzying heights of yesteryear.

“I’m currently trying to pull them all together and catch up with the guys in England, I caught up with Topsy [Ojo] this week and hopefully Delon [Armitage] later on this week.

“There are some guys that I played footy with who are doing some really, really good things like Seilala [Mapusua] with Samoa.

“Seilala and the boys will be going on tour soon and be based around London later this month, so hopefully I can catch up with them then.

“Of course, our boys like Declan Danaher and also Fish [Jonathan Fisher], who was in the Academy when I was here, seeing them as some of the main coaches here is a really great moment for them and the Club.

“I suppose it is part of that transition from one part of the game to another, and of course living on the other side of the world, you can lose connection but I try and reach out to them on social media to make sure everyone is doing ok.”

One of the most special campaigns in the history of London Irish was the 2007/08 season, a fond memory for the former winger when reminiscing of his time in green.

Tagicakibau too hotly anticipates what is in store for Declan Kidney’s side as they make their return to the Heineken Champions Cup for the first time in 11 seasons, taking on one of his former sides in Western Cape’s DHL Stormers.

“The Toulouse semi-final at Twickenham sticks out to me, we had just beaten Perpignan at a nearly full Madejski Stadium and both sides had such star-studded steams.

“Seeing all the Irish fans out in force when we took on the big dogs of European rugby was awesome, myself and Topsy [Ojo] scored that day and we did everything we could.

“Being a part of that, with the Club being in that position for the first time ever, was special and having some great players behind me and in front of me was a great opportunity to measure ourselves.

“Being back in Europe for London Irish is only going to make your squad stronger when you go up against the best.

“It will also give the boys fond memories on and off the pitch, so I can’t wait to see what these players can do ahead of some big fixtures against reigning champions.” 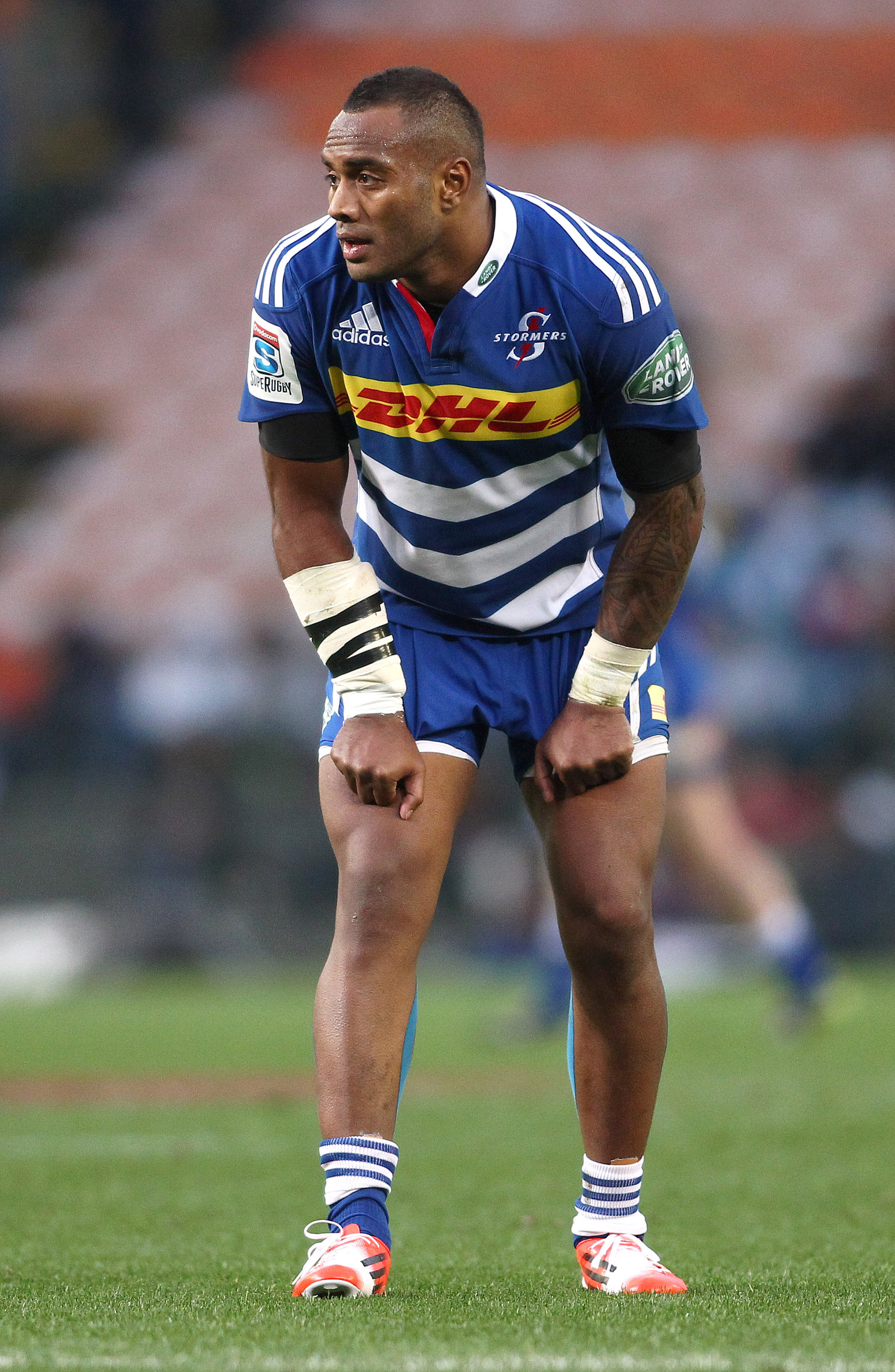 Tagicakibau also still carries with him the mantra of the Exile Nation, something that he has benefitted the game beyond the pitches at Sunbury, Reading and Brentford.

He explains: “Bringing all those different cultures together makes for a unique environment.

“I am pretty well-travelled now, and being from a mixed-race background, everything that I have I put into the environments around me so we can all adapt, learn and grow.

“England are taking a leaf out of that book now with people from loads of different backgrounds to maintain the Exile mentality around improving their own environment.

“It’s about the amount of Exiles that come over to play and contribute to the competition, and give a different look to how the game is played.

“It creates a good culture and improves skillsets, and it’s quite exciting that the game is evolving in England overall, but also at London Irish, because we’re always a step ahead in terms of an attacking rugby point-of-view.

“Irish has that Exile mentality through a variety of cultures always being part of the Club.”