Rugby World Cup Round Up: Maitland Crosses for Scotland 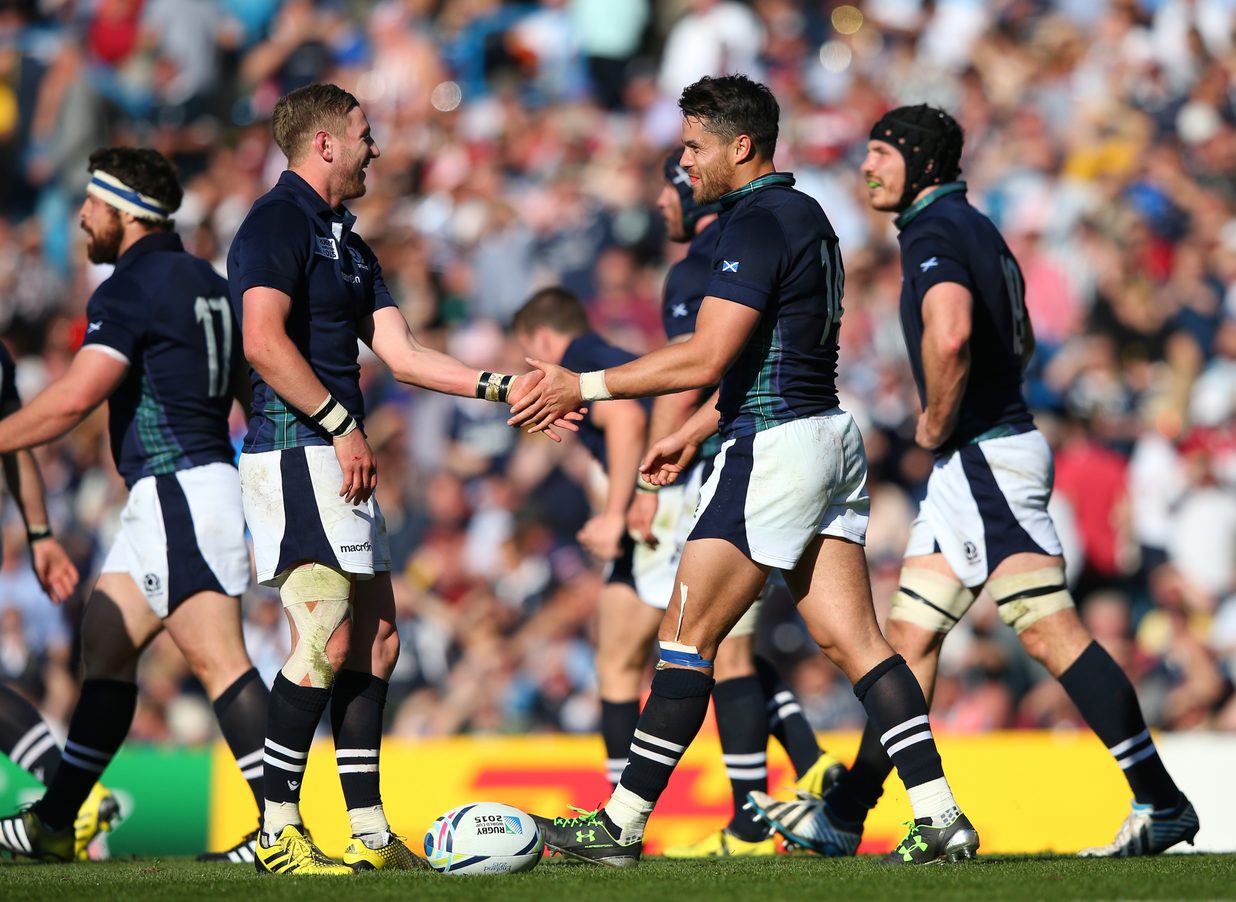 The latest week of fixtures saw four of the six London Irish players at Rugby World Cup 2015 in action.

New signing Ben Franks started for the All Blacks when they faced Namibia at the Olympic Park on Tuesday 24th September. The defending champions were in rampant form, running in nine tries in front of 51,000 as they competed a comprehensive 58-14 win.

A try from The Canucks just after half-time put them in the driving seat at 13 – 15 and as the second half went on it looked as though they would record a famous win over the Azzurri. However, a late surge from the Italians saw them take the lead and hold on for a victory with a final score of 23 – 18.

Ofisa Treviranus led out Samoa for their Pool B clash with South Africa at Villa Park on Saturday 26th September. In a tough game for the Samoans, with South Africa winning 46 – 6, Treviranus led from the front with a typically determined and physical performance. The Samoan captain ended the match as the joint third highest tackler of the day, with a personal tally of eleven tackles. Samoa next face Japan on Saturday 3rd October.

Sean Maitland was in fine form for Scotland in their Pool B match versus the USA Eagles on Sunday 27th September. Maitland’s attacking prowess was in full flow, being ranked in the top five for metres made as well crossing for Scotland’s fifth try, and the 100th of the World Cup so far, as they finished the game 39 – 16 winners.

To enter this competition and to find out more, click here. This competition will close at 12noon this Thursday 2nd October and the lucky winner will be contacted direct.