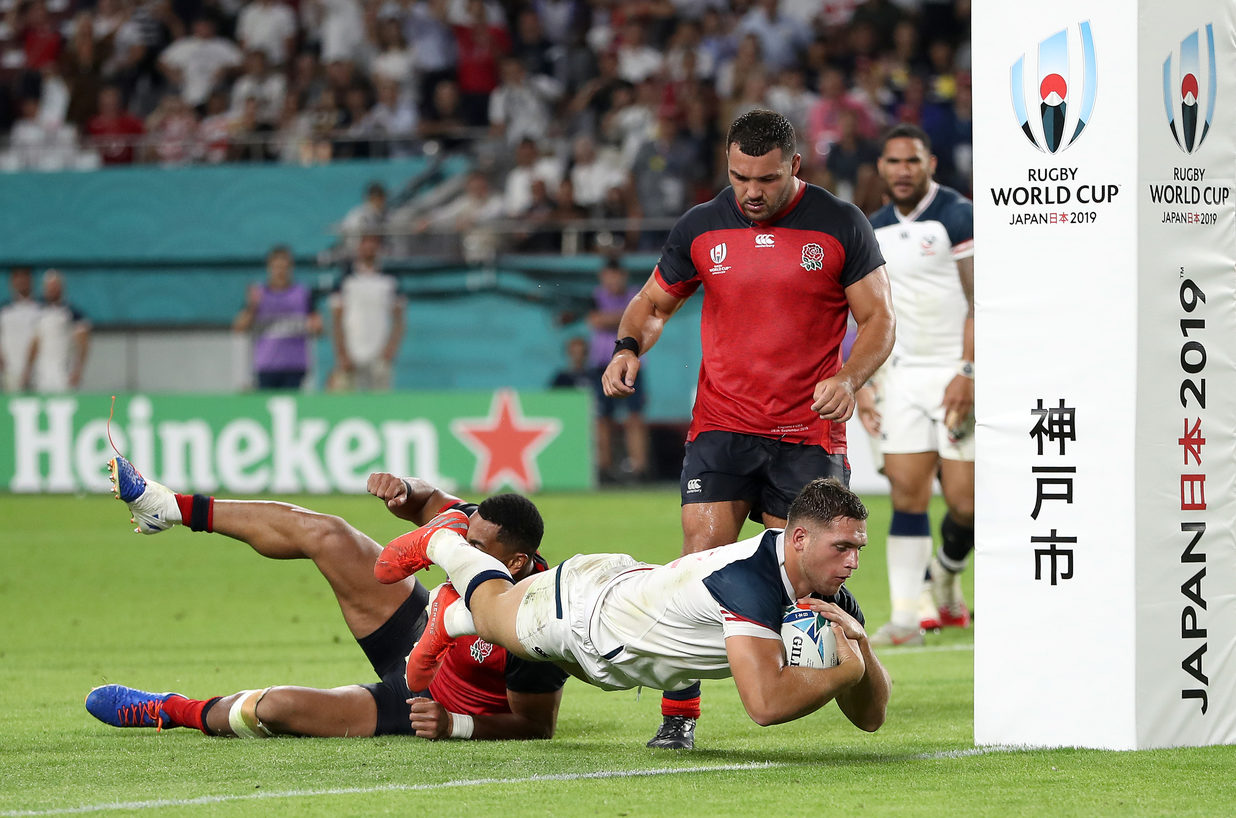 The win saw the hosts go through their group with an unblemished record and elimination for Scotland and London Irish bound Allan Dell.

Bryce Campbell and the USA were unable to get a pool victory as Tonga claimed a 31-19 victory. The victory meant Steve Mafi’s Tonga finished the pool in fourth place behind England, France and Argentina.

Motu Matu’u and TJ Ioane’s Samoa lost out to Ireland in their final pool match, however TJ Ioane continued his impressive display as he finished the group stages top of the tackle charts, with an impressive 59 hits to his name.

Alivereti Veitokani’s Fiji finished the tournament with a hard-fought loss to Wales. Australia recorded a bonus point win over Uruguay, with Sekope Kepu starting the match, to set up a quarter-final clash with England.