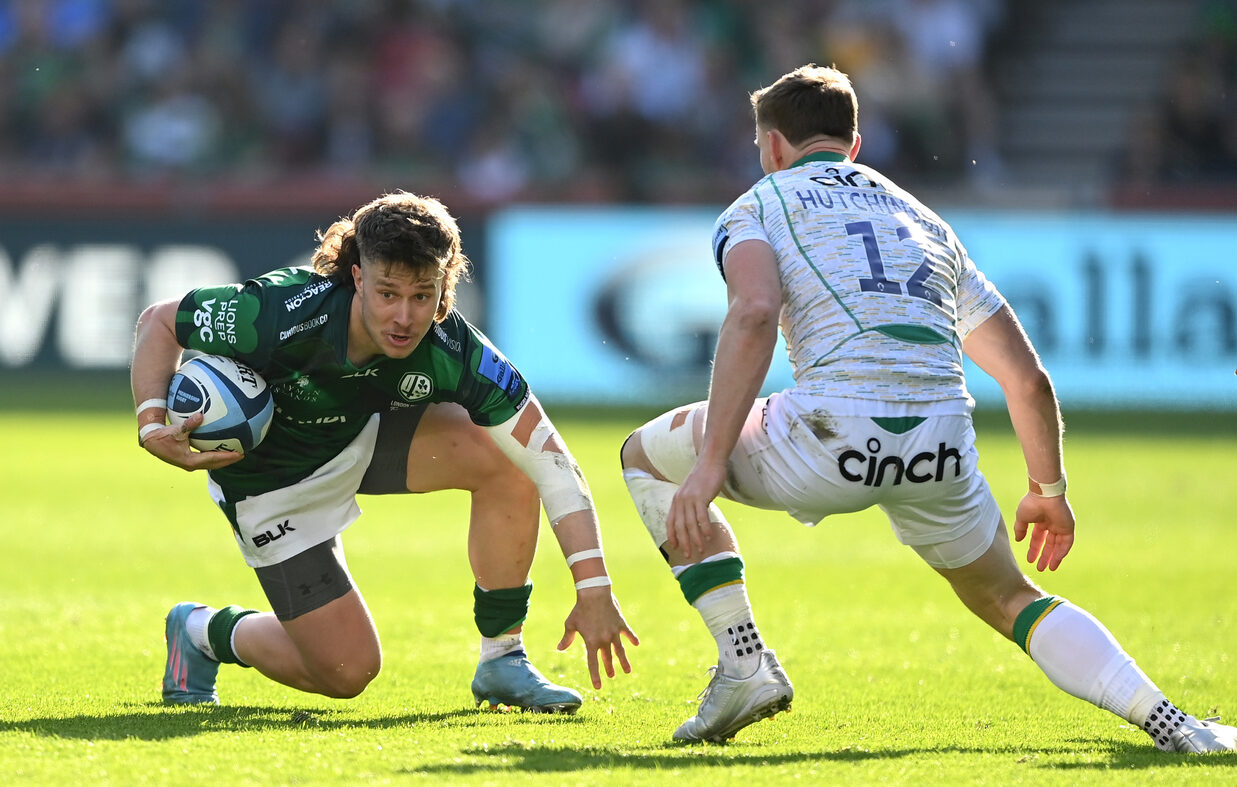 Kyle Rowe made his full international debut for Gregor Townsend’s Scotland side in their second test against Argentina at the Estadio Padre Ernesto Martearena.

The Scots came out on top in the second edition of the summer tour, tying the series at one win each in a four-try, 29-6 victory in Salta.

Irish’s utility back earned his debut off the bench, being substituted on for Northampton Saints’ Rory Hutchinson in the 38th minute in a like-for-like replacement for the full-back.

Rowe’s first action in royal blue was a forced turnover at the breakdown on Juan Imhoff with the clock in the red, allowing his team to win back position and kick for touch to preserve their two-point lead after 40 minutes were up.

An unfortunate premature end to a special occasion for Rowe saw him stretchered off the park with 12 minutes of action under his belt, landing awkwardly in an attempt to clear a later disallowed Guido Petti try.

Irish teammate and fellow back Ben White also made his first start for Scotland after five previous caps for the union, all achieved in 2022.

The typical rapid ruck speed employed by the scrum-half impressed in north-west Argentina, none more so than in the visitors’ second score when White assisted Mark Bennett shortly after resumption.

Exile forwards Juan Martín González and Agustín Creevy also played their part in the entertaining second encounter between the nations, the former amassing the third-most tackles of any Argentinian on the day (14).

Well done to all four of the Club’s international representatives in Salta!