Ross Neal on his Academy extension 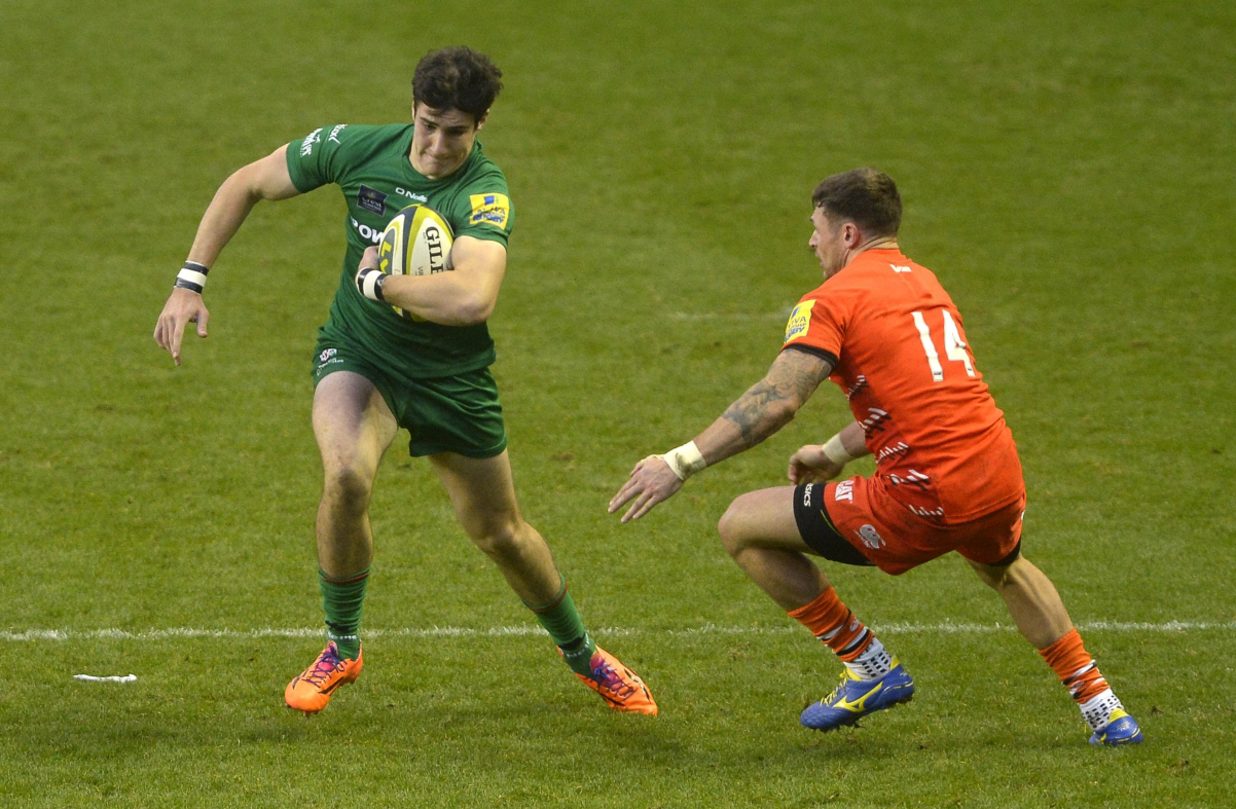 “It pretty much means everything,” said Neal of his extension. “Every time we go out there and pass, kick, train it is with a goal to stay at the Club and keep improving.

“I can’t see myself anywhere else, the Academy set up is amazing and I don’t think you would get the same quality and amount of attention anywhere else. Dodge (Paul Hodgson), Dec (Declan Danaher) and Kendo (Nick Kennedy) look after you and it is a great set up.”

Having Heineken Cup winner Nick Kennedy as Academy Director and London Irish legends in Danaher and Hodgson leading the coaching set up, who between the three of them have over 900 appearances for the Exiles, certainly means Neal and Co have access to a wealth of experience, something they are keen to learn from.

“Its amazing. Usually when you have coaches you take what they say on board but when you’ve got these guys who have pretty much done it all you know what you are getting is good stuff and it is a little easier to take in.”

One key platform for a Club to test their Academy is through the LV= Cup, and at London Irish it is no different, Neal featuring against Wasps earlier in the season.

“You learn more in 80 minutes of an LV= Cup game than you will in a month on the training pitch because you are put in a position where you have to make decisions and big tackles.

“You look at the Wasps game and their whole bench was made up of first team players and there is no steeper learning curve than having Nathan Hughes and Ashley Johnston running down your throat.

“I really enjoyed that experience and it just makes you more hungry to push on and get more of it. It was certainly a step-up in terms of intensity and speed of the game and definitely tougher but I thoroughly enjoyed it.”

For Neal his weekly routine sees him at Hazelwood, the home of London Irish, for the majority of the week with evening training at Esher where he is dual registered along with Ollie Curry.

“It is going well at Esher, they are a great group of lads and it is great for me to get some more game time under my belt.

“I am there on Tuesdays and Thursdays between 7pm and 9pm so I have to balance the load and get my eating right along with Monday to Friday at Irish.

“The season is going well at Esher, I’ve missed 16 weeks of training however through LV= Cup, A league and injury so it can be hard to build momentum like this weekend I was picked to play but cant because of my shoulder so I am hoping for a good run of games now through until the end of the season.”

As for the future, he sees it very simply; “I just want to keep improving. Get as big as I can and look to put my hand up a bit more for next season.”