Assistant Forwards Coach Ross McMillan has credited the challenge Jersey Reds pose this weekend as London Irish prepare for their first pre-season outing of the 2022/23 season.

Saturday’s hosts put up an honourable challenge to Gallagher Premiership holders Leicester Tigers at the Stade Santander International in their first exhibition match fighting back to reduce their deficit on the day to nine points and finish 36-26.

The Exiles meet Jersey, who finished fourth in the Championship last term, for the first time since 2019, where Irish came out on top in a 27-3 win this Saturday (27th).

McMillan concurs on the point made by new signings and former Cornish Pirates Josh Caulfield and Ed Scragg on the physicality of the second tier, but states of the impending determination of Reds to play an attacking brand of the game.

“The Championship isn’t exclusively based around the set-piece, it’s based around rugby, but there has always been that unwritten rule and undertone within the game that you have to have that within your armour,” McMillan explained.

“We know what Jersey can do and we know that they can play rugby, we have players and coaches that know what it is like and I have played there as a player too.

“Going out on the island, you can be a wanted man so we are prepared for what’s in store after a very good performance against Leicester Tigers last week.

“There are a lot of pre-season games and you have to put everything in context and what consists of each game, but you look at that Jersey team and there are a bunch of guys that are excited to play.

“That’s what I’m looking forward to, seeing our guys go and have the chance play and having the chance to concentrate on what we are doing and how we aim to project our game.”

In what will be Irish’s first outing in 98 days, the excitement surrounding a return to action is palpable as the team prepare for a first Heineken Champions Cup venture in 11 seasons.

Making a return to the St. Peter for the first time in almost four years will too evoke fond memories for the Exile Nation, with McMillan returning to a ground he once took to as a player.

Having spent time in both the Premiership and Championship as a player, McMillan is savouring the fixture and talks of how experiences at differing levels of the game have contributed to his coaching perspective.

“There’s no straight line between point A and B, and my career was spent between the Premiership and the Championship and that has given me and utmost respect for that league and the players and coaches that operate in it.

“There are some fantastic Clubs within that league, some great away days with supporters coming from all over to different grounds and it’s a massively beneficial league for the English game.

“I have taken every opportunity presented to me as a player to then get involved in as much coaching as I possibly can.

“Every environment you go in, whether that be good or bad or if you enjoy it or not, it gives you an experience that ultimately I can take into what I am doing now as a coach.” 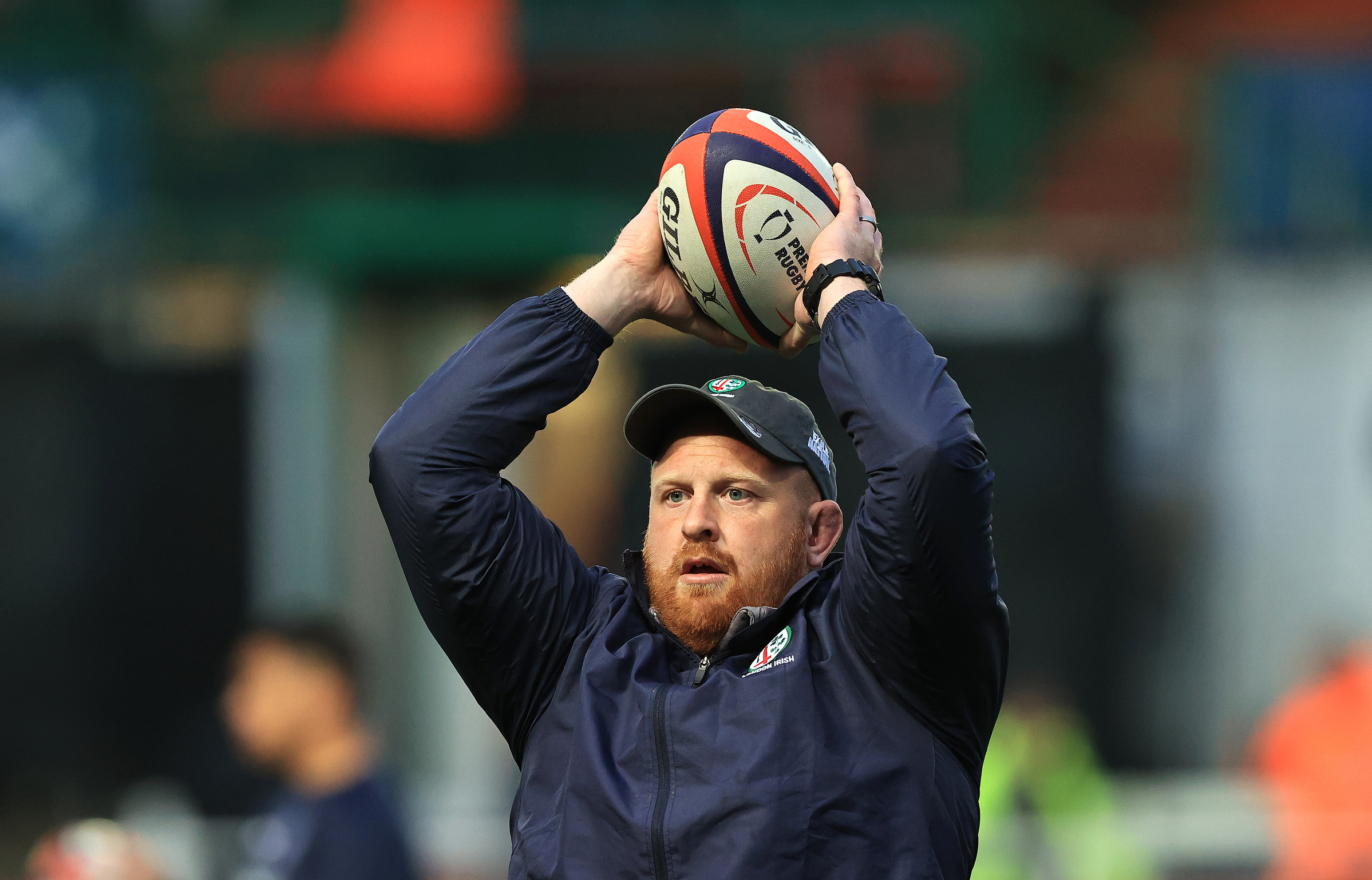 An injection of neoteric talent into the Exile roster this offseason has afforded an opportunity for McMillan and co. to blend in fresh faces ideas as coaches to the London Irish project.

With seven of Irish’s new signings arriving in the form of forwards, the coach speaks of the exciting times of integrating the new boys as Exiles.

“They’ve settled in extraordinarily well, most people within our squad are from all walks of life and different parts of the world which is the strength of our group, we can come together under one banner and learn off the guys coming in.

“We all can experience something new, something different and we all listen and talk to each other so we can all go in the same direction together.

“Having guys in from different programmes and leagues is great getting to know them as rugby players, but ultimately as people as well.

“We’ve had a lot of time in the training paddock and in meetings also, getting guys in various sessions and so on but also spending quality time in family social events.

“The new signings and their families are very welcome here and have invested into the Exile way, we’re anticipating them having a positive impact on our Club and taking to the field for their first experience with the rest of the guys here.”

This weekend’s fixture will look to introduce some of the new signings to life at Irish, and McMillan holds that Jersey Reds will prepare Irish well for what is in store in 2022/23.

“Jersey for the better part of the game in Leicester were the better team, they’ll be physical, they will play, and they will keep coming.

“We won’t dwell on that as we have to focus on playing our game, being who we are and not being afraid of doing so.

“We have had a very good pre-season with a lot of time spent playing against each other, so we have the opportunity to test our structures and express our systems against a very good Club with a team that is coached very well.

“Us coaches and players are excited to get going, as are the fans, there is no step up for step down against a great team like Jersey, it is another step on this campaign, and we start as we mean to go on by approaching each game with the utmost respect.”

Book your place to see London Irish at the Gtech Community Stadium this season with a Season Ticket, available to purchase here.