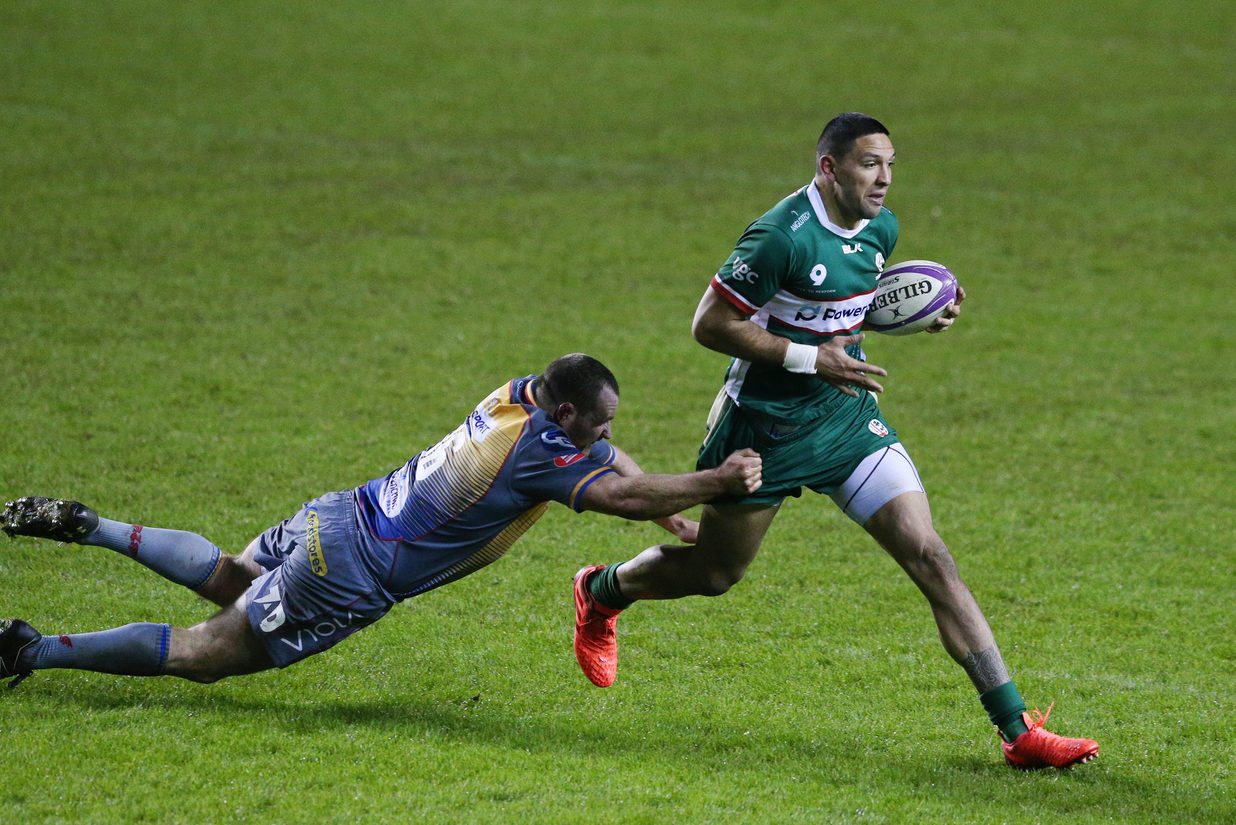 This week, the London Irish squad have been working hard at a warm weather training camp as they continue to prepare for a trip to The Stoop on Saturday 15 February (kick-off 3pm).

Centre Curtis Rona is relishing his time in the sun, but insists the trip is no holiday, with the boys being put through their paces.

“The sessions have been really enjoyable down here. We’ve had some of our best sessions as a team, I think” explained Rona.

“They have been intense, but everyone is loving being back in the sun! The boys have been gelling well and enjoying every time we get out on the field.”

A tight-knit group already, Rona thinks that the trip is a chance for the bond between the players to improve.

“This has been a great opportunity to get to know each other better and it’s the first trip away as a group for an extended period. We didn’t go away in preseason due to World Cup commitments, so it was a good to get away as a group.

“We have a few players coming back from injury, so it’s good for them to be in and around the boys again. Also, we have the younger players mixing with the more experienced players, which will help as we continue to gel and will be important moving forward in the season.”

The squad had a week off following the victory over Northampton Saints, and Rona went on to explain that the performance at Franklin’s Gardens created a positive energy that has continued into this week.

“The morale was high after the Northampton game and still is. Obviously, it was an important win for us. The boys showed a lot of character to craft those last few minutes out, and something that we will need to continue to do in the big games. It was an important few points to pick up as we look to keep climbing the ladder.”

Next up for London Irish is a short trip to The Stoop to take on Harlequins in Round 10 of the Gallagher Premiership. Rona appreciates the special edge to the clash and insists the boys are working hard for next weekend.

“There is a rivalry with Harlequins, obviously they are based just down the road from Hazelwood. We know they have been going really well and have had two good wins recently. They’ve been playing well, and it is a challenge that we are excited about.

“If we could get two back-to-back wins, it would be nice for us. It will be good to build confidence going into future games. Quins is a big focus point for us, and we have been working on our combinations this week. Hopefully we can hit the ground running against them next week. I can’t wait for it!”

Season Tickets for the new Brentford Community Stadium are now on general sale, please click here to secure yours!