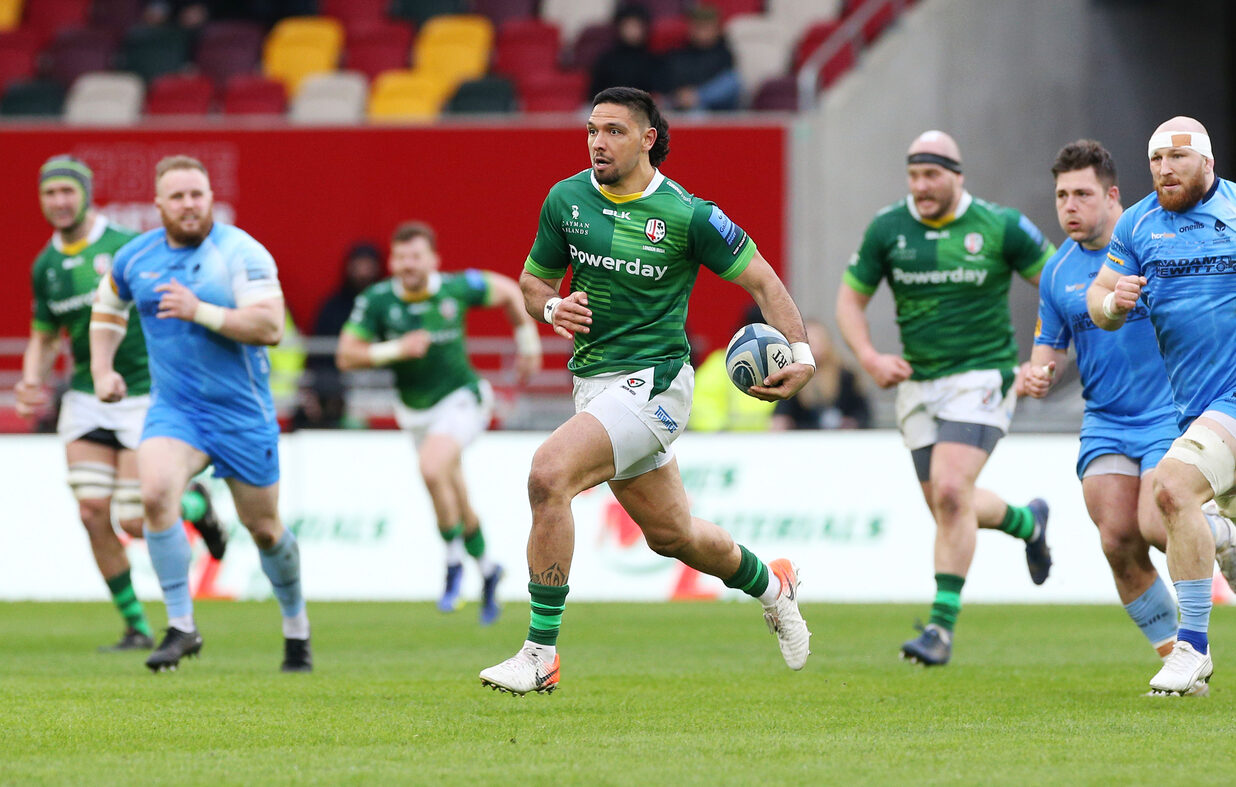 Irish notched seven tries against Steve Diamond’s side on Saturday, with a fine performance in west London seeing the boys in green run out 43-12 victors.

Rona was eager to highlight the contributions of teammates and fans alike in aiding the Exiles to their eighth Premiership win of the season.

“It was a good encounter against Worcester,” Rona declared.

“We knew from the get-go that they were going to be a gritty team, but credit to the boys because we did our homework, and we knew what we needed to do to come out here and get the job done.

“It was massive to have our support there at the Brentford Community Stadium, it always gives us a bit of a boost coming into the game.

“It was a credit to them to come out as well and brave these conditions to support us.”

“We play expansive rugby, as we’ve shown in our latest performances.

“We’re happy with where we are as a squad moving forward and we know that we’re approaching the business end of the season.

“We know we have to be on our game every single week and I think the boys really are stepping up to the plate.”

With 20 points between Agustín Creevy, Lucio Cinti and Juan Martín González, it was also an 80 minutes where the Exiles’ prime Argentinian talent exhibited what they can bring to this team.

Standout contributions from front-row partners Creevy and Facundo Gigena were matched with Cinti’s first try for the Club, along with González’s Round 19-high 24 tackles.

“Gus Creevy is on eleven Premiership tries this season, he’s counting his tally and he will be hard to catch.

“It was great to get on the scoresheet, but most importantly it was even better to get the win.”

Rona and the team will now confront the challenge of facing the league leaders Leicester Tigers at the Mattioli Woods Welford Road this Saturday, knowing just five points separated the sides back in October.

“I expect a big crowd up there, it’s a massive occasion and they’re going to be a tough outfit.

“But we’ll go back this week and reassess what we have to do in preparation for Leicester, because we’ll have our work cut out for us.”