Rogerson: We have an opportunity to take the next step 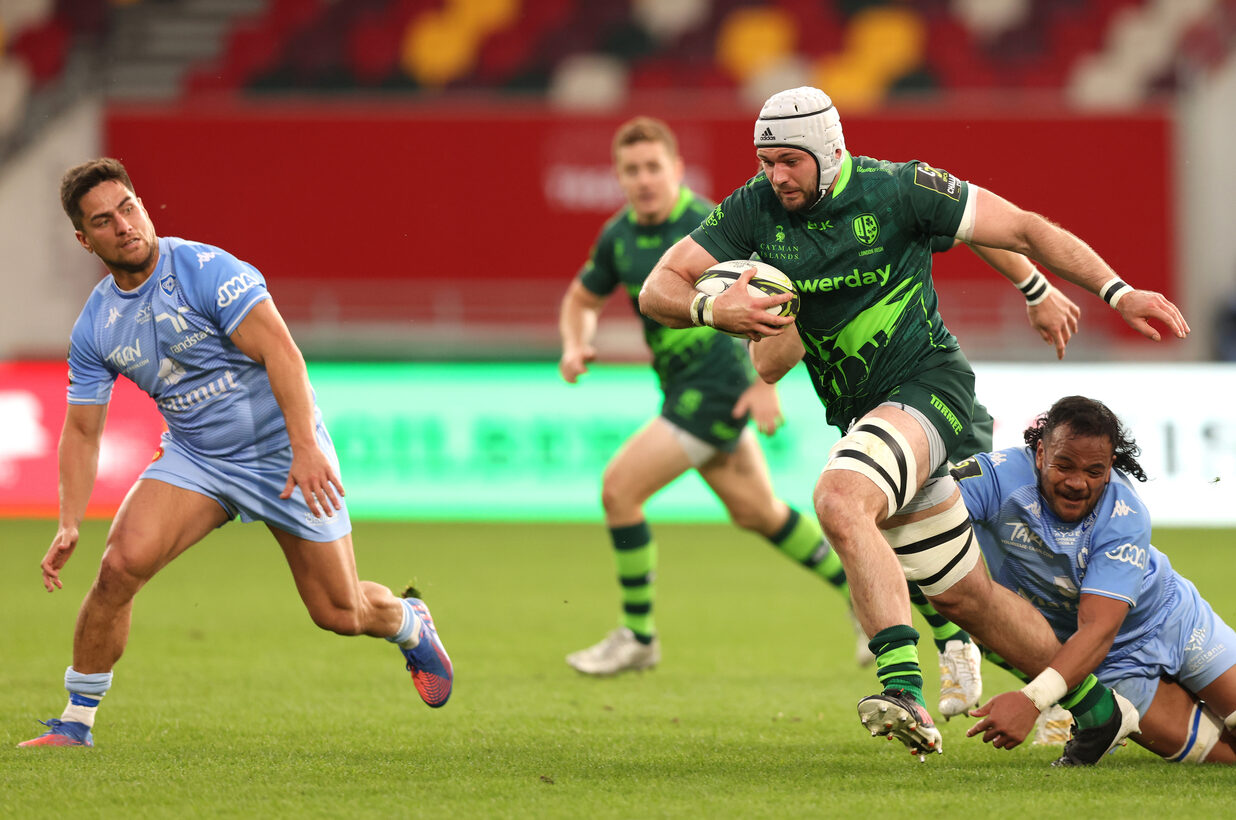 Club captain Matt Rogerson believes London Irish have a chance now to progress to the “next stride” in the Club’s development by qualifying for the Heineken Champions Cup in the final three Gallagher Premiership games of the season.

The Exiles’ difficult billing in the final phase of the season begins with a trip north to face Dean Richards’ Newcastle Falcons this Friday evening, having last weekend progressed to the last eight of the EPCR Challenge Cup against Castres Olympique.

The weekly transition from competition to competition, both domestic and continental, raises issues for Rogerson’s side but the back-rower remains positive about the challenges faced in the concluding stanza of the campaign.

“It’s challenging going from a French team on Friday night in the Challenge Cup, then onto Newcastle this Friday, and then the Premiership Rugby Cup on Tuesday- we have the full breadth of fixtures in the space of nine days,” Rogerson vindicated.

“It’s interesting and good to have different opponents, I enjoyed playing a French side in Europe and it was good to see lads across the squad getting used throughout when different competitions are on.

“There is a lot more variety in the guys that are playing, maybe a few who have been waiting in the wings for opportunities a little bit and are now getting their chance to play.

“It’s great to see and it helps with squad morale at this point of the year now too.”

The need to rotate has been underlined by Irish reaching the quarter-finals of a European competition and semi-finals of a domestic cup for the first time in 20 years, none more so evidenced in lively cameos from Henry Arundell and Will Joseph in the Round of 16 tie against Castres.

“If you are going to compete on all fronts and go on and win something, which is the aim for us this year, you do need a depth in your squad and everyone firing on all cylinders to be able to compete across all of them.

“We do have good strength in depth nowadays, and that has allowed us to reach a European quarter-final and a cup semi-final.

“It’s good to be competitive and great to see all the guys buying into that and being a part of it.

“The Castres result gives us a bit of confidence after a few tricky results like against Saints, we felt like we didn’t perform the way we wanted to and against Quins, it was a decent performance, but we lacked a clinical edge and didn’t finish any of our chances off.

“To come against Castres and to put more than 60 points on them with a good running display, I think it got us back to how we really want to play and showcase what we are about.

“Hopefully now we can carry that momentum back into the Premiership because it’s another tough game going up against Newcastle on Friday night.”

On Friday’s opposition, Rogerson believes himself and the Exile pack will have to be at their best in line with the challenge posed by Falcons.

He explained: “They are particularly strong at home and have made it a difficult place for other teams to go up and get results- maybe that might be geographically or also the fact what they have built around the place.

“We’ll have to be fully on it and take them on up-front in that scrum and maul battle, it’ll be a big area.”

Nevertheless, targeting a first Heineken Champions cup berth in ten years is no mean feat, particularly with the competitive edge that this season has proposed to all the Premiership’s sides.

“Being in that upper-echelon of European competition is the next stride we want to take as a club.

“We have had a few seasons building towards that but haven’t quite achieved it by falling off a little towards the end of the Premiership seasons.

“We have a real opportunity now with three regular season league games remaining to finish really strong and give ourselves that chance to be in the top end of the league.

“That’s the next step for us as a Club and we have a real opportunity.

“It does add a little bit of pressure of what we have to do and achieve, we can’t just go through the motions especially with some of them matches being away, but I have a lot of confidence in the lads in us finishing the way we want to finish.”