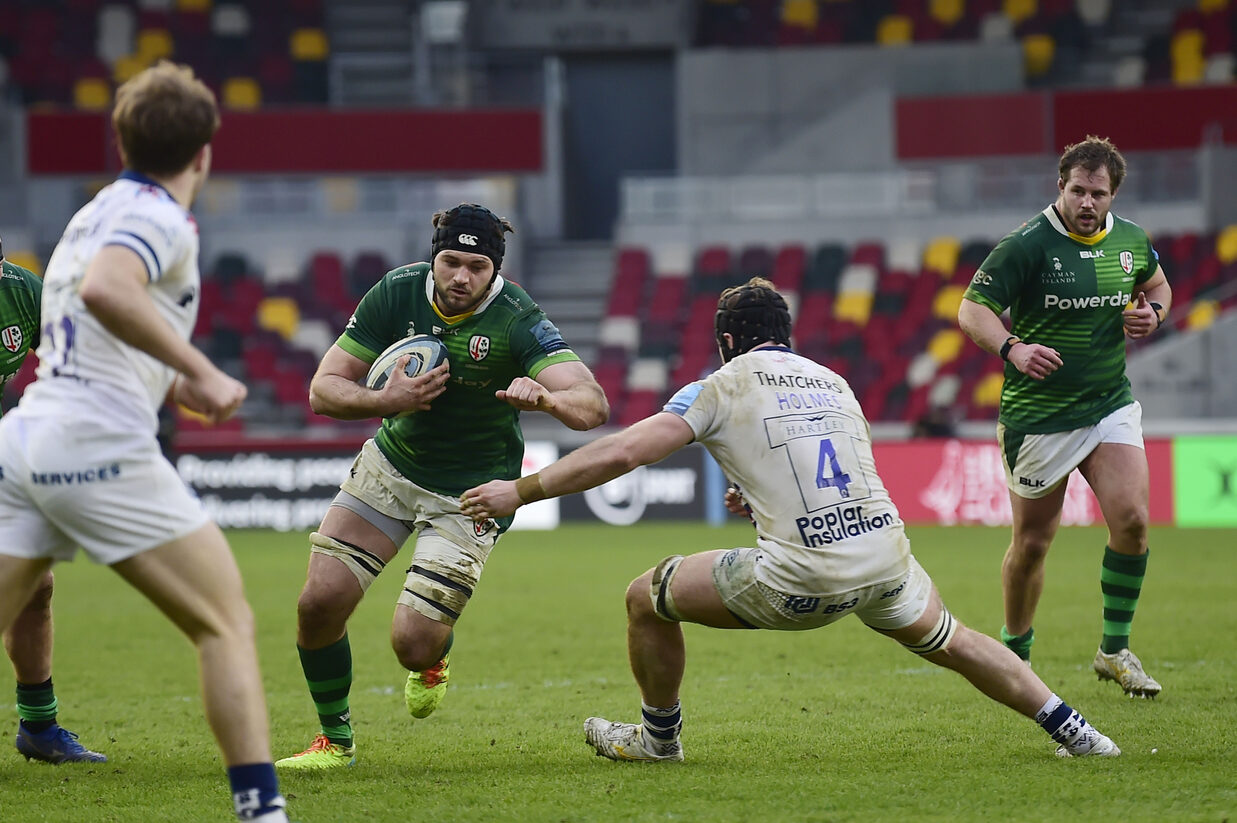 London Irish welcome Worcester Warriors to the Brentford Community Stadium on Sunday lunchtime, in Round 13 of the Gallagher Premiership.

Irish head into the clash in the wake of a narrow loss against Leicester Tigers on Friday night – Declan Kidney’s salvaging a late losing bonus-point thanks to two last-gasp tries, despite being down to 14-men for the final 20 minutes. That return maintained the Exiles place in the top-six.

Worcester, meanwhile, succumbed to a narrow defeat themselves last weekend, going down to a single point loss to table-toppers Bristol Bears. The defeat left them rooted to the foot of the table.

Yet despite Worcester’s current league position, Exiles’ skipper Matt Rogerson is well-aware of the task at hand this weekend.

“Any game in this league is tough – and Worcester, in particular, have been a bit of a bogey side for us, certainly in my time at the club” he said.

“We know what Worcester will bring to the table on Sunday. They’re a good side – certainly better than their league position at the moment suggests – so we know we’ll have to be at our best again to get a positive result.

“We’ll need to be really on it from the first minute to the last.”

Irish have taken six points on the road from their last two fixtures – and now Rogerson is relishing getting back ‘home’ to the Brentford Community Stadium.

“We’ve only lost one game at home this season and we want that positive run of form to continue at our stadium” he said.

“If we can do that, we’re confident we will be in a positive position at the end of the season – that’s certainly the objective.

“Our home record is good, we’re starting to make it a fortress, but the hard work is still very much ahead of us.”

Whilst Rogerson and his Irish team-mates will continue to take it ‘one game at a time’ in their quest for a positive second half of the season, the Exiles back-row admits the players already have one eye on fans returning later in the campaign.

“We’re all looking forward to fans returning” he said, with a smile.

“The boys are well aware that there’s light at the end of the tunnel for everyone when it comes to supporters returning to matches – and, of course, it’s something we’re super excited about.

“The new stadium is incredible, and it will be huge for us to have the fans back, even if it is for just one game, at the Wasps fixture.”

He added: “Equally, we know we’ve got a lot of hard work ahead of us before they do return. We’ll keep taking it week after week, game after game, and see where it takes us.

“But it’s going to be massive to have them with us next season, which – for all sense and purposes – will be seen as our first full season in the new stadium.

“We can’t wait – it’s going to be even more of a special stadium when the fans are back.”